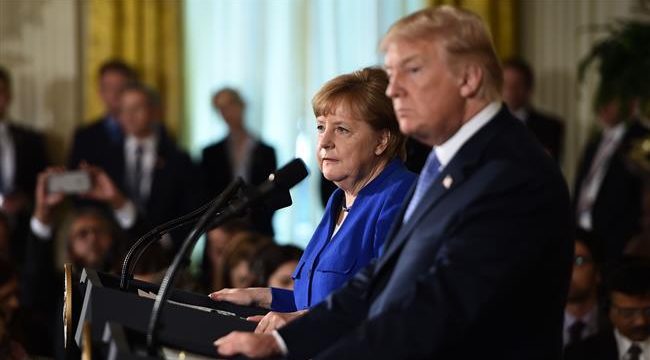 Sputnik– Iranian Foreign Minister Mohammad Javad Zarif is on his way to Brussels to meet EU foreign policy chief Frederica Mogherini as part of Tehran’s bid to save the 2015 nuclear deal following the US withdrawal. Speaking to Sputnik, geopolitical analyst Alexander Azadgan explained why the Europeans have a historic opportunity to break with US hegemony.

Sputnik: What can we expect from Foreign Minister Zarif’s diplomatic trip?

Alexander Azadgan: What we can expect from Dr. Zarif is a repetition of what the Iranians achieved back in the 90s, when President [Mohammad] Khatami was in power, which was basically driving a wedge between Europe and the United States. It’s an opportunity for the Europeans to once and for all pursue their own foreign policy, which they really have not been able to do for the past seventy or eighty years.

I think a lot of these European nations are tired of being vassal states to Washington, and being dictated to on what to do. The Europeans see this as an opportunity to deviate from that pattern and pursue their own foreign policy, especially at a time where the Iranian market seems to be a ripe market for them; the Americans have no place in that market because of the sanctions for the past 40 years. The Europeans have already signed tens of billions of dollars’-worth of contracts with the Iranians. But because of very intricate and complicated financial and legal procedures, even during the two years – since July 14, 2015, when the [Joint Comprehensive Plan of Action] was signed, unfortunately Washington used intricacies in legal and financial matters to both violate the spirit of the law of the JCPOA, as well as the letter of the law.

The Iranians are completely disgruntled with the situation. They believe they have complied with all regulations. The [International Atomic Energy Agency] had inspected Iranian facilities 19 times. The Iranian nuclear program is the most scrutinized nuclear program in human history.

Sputnik: Is it likely that some changes will be proposed to the accord by the other countries committed to the deal?

Alexander Azadgan: What the Europeans, and especially the French, are proposing is a limitation on Iranian missile technology, which is clearly used for defensive purposes. The Islamic Revolutionary Guard Corps, which is in charge of that program, not too long ago limited the reach of these conventional missiles.

In the JCPOA, it is [stated] that if Iran possesses any missiles, or experiments with them in military exercises, they have to be conventional. They cannot be capable of carrying a nuclear warhead. The Iranians have again done this in good faith. Mr. Netanyahu was causing a lot of problems for domestic propaganda purposes, and also for the Europeans, muddying the waters and causing anxiety that Iranian missiles could reach Europe, and that Europe is in danger, which is ridiculous. So the French are going to try to negotiate that, and that is basically one of the Iranian ‘red lines.’

Sputnik: What response are we likely to see from the European side over US sanction threats?

Alexander Azadgan: The way it works up to now is that the petrodollar system and the demand for the dollar is what allows Washington to basically stand further. Because the European countries want to do business with Iran, and because the European nations are not after regime change (which is what Washington has been all about for 40 years since the Iranians had their revolution), the Iranians are going to try to rely on the Euro to sell their oil.

If the Europeans and the Iranians go into business, or the Russians and Iranians or Chinese and Iranians, there has been a precedent that’s been in place for a short time that they’re going to exchange or trade in the currency of other countries, pretty much eliminating the dollar.

Sputnik: What consequences can all this have on relations between the US and the EU moving forward?

Alexander Azadgan: When Mr. Trump comes into office and he wants to start all these trade wars, not just with China but with Europe as well, that’s going to add to Europe’s motivation to want to break away from this hegemonic foreign policy that Washington has been implementing in the past eighty years, and now at an accelerated, concentrated level.

It seems to be me that all the stars are lining up for the Iranians to somehow survive this pattern, this storm that’s coming ahead of them. It’s going to be quite difficult for them in the months to come, but the liberal administration of President Rouhani, which includes Dr. Zarif, is still counting on the Europeans (and it’s a big, huge, grand risk) to somehow this time around pursue their own foreign policy, and that the trade war that Mr. Trump is going to implement against the Europeans would kind of save them.

Sputnik: The Trump administration has expressed its frustration over the nuclear deal, but has not put any alternative on the table. Do you think there is going to be an alternative proposed, or are we basically just looking at an administration that has made a decision and has nothing else to offer?

Alexander Azadgan: Hopefully, this will be President Trump’s first major international defeat. Whatever they have up their sleeve doesn’t matter, because the Iranians are not going to abide by it.

What’s really happening is that when President Trump talks about implementing sanctions against Iran, that’s totally muddying the water. Iran and the United States haven’t had political or economic relations for forty years. So when Mr. Trump threatens that, basically he’s using bullying techniques to say that anyone who does business with Iran is going to be sanctions, whether it’s Chinese companies or Russian companies, or any European countries.