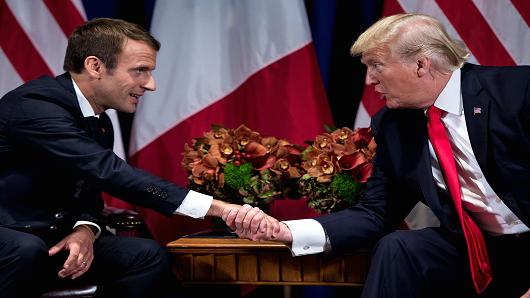 Sputnik – The talks took place after Trump announced US withdrawal from the Iran nuclear deal despite the opposition of the European leaders, including Macron. The French leader reiterated his concerns over the influence that the US move could have on the situation in the Middle East in the recent phone talks with his US counterpart.

Meanwhile, US President Donald Trump has called again for striking a new deal on Iran in phone talks with his French counterpart Emmanuel Macron, the White House said in a statement.

On Sunday, US State Secretary Mike Pompeo said that Washington is ready to work together with the European states on a new Iranian nuclear agreement which “really works.”

The 2015 agreement, formally known as the Joint Comprehensive Plan of Action (JCPOA), was signed by China, France, Germany, Russia, the United Kingdom, and the United States, plus Germany, and the European Union, in a move to make Tehran abandon its nuclear program in exchange to lifting of the western sanctions.