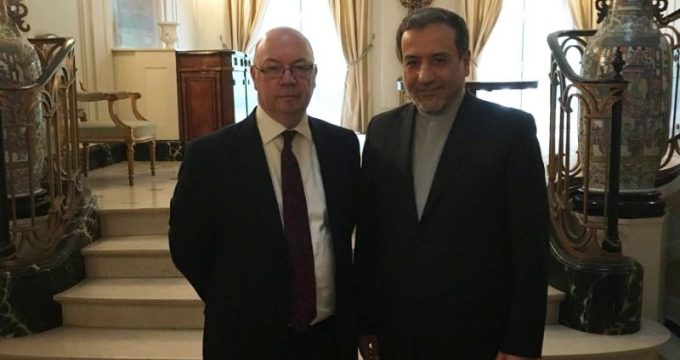 IRNA – Iran nuclear deal – known as JCPOA – is of special significance for Iran-Europe joint security and Britain remains committed to it, a senior British Foreign Office official said on Monday.

Alistair Burt, the minister of state for the Middle East at the Foreign and Commonwealth Office, made the remarks during a meeting in Brussels with Iranian Deputy Foreign Minister for Political Affairs Abbas Araqchi.

During the meeting, the two officials discussed the implementation of JCPOA.

Araqchi is visiting Brussels at the head of a high-ranking delegation to pave the way for a visit to the city by the Iranian Foreign Minister Mohammad Javad Zarif where he is going to meet with his German, French and British counterparts and EU Foreign Policy chief Federica Mogherini as well.

Expert-level meetings between Iran and Europe began on Monday evening and will be continued before a meeting of foreign ministers on Tuesday.