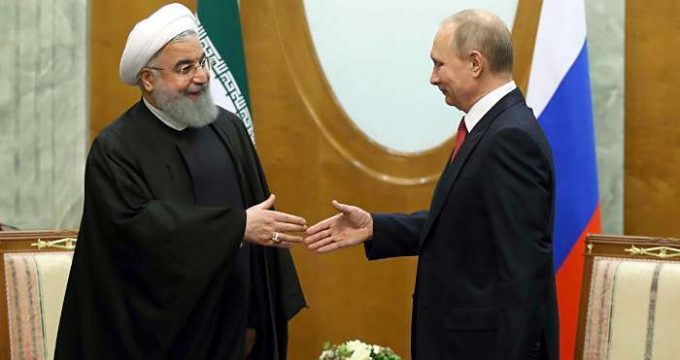 Russian companies to benefit from US Iran withdrawal

Bourse and Bazaar | AFP- While Russia has condemned Washington for its withdrawal from the Iran nuclear deal, Moscow remains less exposed to the economic consequences of US sanctions than Europe and its companies could even benefit from the move.

“The deal and the lifting of sanctions in 2015 marked the return of European business to Iran. But it’s unlikely they can keep doing business today, giving room to Russia,” said independent political scientist Vladimir Sotnikov.

“Russia can now go ahead at full speed,” he added. Russia and Iran once had difficult relations, but have seen ties improve since the end of the Cold War.

While Tehran was shunned by the international community in the 1990s, Moscow agreed to resume the construction of the Bushehr Iranian nuclear plant that Germany had abandoned.

Russia and Iran sought to strengthen their business ties long before the 2015 agreement, despite international sanctions in place.

“European companies are more exposed to the US market, they must comply not to get into trouble. The Russians are less (exposed) and have less to lose,” said Igor Delanoe, an analyst at the Franco-Russian Observatory group.

He added that Russian companies continued to work in Iran “without any fuss” even when the sanctions were in place. “They are used to working within legal and economic constraints. The US has systematically forced Iran to turn more towards Russia and China.”

The situation could revitalize Russian-Iranian economic ties that have been losing ground in recent years despite the involvement of Russian nuclear and oil giants in the Middle Eastern country.

According to Delanoe, bilateral trade amounted to $1.7 billion in 2017, down 20 percent from the previous year and well below the more than $3 billion in the late 2000s.

Moscow ‘Is Not Scared’

On a visit to Tehran on Thursday, Russian deputy foreign minister Sergei Ryabkov said the two countries intended to continue “all round economic cooperation.”

“We are not scared of sanctions,” Ryabkov said.

This echoes statements from China, which has also said it wanted to continue normal business ties with Iran and is currently financing multi billion dollar infrastructure and electricity projects in the country.

“Russia wants to sell steel, transport infrastructure and other manufactured goods to Iran. The less competition from the US and the EU, the better,” said Charlie Robertson, an analyst at Renaissance Capital.

Igor Delanoe said that Russia had a “real role to play” in Iran’s energy and electricity sectors.

Another positive sign for the Russian economy is the rise in oil prices, which rose to their highest level since 2014 after the US withdrawal from the Iran deal.

Analysts at Russia’s Alfa Bank said the current tensions should maintain oil prices at a high level, which they called a “great relief for the Russian market.”

For the Russian state, whose finances remain highly dependent on natural resources, this is a significant source of income at a time when President