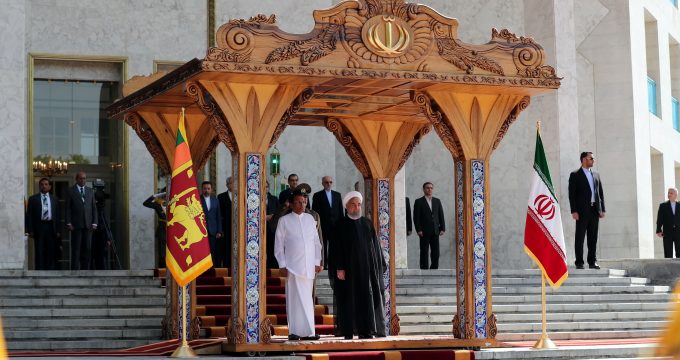 Sirisena heading a high-ranking politico-economic delegation is in Tehran on an official visit.

The trip aims to promote relations between two countries.

The talks between the Iranian and Sri Lankan presidents will start after welcoming ceremony.

Holding talks and signing of documents are on the Sri Lankan delegation’s itinerary.

Rouhani had earlier met with Sirisena at Asia Cooperation Dialogue (ACD) summit in Bangkok on October 10, 2016.