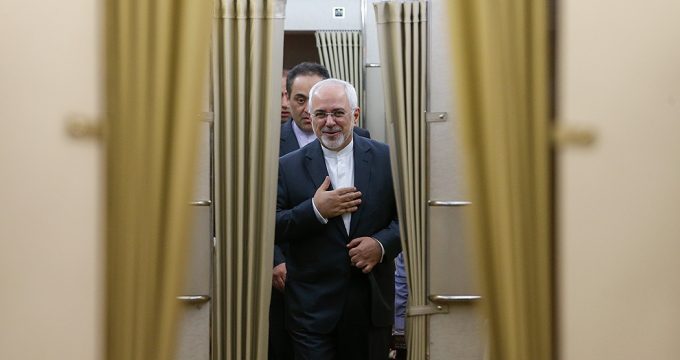 Top Iranian diplomat to visit Moscow on May 14 — source

“Mr. Minister will visit China on Saturday [May 12], will pay a visit to Moscow on Monday [May 14] and will take part in a meeting of the European parties to the deal in Brussels on Tuesday [May 15],” the source said. “In Moscow Zarif plans to meet with Lavrov.”

“[The two sides] will discuss the situation around the Iranian nuclear deal,” he added.

On May 8, US President Donald Trump announced Washington’s decision to withdraw from the Iran nuclear deal as it, in his words, leaves Iran a possibility to create a nuclear bomb bypassing all the restrictions. He said another agreement with Iran should be signed.

Meanwhile, UK Prime Minister Theresa May, French President Emmanuel Macron and German Chancellor Angela Merkel issued a joint statement calling on all other parties to the JCPOA to stay committed to their liabilities under it.

Iranian President Hassan Rouhani reiterated his country’s commitment to the deal, saying Teheran will continue to implement its liabilities.

The Joint Comprehensive Plan of Action (JCPOA), known as the deal on Iran’s nuclear program, was signed between Iran and six international mediators (the United Kingdom, Germany, China, Russia, the United States, and France) on July 14, 2015. On January 16, 2016, the parties to the deal announced beginning of its implementation. Under the deal, Iran undertakes to curb its nuclear activities and place them under total control of the International Atomic Energy Agency (IAEA) in exchange for removal of the sanctions imposed previously by the United Nations Security Council, the European Union and the United States over its nuclear program.