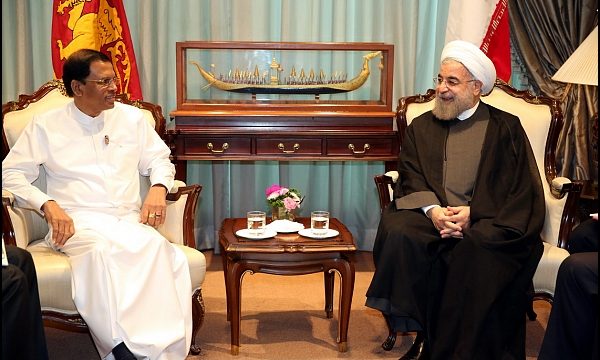 Sri Lankan president to arrive in Iran on Sunday

According to Sri Lankan media, during his visits, the Sri Lankan president will focus on improving Iran-Sri Lanka economic and trade ties as well as encouraging Iranian investments in the country.

The official meeting between Sri Lankan President Maithripala Sirisena and the Iranian President Hassan Rouhani will be held on Sunday May 13 and a new Memorandum of Understanding will be signed on enhancing economic and trade relations between the two countries, Sri Lankan media reported.

Mr. Sirisena will also attend a special investment and a business forum organized by the Iranian Chamber of Commerce. He is also scheduled to make an observation tour to the Iranian parliament.