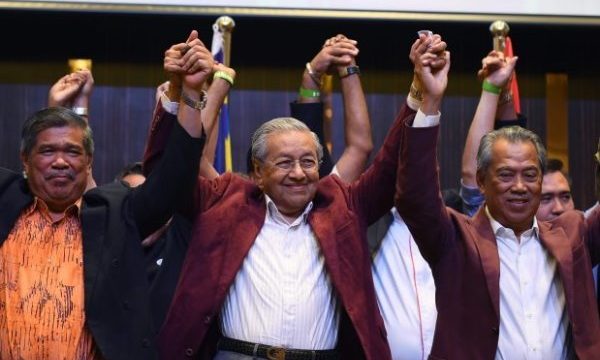 MNA – Iran Foreign Ministry and President Rouhani have extended congratulations to Malaysia on its successful May 9 election, which resulted in a shock victory for the opposition headed by 92-year- old Mahathir Mohamad.

In a statement on Friday, Iranian Foreign Ministry Spokesman Bahram Ghasemi noted the massive turnout to the May 9 election in Malaysia, saying the active participation of the younger generation in the voting process indicated the vitality and political maturity of the Malaysian society.

Ghasemi also congratulated the Malaysian people and Mahathir Mohamad as the country’s seventh prime minister on the peaceful and successful election, voicing hope that Iran and Malaysia would further expand their bilateral relations in all areas during Mahathir’s term in office.

Iranian President Hassan Rouhani also forwarded a message of felicitations to Prime Minister Mahathir, praying for his continued health and success, as well as the nation’s felicity and prosperity.

Rouhani further voiced confidence that relations between Iran and Malaysia will prosper in line with consolidating unity among the Islamic Ummah during Mahathir’s term in office.

Mahathir has retaken the post as Malaysia’s prime minister after a 15-year interval. At 92 years old, Mahathir became the world’s oldest elected leader.