A Look at Iranian Newspaper Front Pages on May 12

Iran Front Page- IFP has taken a look at the front pages of Iranian newspapers on Saturday, May 12, and picked headlines from 22 of them. IFP has simply translated the headlines and does not vouch for their accuracy.

The recent developments in Syria and the Golan Heights were also a top story. Many papers blasted the Israeli regime’s attacks on Syrian positions and described it as a move to escalate the tension and provoke Iran into getting engaged in a military conflict. 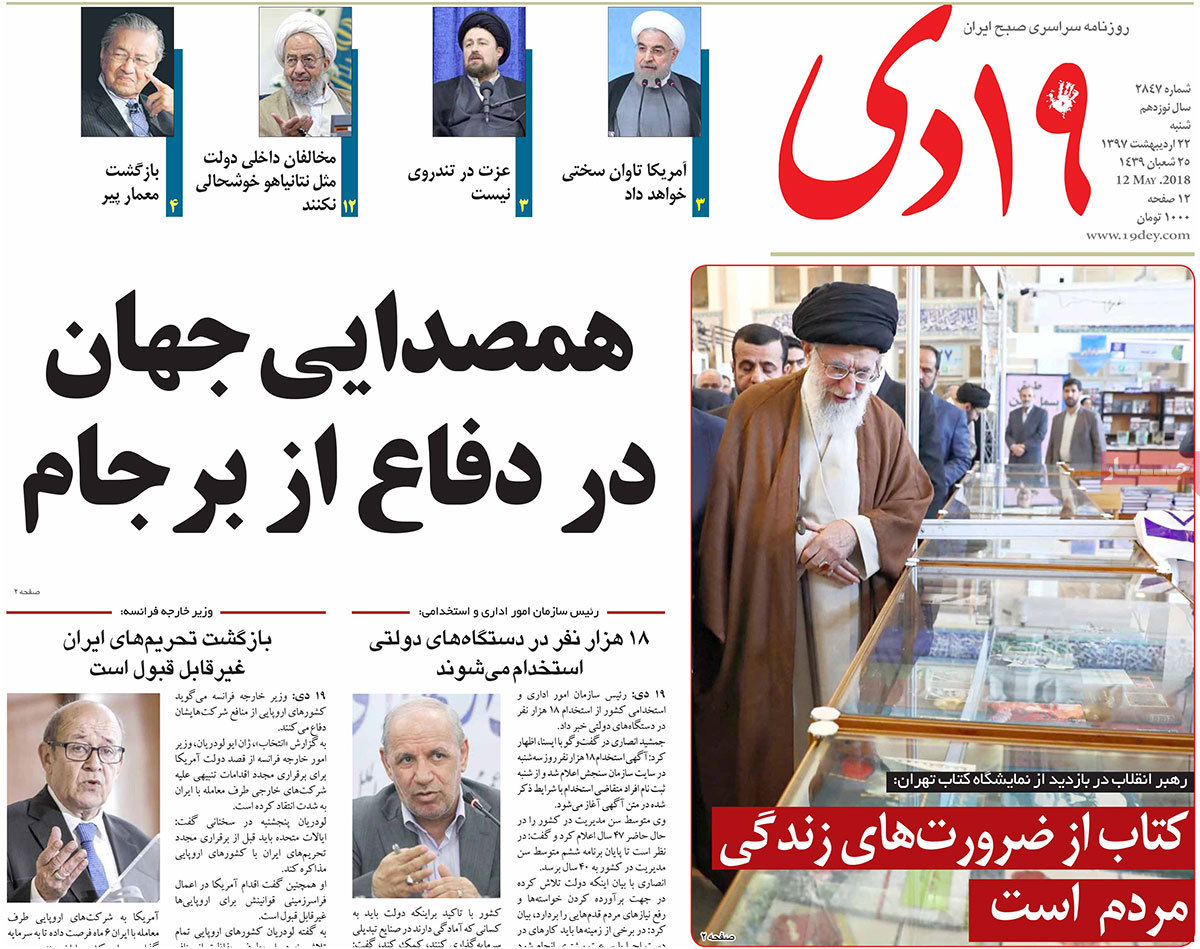 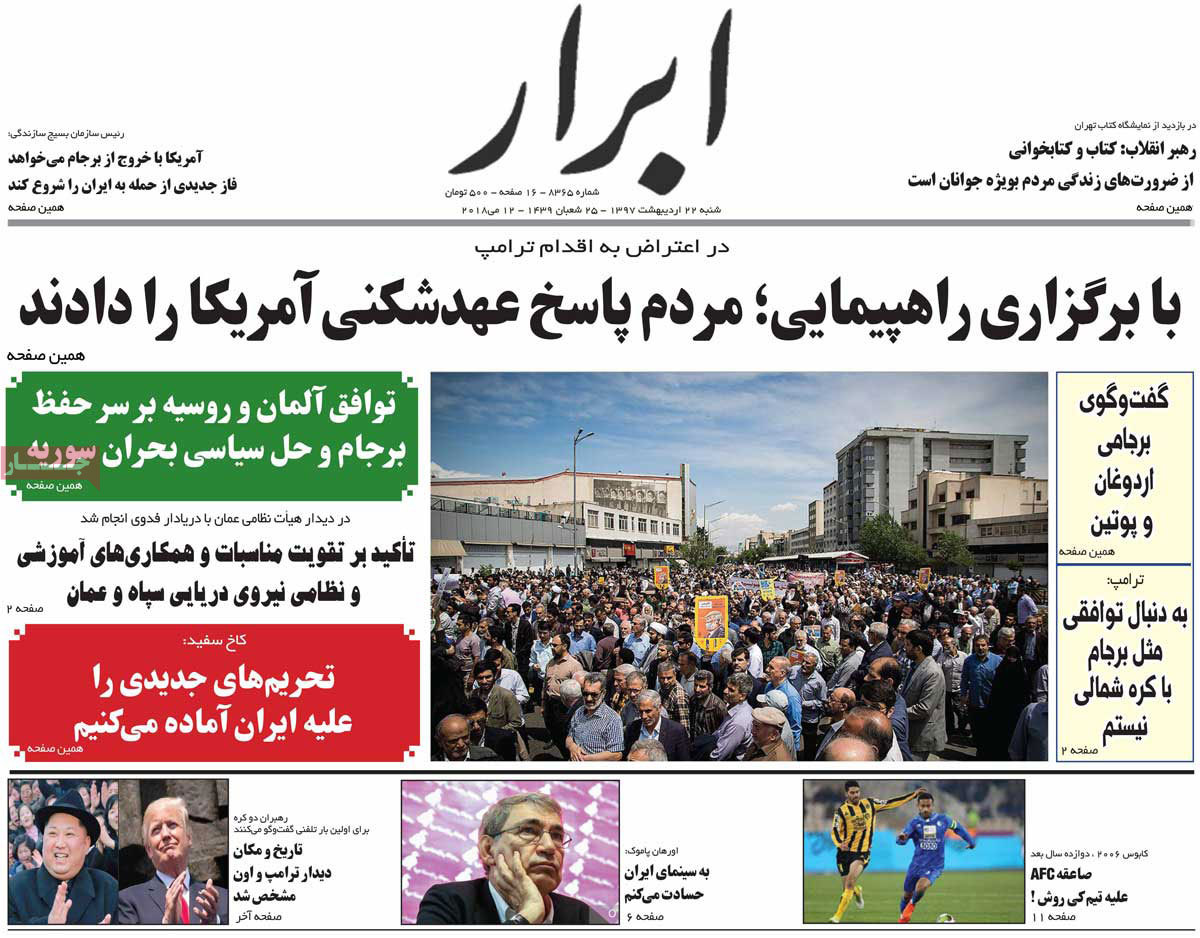 1- Ignored by Everyone, Iranian Female Futsal Players Make It to Asian Final

2- Diplomats, from Tehran to Berlin, Working Hard to Preserve JCPOA 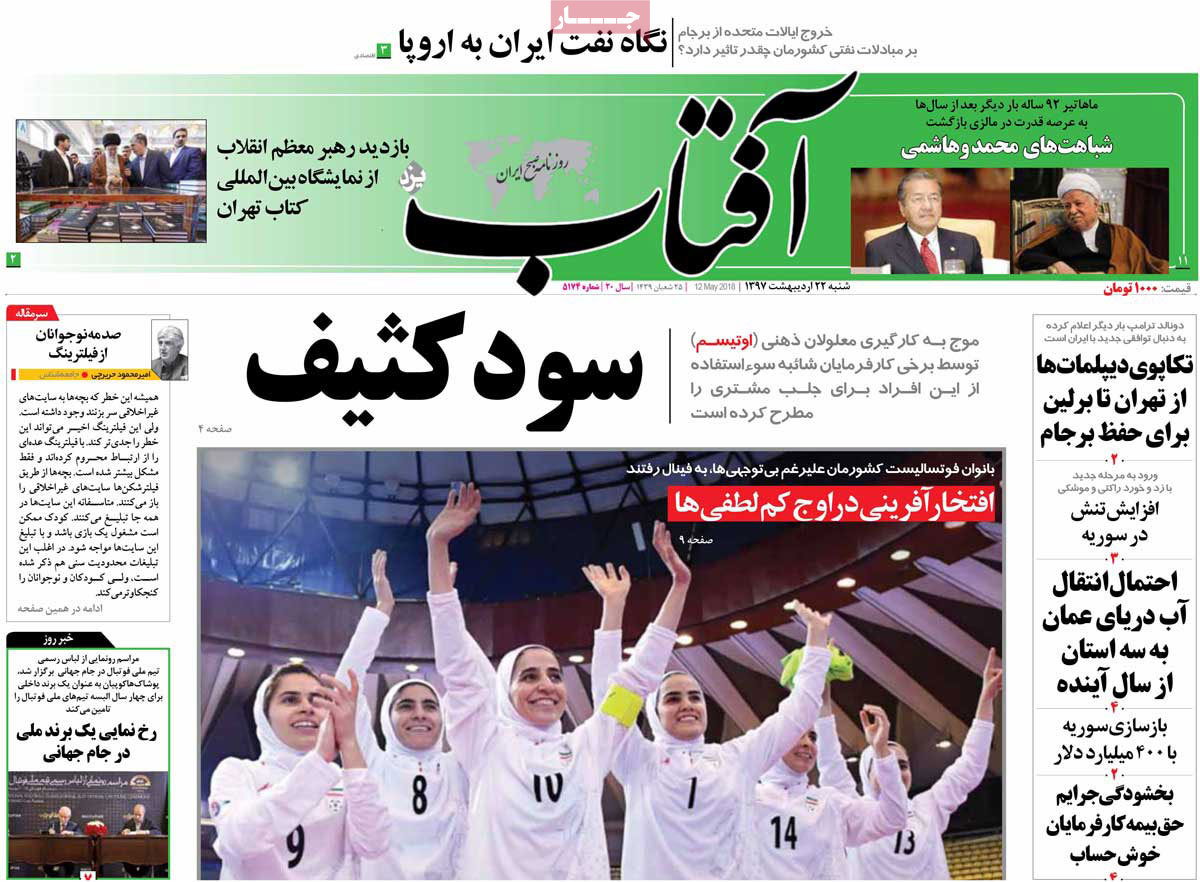 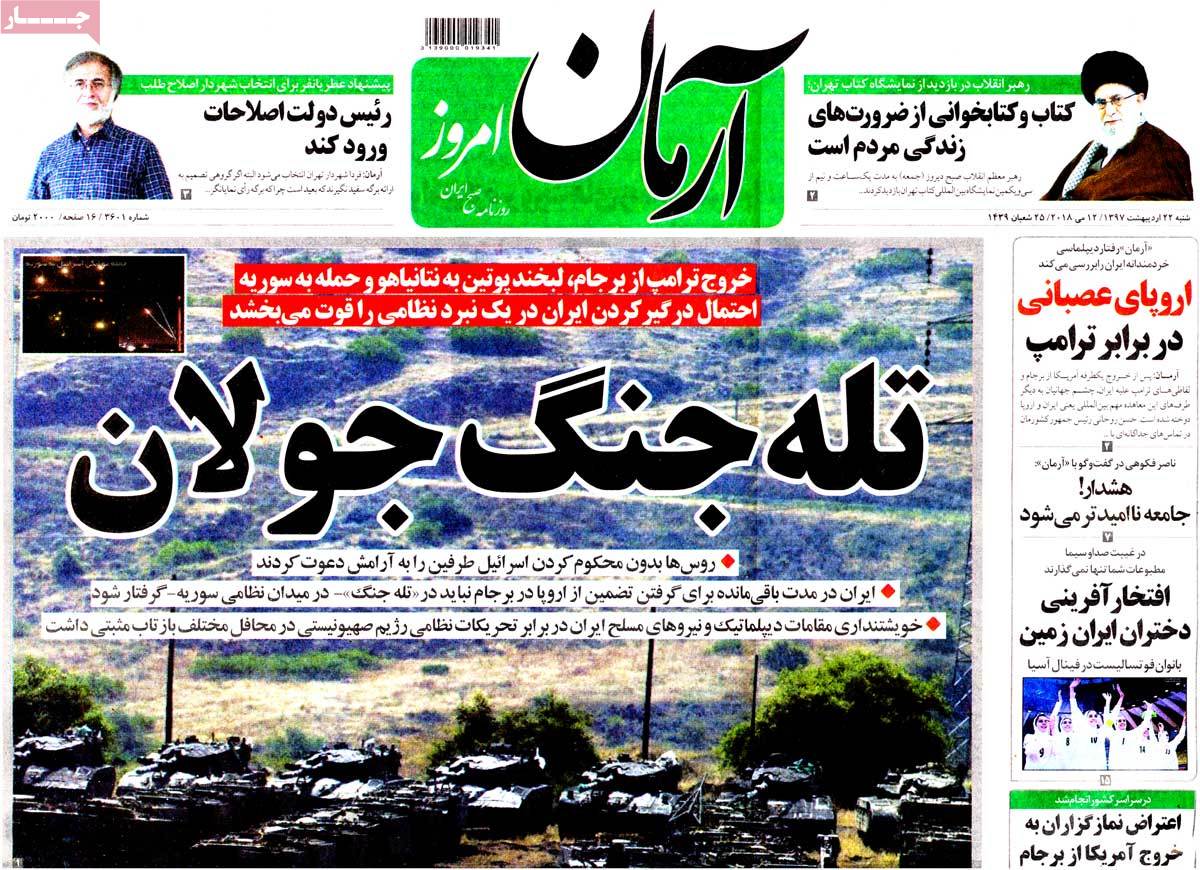 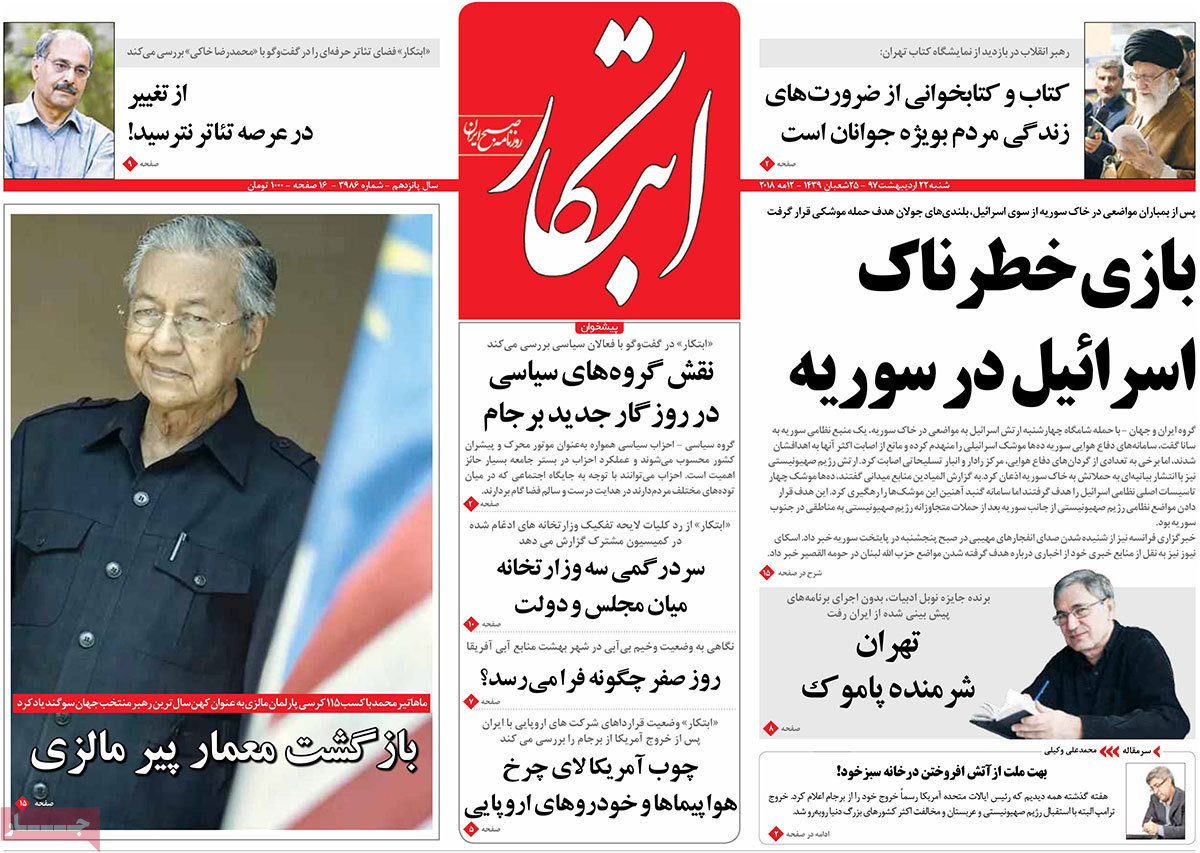 1- Oil Minister: We’ll Have No Problem in Oil Exports

2- Trump: We Knew Kerry Didn’t Have a Chance against Zarif 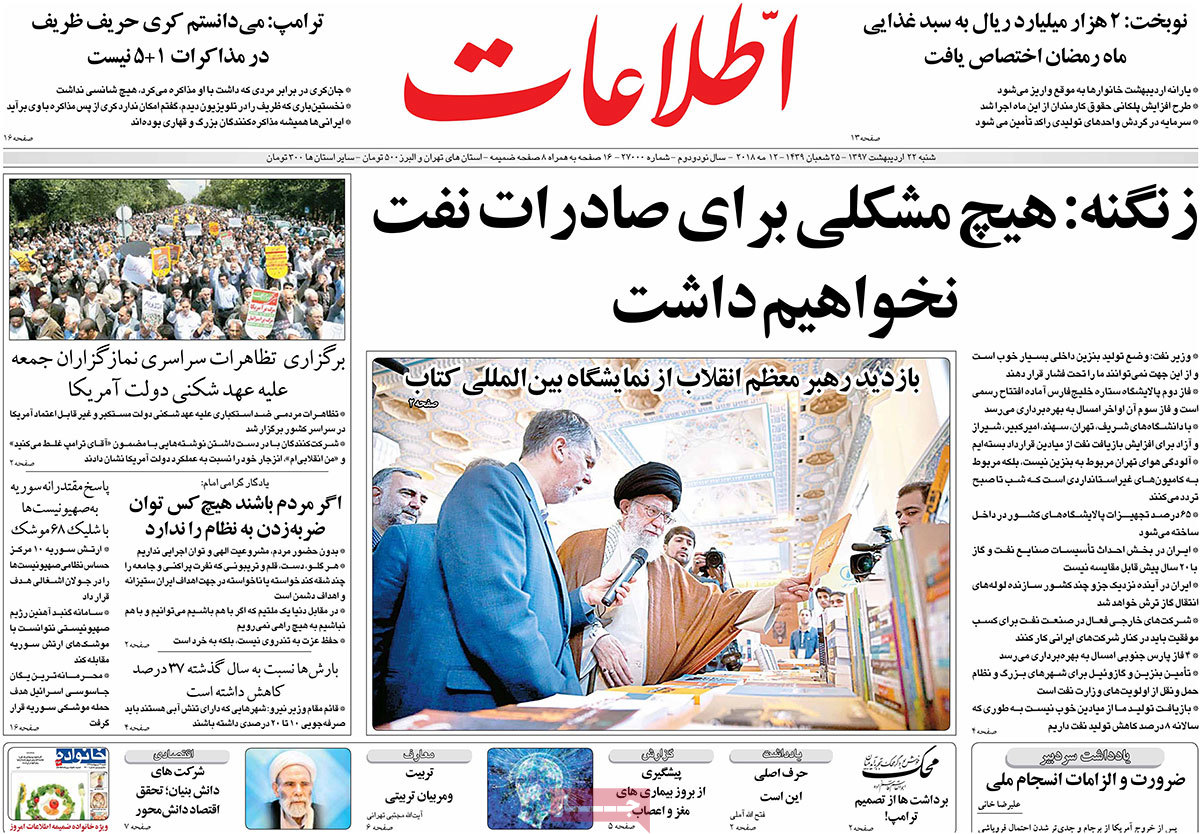 1- Europe Poised to Gain Independence from US 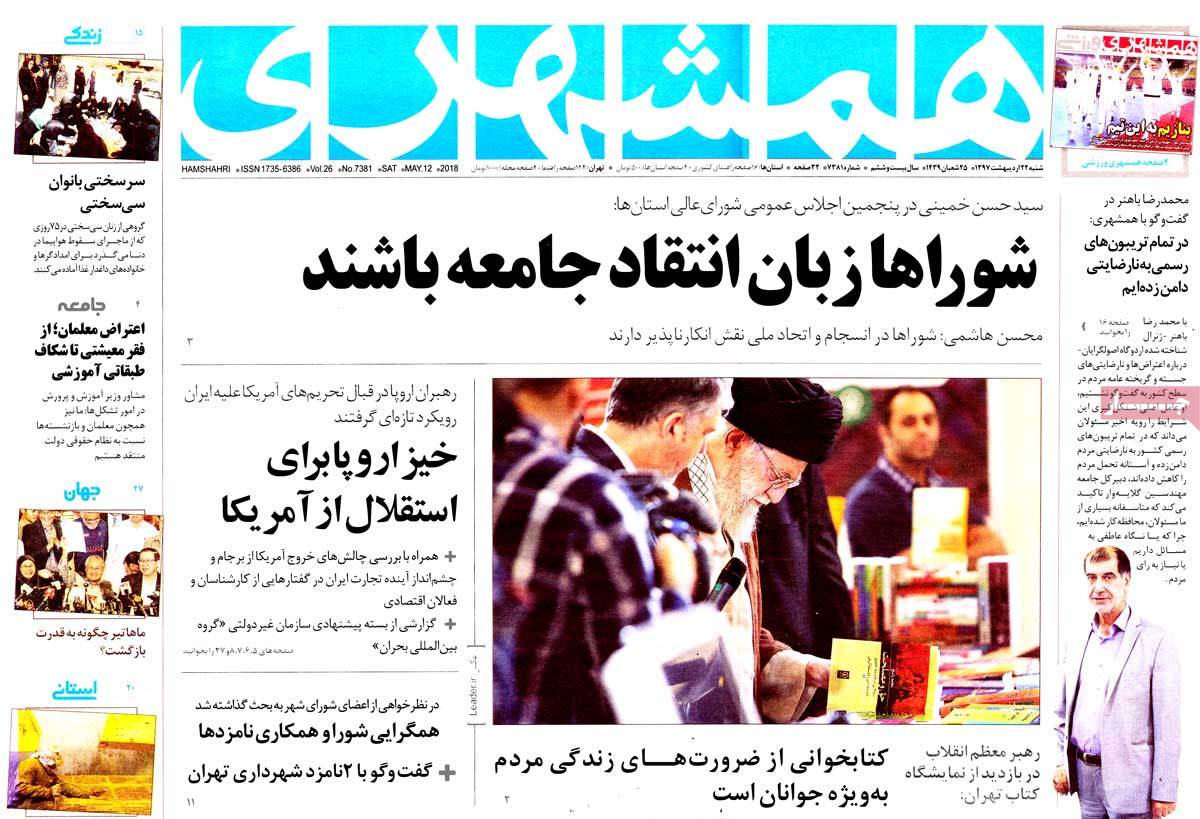 1- Mohammad-Javad Larijani: Iran Currently Has No Commitment under JCPOA 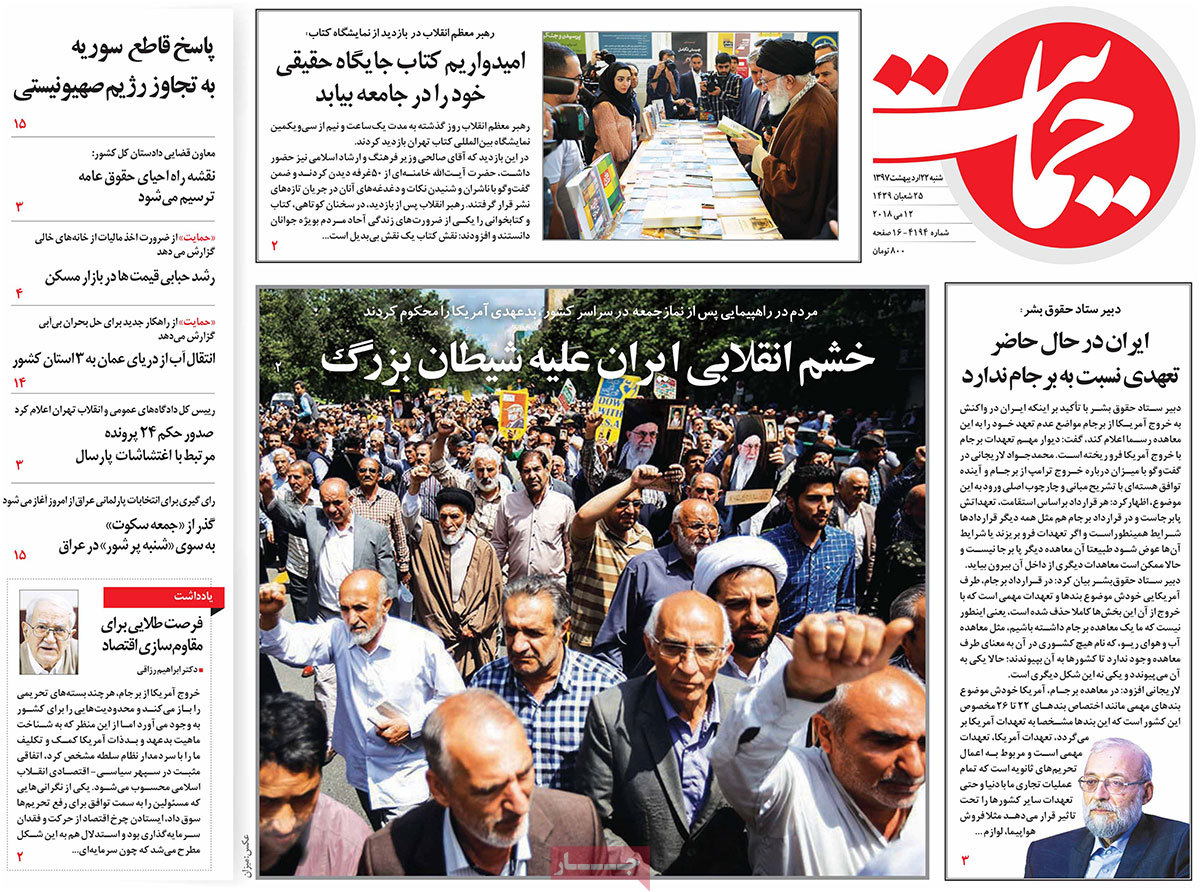 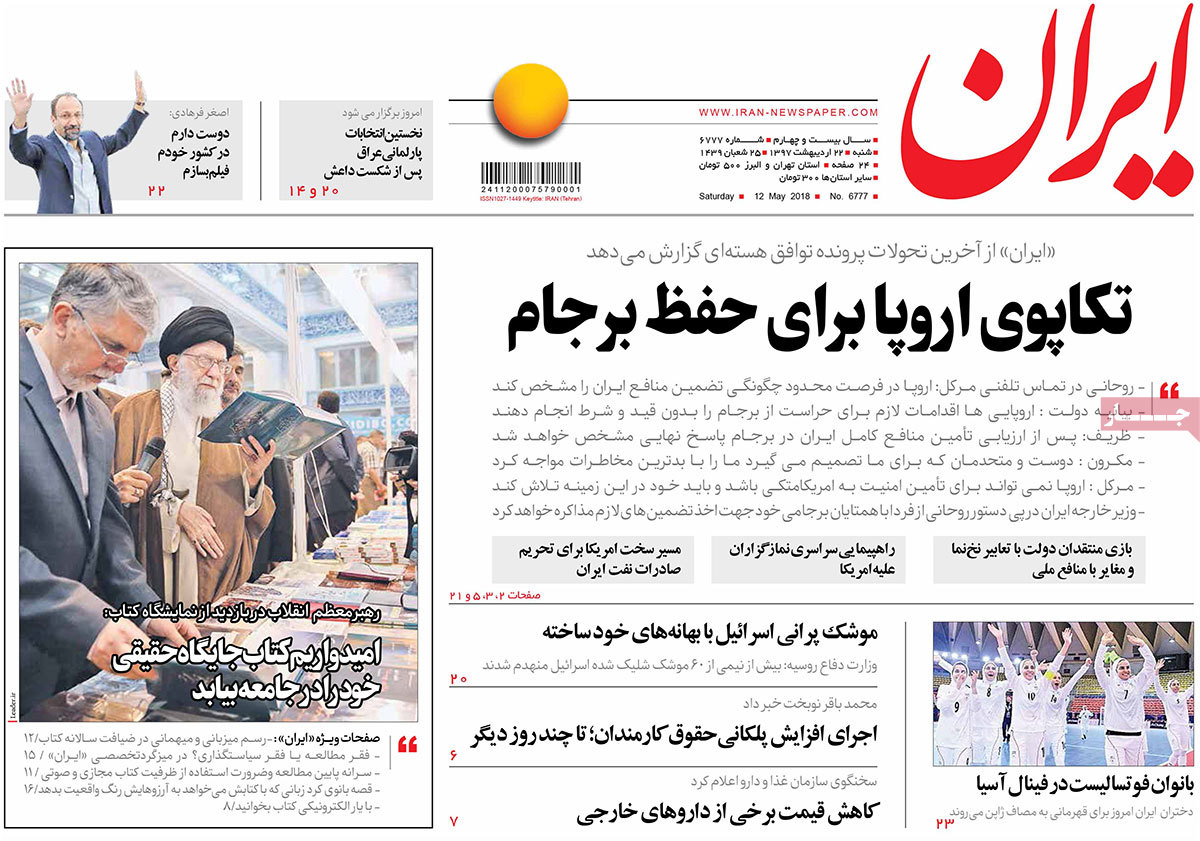 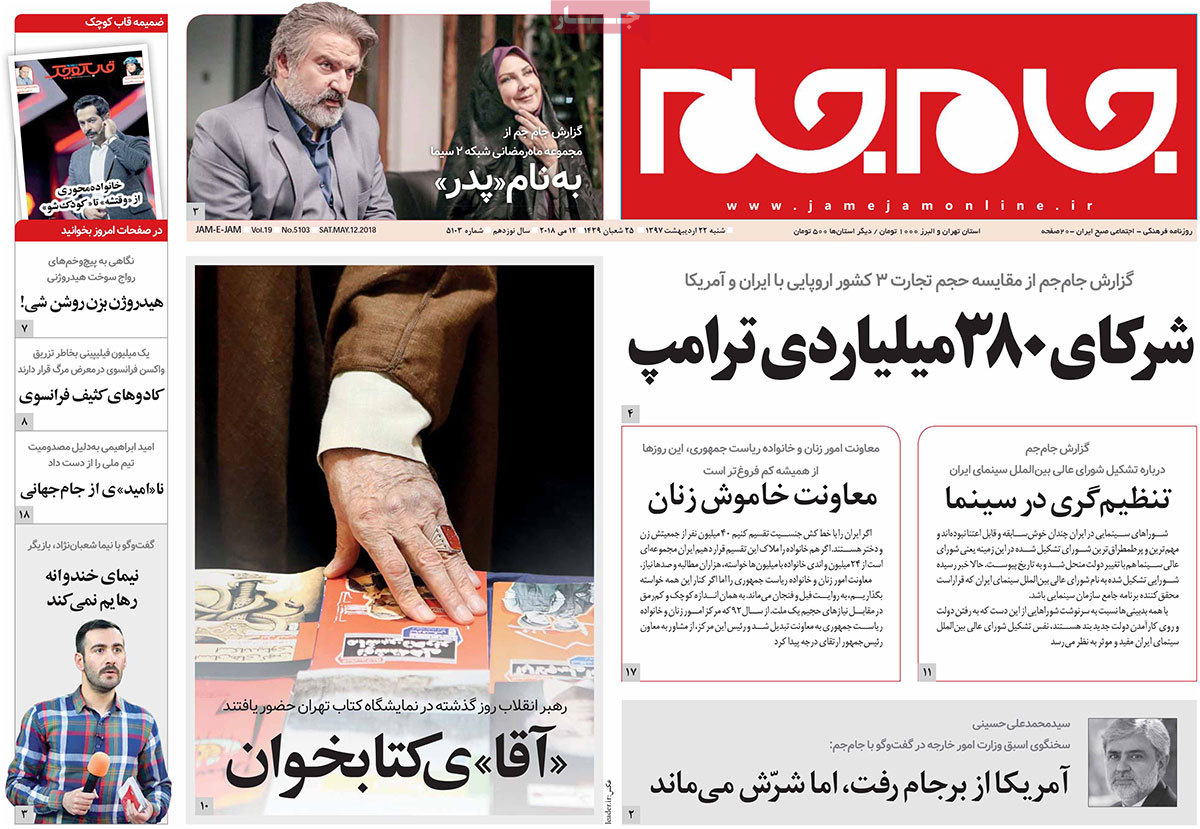 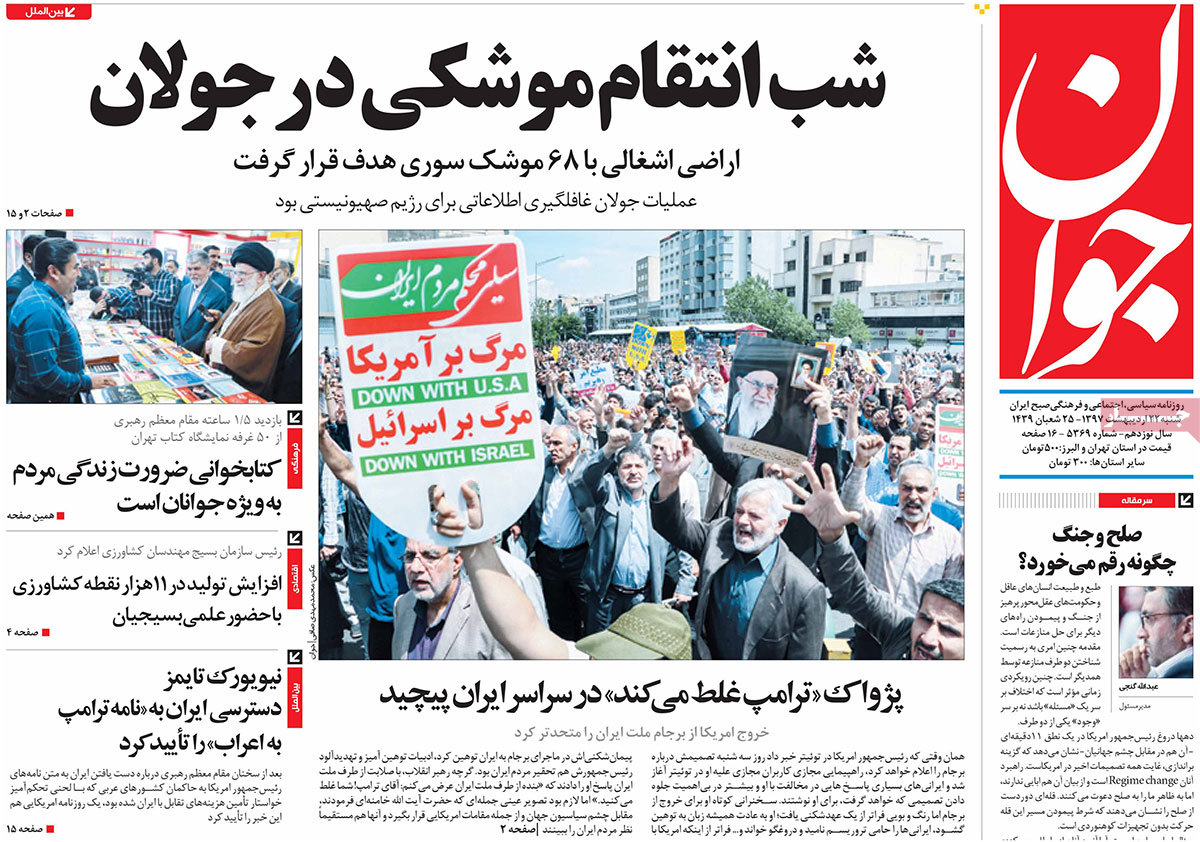 1- Iran FM to Start Negotiations with 5 Parties to JCPOA 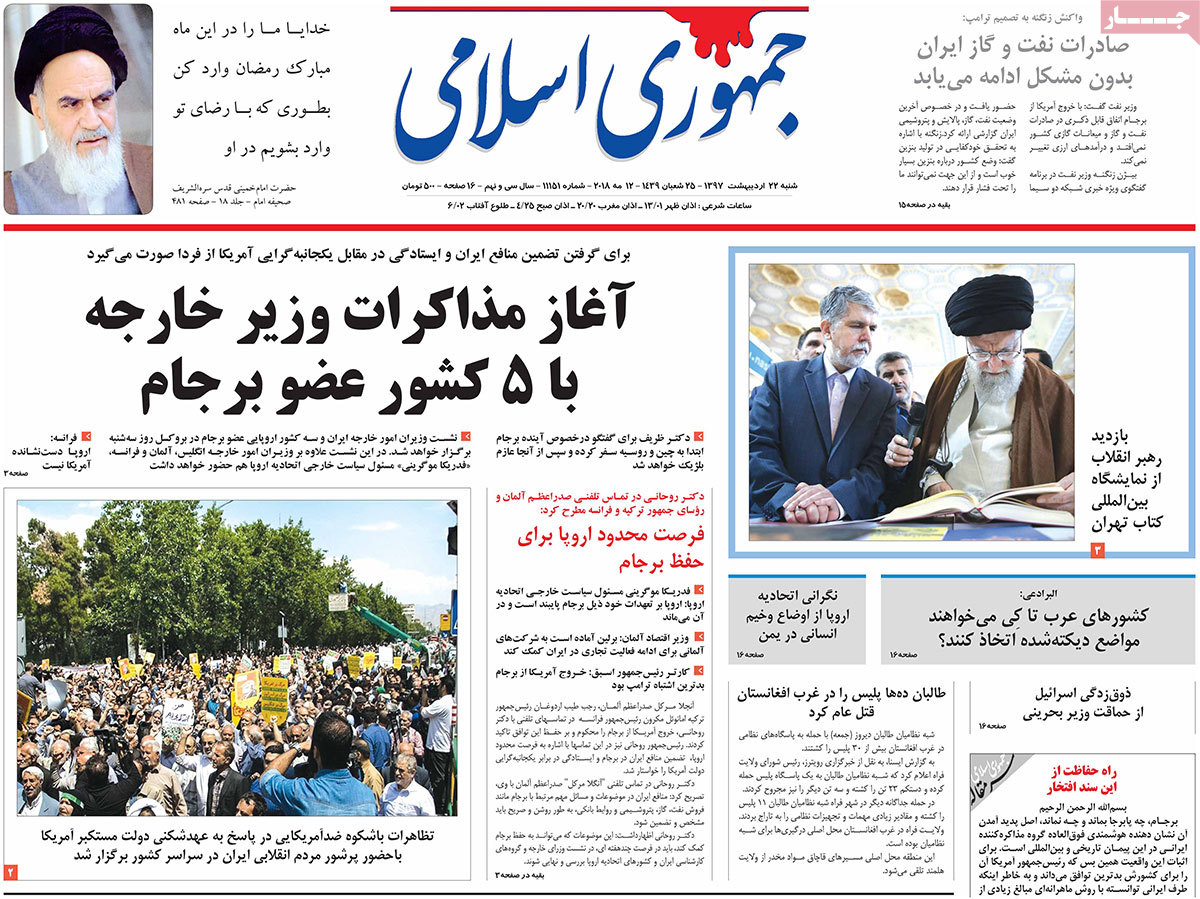 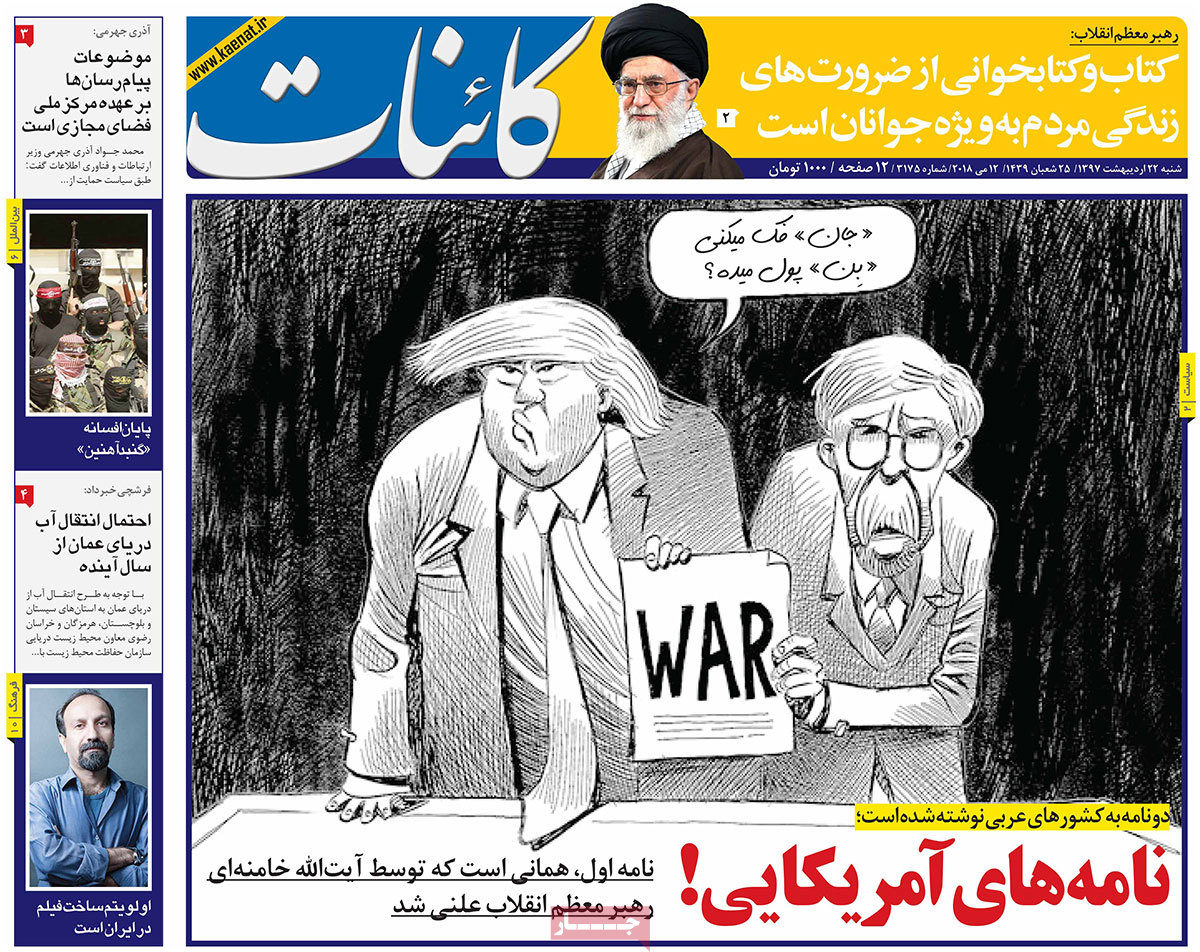 1- Analytical Review of “Over 10 Lies Told by Trump”

1- Tehran Friday Prayers Leader: Europe No Different from US in Violating Commitments 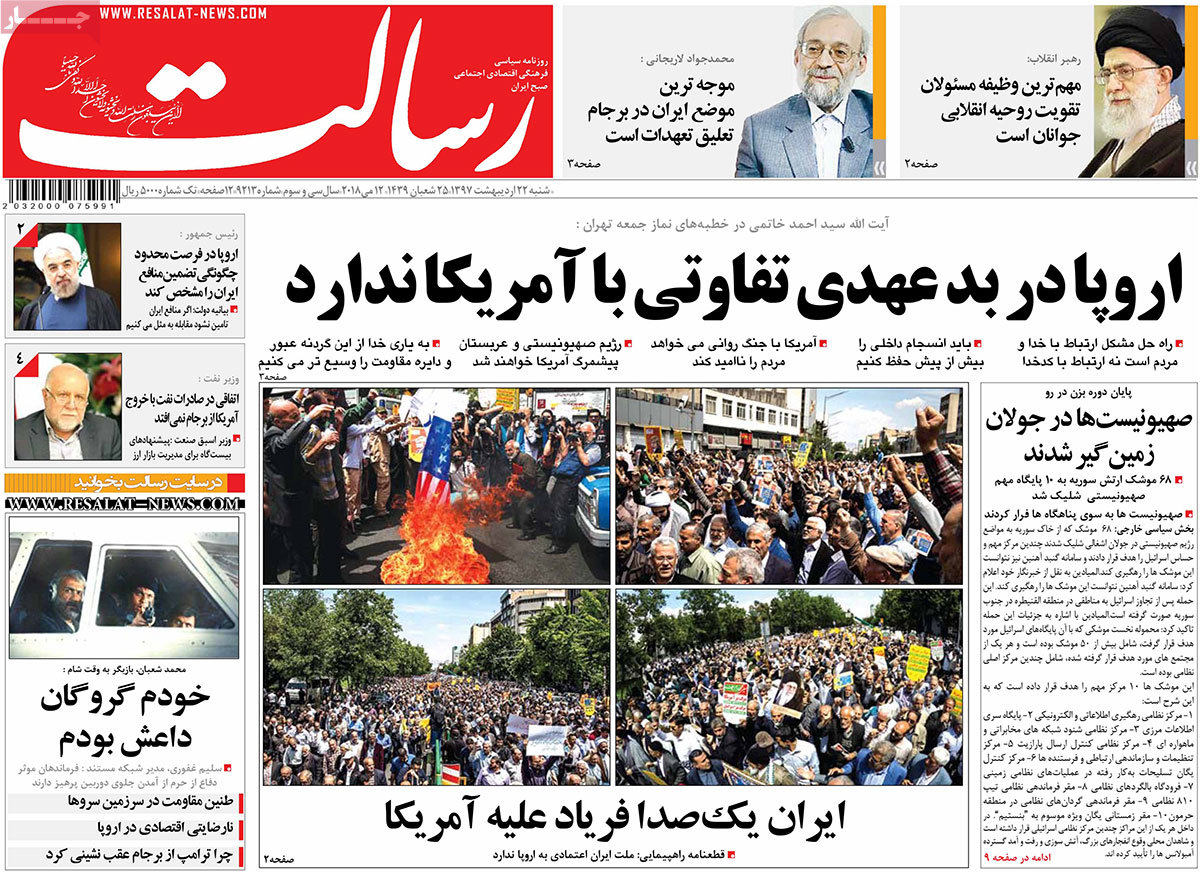 1- Araqchi: It’s Possible to Save JCPOA If Sufficient Assurances Provided 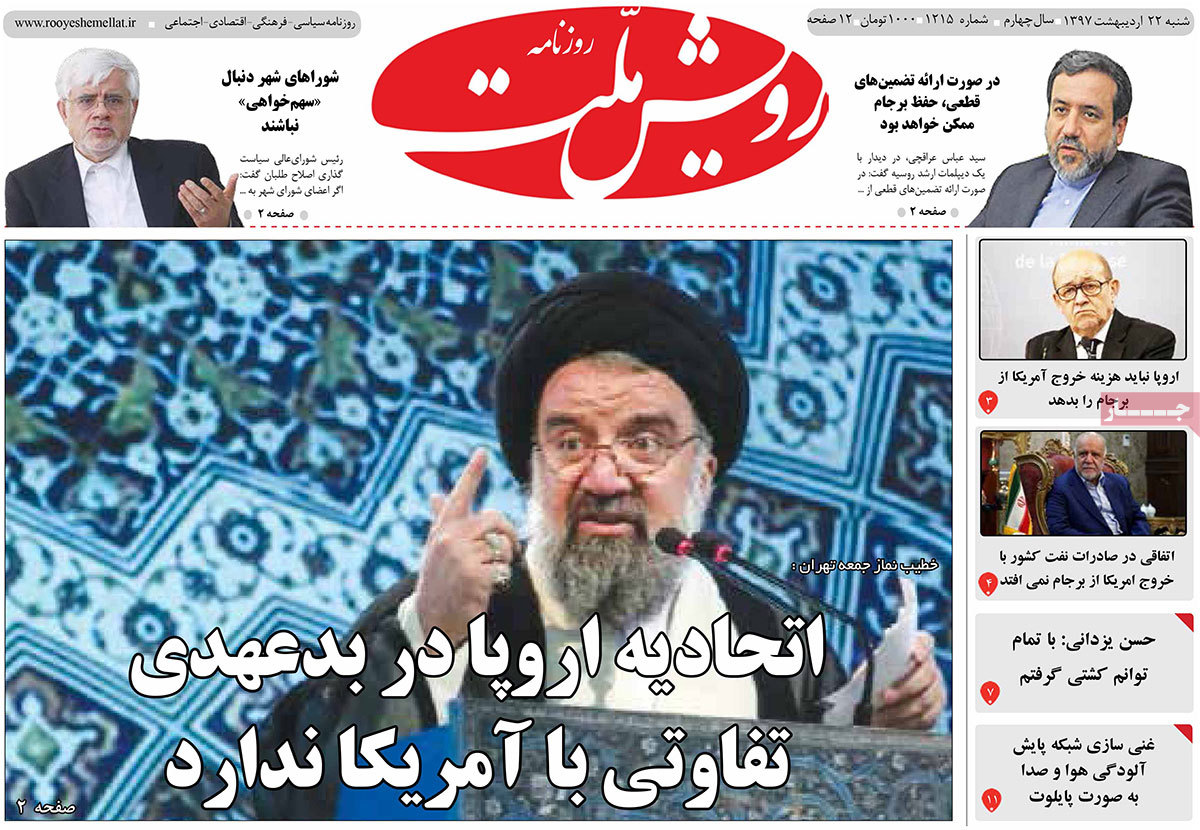 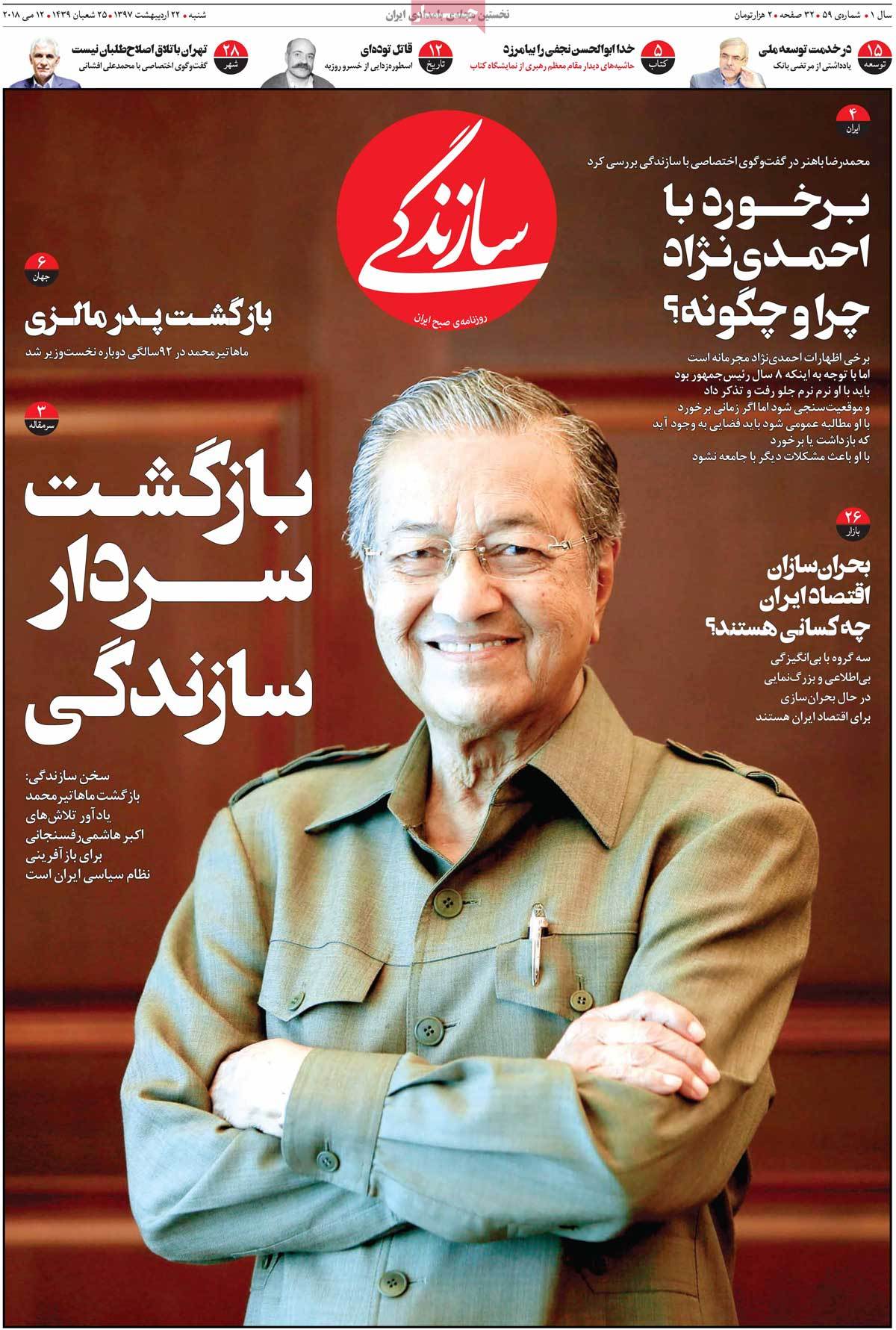 1- Orhan Pamuk in Iran: To Me, Iranian Readers Different from Other Readers 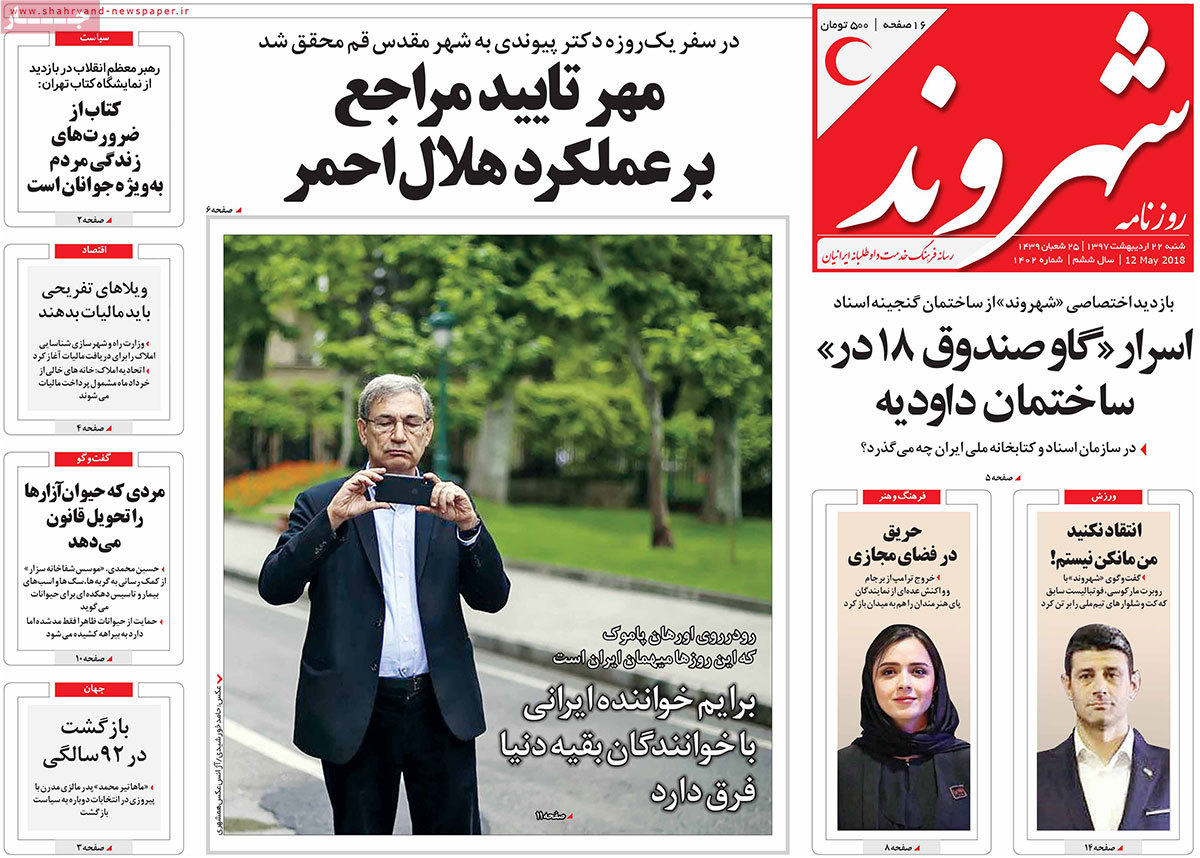 1- Around the World to Save JCPOA 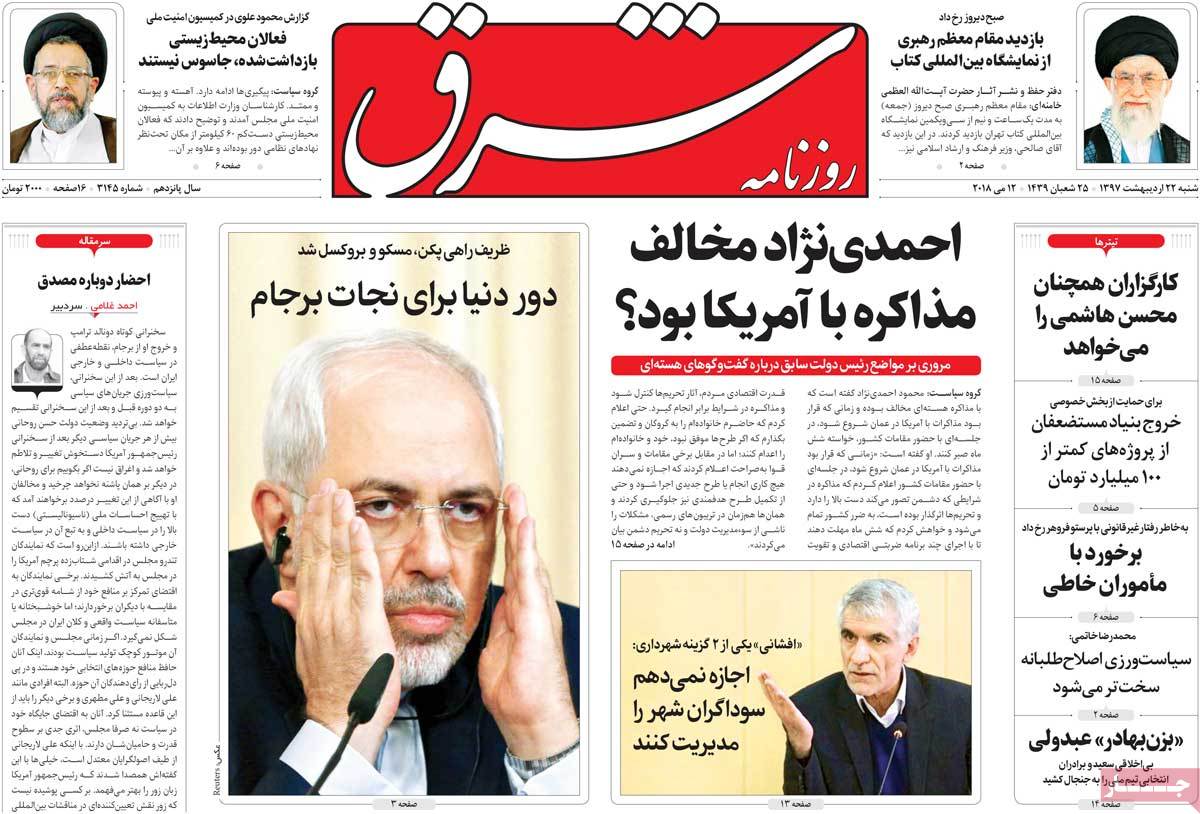 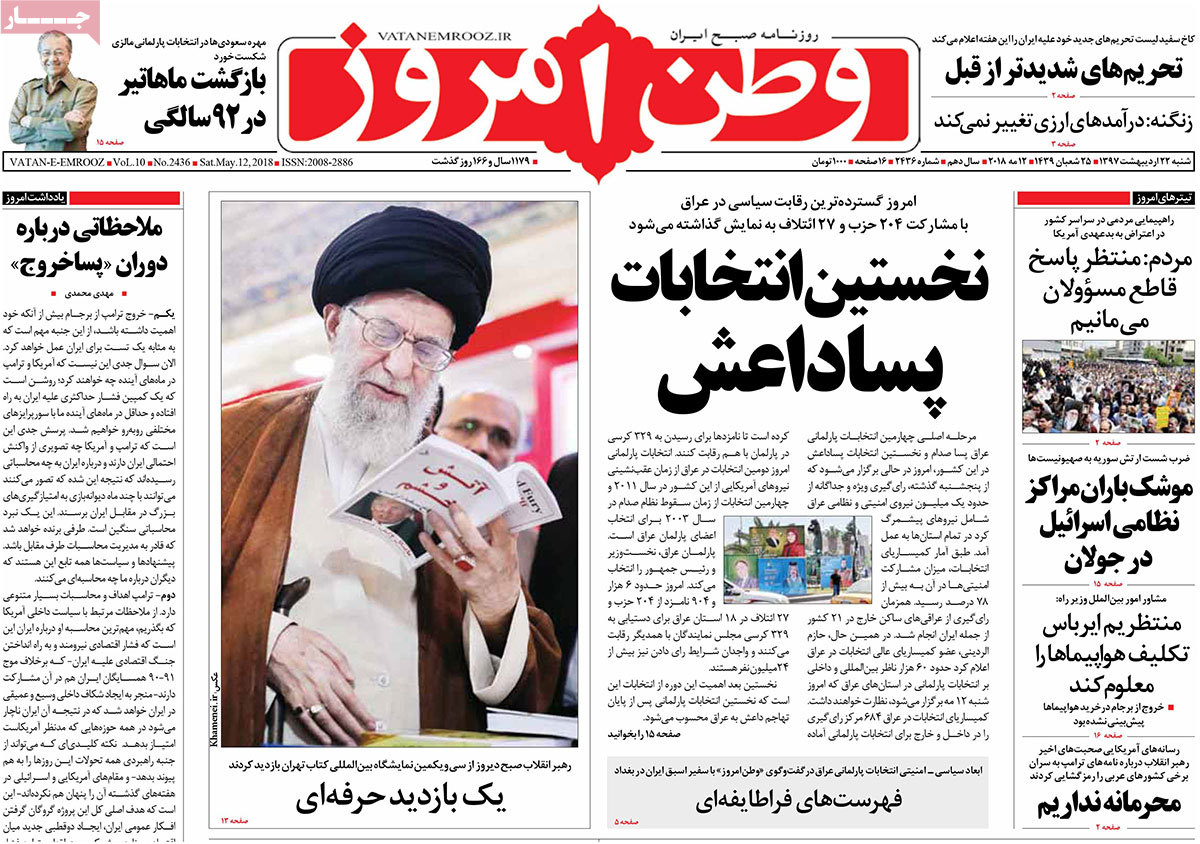