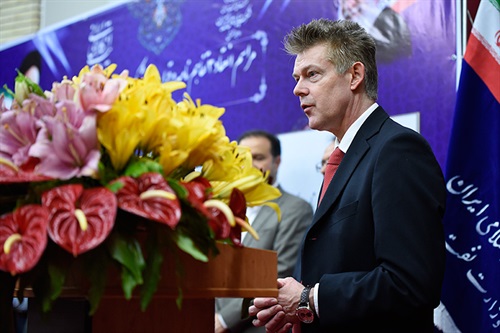 London to stay in Iran nuclear deal like EU allies

SHANA– A UK Embassy official in Tehran said his country would stay in the Iran nuclear accord with the P5+1 group of countries like its European allies.

“The UK, like its European allies will stay committed to the JCPOA,” Keith Wellings, director of the Department for International Trade of the UK embassy in Tehran, said on Wednesday, referring to the official appellation of the agreement – Joint Comprehensive Plan of Action (JCPOA).

He said as some of the advantages of the nuclear deal, the UK government would be keen on encouraging British firms to work in Iran.

US President Donald Trump on Tuesday announced Washington’s withdrawal from the nuclear deal Iran struck with the P5+1 group of countries back in 2015.

UK-based Dunlop Oil & Marine Ltd. signed an outline agreement with the Iranian Oil Terminals Company (IOTC) one day after US announced it would withdraw from Iran’s nuclear deal.