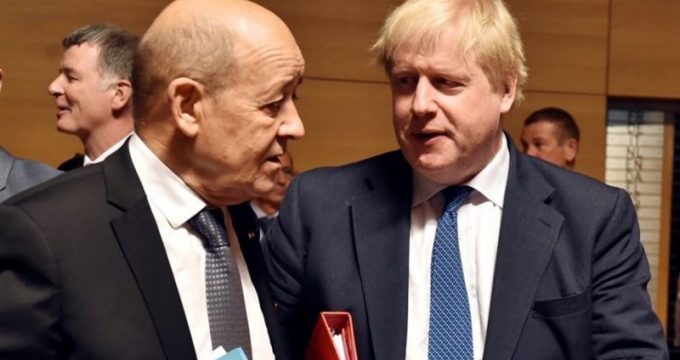 The deputy commander of Iran’s Revolutionary Guards (IRGC) Hossein Salami says the US wants Iranians to give in through economic pressures, adding Europe cannot free itself from US political subjugation.

Iran: US to regret abrogation of N. deal as main loser

Iranian Foreign Ministry Spokesman Bahram Qassemi blasted US President Donald Trump for his unilateral move to withdraw from the 2015 nuclear deal, warning that Washington will sustain the most damage from the move.

London to stay in Iran nuclear deal like EU allies

A UK Embassy official in Tehran said his country would stay in the Iran nuclear accord with the P5+1 group of countries like its European allies.

Iranian government spokesman said on Wednesday that the government has considered the US withdrawal from the nuclear deal in planning the budget bill.

The restoration of sanctions on Iran—the world’s fifth-largest oil exporter—may have implications for the market balance, the International Energy Agency (IEA) said in a statement on Wednesday, adding that it is closely following the situation.

Germany says it will try to protect European companies from any adverse effects from US President Donald Trump’s decision to quit the 2015 Iran nuclear agreement.

France’s Macron says Trump made a mistake by leaving JCPOA

French President Emmanuel Macron has said that the US decision to leave the Iran nuclear agreement, known as the Joint Comprehensive Plan of Action (JCPOA), was a “mistake.”

Canada stays with the countries supporting the Iran Deal, formally known as the Joint Comprehensive Plan of Action (JCPOA) and feels unhappy with US’ withdrawal from the deal, said the Canadian prime minister, according to Canada’s media.

Russian Foreign Minister Sergei Lavrov said on Thursday that the remaining signatories of the Iran deal were working to find ways to preserve it, because it was important to keep the international agreement in place despite the U.S. withdrawal from it.

May 10, 2018
Croatian Economy minister in Tehran to review issues of mutual interests
Trump’s most foolish decision yet