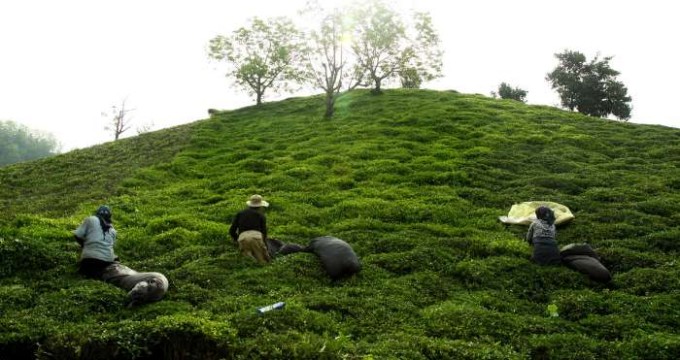 Financial Tribune- Tea processing factories have bought about 9,700 tons of fresh tea leaves worth 260 billion rials (more than $6.19 million) from farmers in northern Iran following the spring harvest of the crop, Kheirollah Amiri, an official with Iran Tea Organization, said.

Tea undergoes three harvests a year: the spring harvest that starts in late April, the second in summer begins early June and the last one is in autumn and starts late September.

According to Mohammad Vali Rouzbehan, the head of Iran Tea Organization, Iranian tea is 100% natural and pesticide-free, ISNA reported.

“Tea in Iran is cultivated in the northern provinces of Gilan and Mazandaran.

The special climate of the region causes tea plants to hibernate every year during the six months of autumn and winter. The extreme cold terminates a majority of the pests and the rest are dealt with through biological methods.

Iranian tea is considered organic. This gives us an edge [in international markets],” he told Financial Tribune in an earlier interview.

Some 50,000 families in Gilan and Mazandaran earn their living from tea farming on more than 25,000 hectares of fields.

About 110,000 tons of dried tea are consumed in Iran annually.

Close to 95% of tea orchards in Iran are rain-fed.