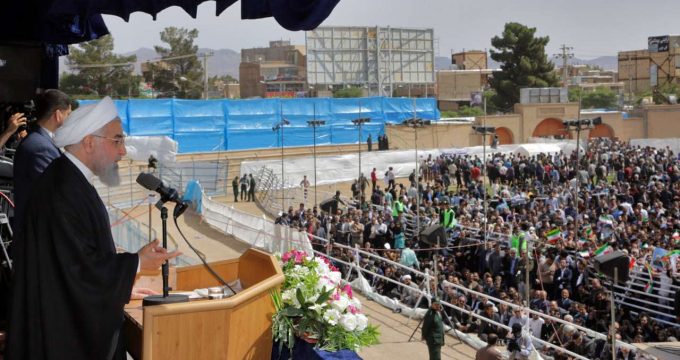 President Rouhani: No job opportunity in the absence of cyberspace

IRNA – President Hassan Rouhani said on Sunday that in the absence of the cyberspace there will be no chance of any job opportunity for the youth.

President Rouhani made the remarks in his first day of visit to Khorasan Razavi this year.

Putting pressure on the youth generations will bear no result and it is not possible to deprive people from job opportunities under the pretext to bolster indigenized cyberspace, he said.

Creating job opportunities for women and the youth was among my promises during my presidential campaign, President Rouhani said.

The 11th and 12th governments spared no effort to create suitable grounds for people to promote their business through cyberspace, he underlined.

The government does its utmost to put high speed Internet at the disposal of all villages nationwide, President Rouhani said.

Some individuals are against high speed Internet and believe that it should be so slow to disappoint those working with it, he said.

Last year we pledged not to go backward and do all best for the country’s development, President Rouhani said.

Iranian people never accept any compulsory measures or deeds and we have to act in order to be accountable in dealing with future generations, he said.