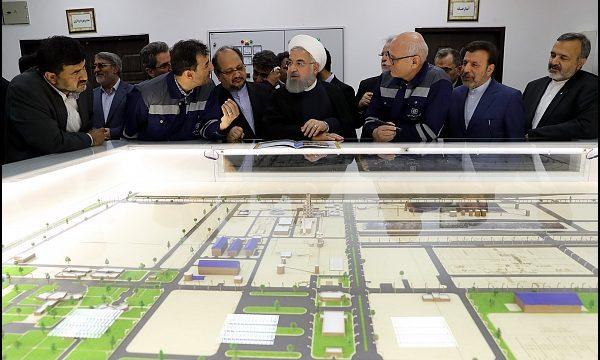 IRNA – The Iranian president said here on Monday that railroad projects including one connecting Khaf to Herat in northeastern country will be important for cooperation with neighboring countries.

Electrifying Mashad-Tehran railroad will be a major development in the country, Hassan Rouhani said at the inauguration ceremony of 436 economic projects in the northeastern Iranian province of Khorasan Razavi.

Underlining the important role the Iranian banks play in economic development of the country, the president said that attracting domestic and foreign investments will be impossible without the banks.

Banks are the pillars of the economic development of the country, he said.

President Rouhani has been in the holy city of Mashhad since May 6.