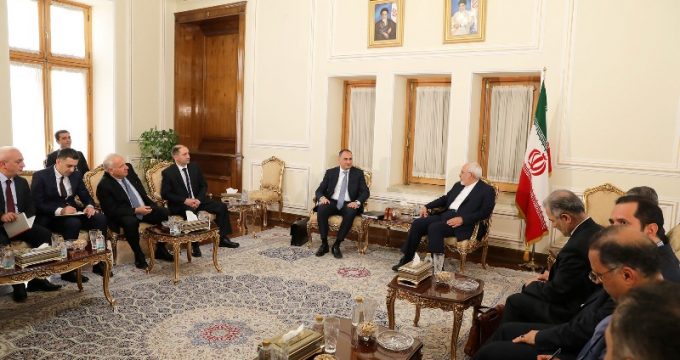 IRNA – Georgia’s First Vice Prime Minister Dimitry Kumsishvili said on Monday that Georgia welcomes the participation of Iranian companies in the development of a large number of projects in the country.

Kumsishvili, also the minister of economy and sustainable development of Georgia, made the remarks in a meeting with Iran’s Foreign Minister Mohammad Javad Zarif in Tehran.

He hailed the relations between the two countries as friendly and developing.

The Iranian foreign minister, for his part, underlined the need for further expansion of economic cooperation between Iran and Georgia.

The two sides also discussed cooperation among regional countries on establishing a transit corridor, ways to promote banking, energy and tourism cooperation and removing the obstacles hindering the expansion of mutual cooperation.