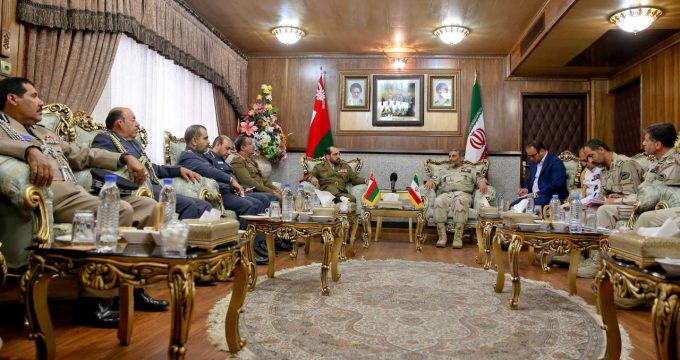 He made the remarks in a meeting with Deputy Head of Oman Chief of Staff of the Armed Forces for operation and planning affairs Brigadier General al-Balushi in Tehran.

General Rezaei said some countries by drug trafficking and some other offenses are trying to disrupt regional security and Iran is trying to increase interactions between regional states to create more security.

He added that during his visit to Qatar last month and holding talks with prime minister of Qatar, the two sides reached agreement, including holding a trilateral meeting between Iran, Qatar and Oman in a near future.

Meanwhile, he expressed Iran’s readiness to host the meeting.

Exchanging information, simultaneous patrolling and other appropriate measures will increase security, the general said, Iran and Qatar have coordinated for the meeting and expressed hope that the Omani side also accept the agreement.

Rezaei said Iran had already held such meetings with littoral states of the Caspian Sea and witnessed some successes in this concern.

He also pointed to his recent meeting with commander of Turkey’s Gendarmerie and said that it is due to hold a trilateral meeting with Turkey and Iraq.

General Rezaei underlined that security and tranquility of neighboring countries are so important for Iran.