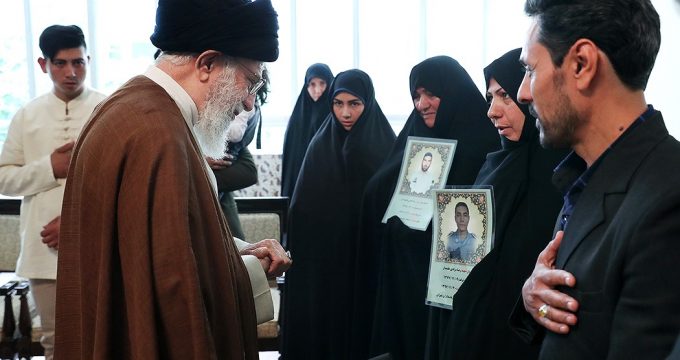 The police officers were killed in last year riots in Tehran.

During the meeting, Supreme Leader granted Holy Quran to their families.

The riot in the Golestan Street in northern Tehran district of Pasdaran led to the killing of five people, including police and Basij (voluntary) forces.

In addition to the five security forces, who were killed in separate car-ramming attacks and stabbing, 30 others were also injured in the protest.