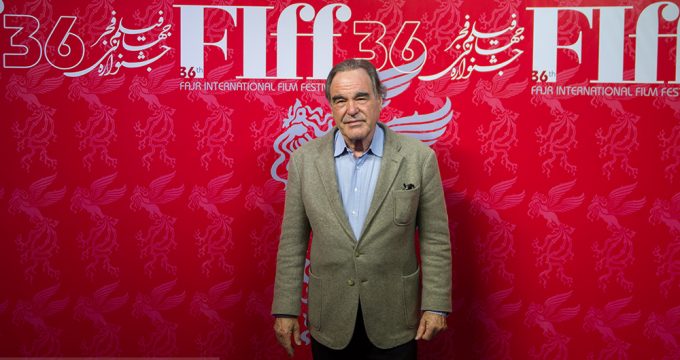 Al-Monitor | Rohollah Faghihi: Iran’s Fajr International Film Festival has been an important platform for Iranian, regional and international films for more than three decades. But this year’s edition, which took place April 19-27, proved to be more mediatic and controversial than the previous years. This was partly due to the high-profile participants — in particular Oliver Stone, the American writer and filmmaker whose remarks from Tehran spurred a debate on the liberty of artists in Iran.

Raising the profile of the festival, which was launched in 1982, is one of the main goals of Reza Mirkarimi, an award-winning Iranian director who took the helm three years ago. Speaking at a press conference April 12, Mirkarimi said that he wanted to boost Fajr’s international profile and recognition, explaining that he invited the Paris-based International Federation of Film Producers Associations to the festival last year. The move was aimed at getting the federation to accredit the Fajr International Film Festival as a “category A” festival, meaning a “specialized festival” in the same rank as the film festivals in Berlin and Venice.

At the final award ceremony, the award for best film went to “Aga,” a story about an elderly Inuit couple. Alexey German Jr. received the award for best director for “Dovlatov,” the biography of Russian writer Sergei Dovlatov. Iran’s Mahoor Alvand won the award for best actress and Ramtin Lavafi for best script, both for the psychological drama “Hattrick.”