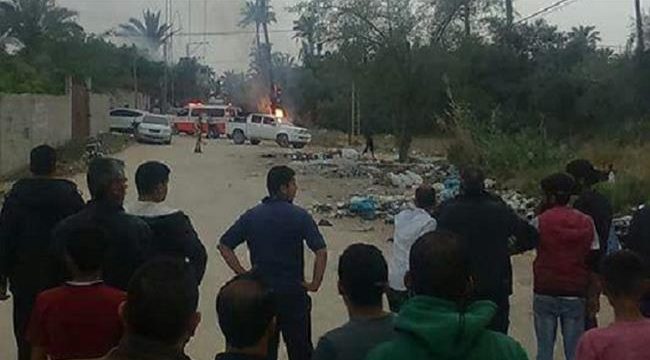 Press TV- At least six members of the Palestinian Hamas resistance movement have been killed and six others injured in an explosion that rocked the Gaza Strip.

The Health Ministry in Gaza said that the explosion took place on Saturday in Dayr al-Balah, a city located in the central Gaza Strip.

The injured and the bodies of the deceased were transferred to a hospital following the blast, the ministry added.

The reason for the explosion is still unknown.

The explosion comes amid an escalation of violence in the enclave in which nearly 50 Palestinian protesters have lost their lives in clashes with Israeli forces since March 30.

Apart from the fatalities, more than 5,500 Palestinians have been injured since Israel began responding to the popular protests with lethal force.

The Palestinian rally, known as the “Great March of Return,” will last until May 15, which coincides with the 70th anniversary of Nakba Day (Day of Catastrophe), when Israel was created. Every year on May 15, Palestinians all over the world hold demonstrations to commemorate the day, which marks the anniversary of the forcible eviction of hundreds of thousands of Palestinians from their homeland by Israelis in 1948.

Since 1948, the Israeli regime has denied Palestinian refugees the right to return, despite UN resolutions and international law that uphold people’s right to return to their homelands.