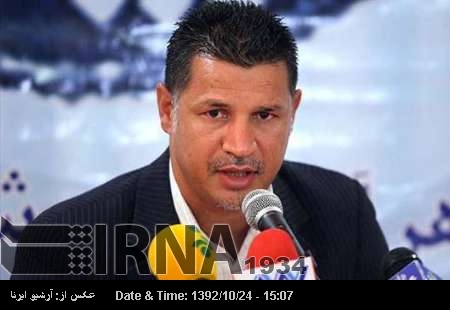 Daei, who attended the AFC Asian Cup UAE 2019 Draw at the Armani Hotel in the iconic Burj Khalifa on Friday, explained his conviction:

“Iran has been Asia’s top team for the last few years for a reason – the consistency of the technical team. There have been very few changes in the technical team’s set up and the stability has allowed coach Carlos Queiroz to focus on building a formidable squad.

“Queiroz has also looked far and wide for the best players and this has had a positive effect on the national team,” the former Iran captain told the-AFC.com.

They finished the FIFA World Cup 2018 Qualifiers unbeaten and Daei is expecting the form to be carried into the AFC Asian Cup UAE 2019, with Iran lifting the trophy.

The last of Iran’s three triumphs in the AFC Asian Cup was in 1976, meaning that it will be 43 years since they last won the title by the time the action in UAE 2019 kicks off in January.

“I am confident that Iran will win this time around. We have always been a force to be reckoned with in the AFC Asian Cup but the recent results give me confidence that we will win the title for the fourth time,” said Daei.