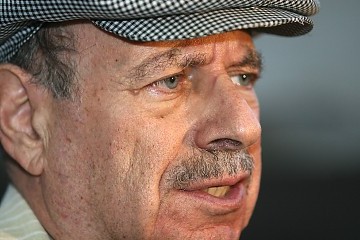 Press TV – A majority of the American people support the Iran nuclear deal but Israel and the US military-industrial complex are attempting to sabotage it, an American writer and retired professor says.

“It’s very clear that the supporters of breaking the agreement with the European nations and the Iranian government come from a very small minority in the United States. Basically it is linked to the military–industrial complex and the Zionist power configuration in the United States,” said James Petras, a professor emeritus of sociology at Binghamton University in Binghamton, New York, and adjunct professor at Saint Mary’s University in Halifax, Nova Scotia in Canada.

“The support among Democrats is over nearly 70 percent, over two-thirds of the voting public. Even among Republicans there is a plurality of Republicans that goes against President Trump’s decision,” he told Press TV on Thursday.

“So if public opinion is so strongly in support of maintaining the nuclear agreement how do we explain that a small minority, a minority of minority can continue to influence and perhaps provokes a regional or even a world war?” he asked.

According to a new poll, with only a few days to go until a deadline for US President Donald Trump to decide whether to keep the United States in the Iran nuclear agreement, public support for the deal has reached its highest point previously recorded.

Fifty-six percent of people polled in the Morning Consult/Politico survey released Wednesday morning backed the nuclear deal, while 26 percent opposed it. The poll was conducted online April 26 to May 1 among 1,991 registered voters.

“We went to war in Iraq supposedly on the basis of false information that was relayed into the US government primarily by Israeli representatives in the US government, in the Defense Department in particular,” he stated.

“The same thing happened in Libya and is going on now with Syria.  So I think one has to understand that the issue is not the American people, the issue is the intervention of Israel and the military-industrial complex in this what is a worldwide recognition that Iran is not involved in any nuclear project now or in the past,” the scholar noted.