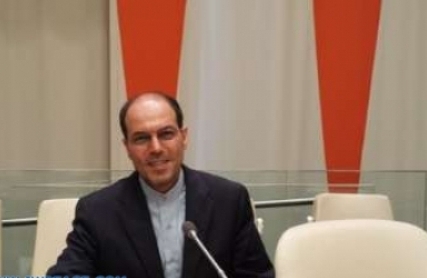 IRNA – Iran’s Deputy Foreign Minister said that bullying policies of some powers in the regional and international arena have been the main source of instability.

Gholam-Hossein Dehqani who is visiting Dushanbe to participate in an international anti terrorism, met with Tajikistan’s Foreign Minister Sirojiddin Aslov on Thursday evening.

Referring to the negative consequences of bullying policies of certain powers, particularly the US, in the region and international arena, he said that such policies are the main origin of instability and insecurity.

He also said that Tehran is ready to cooperate with Tajikistan and other countries in the region on fight against terrorism and extremism.

He also called for more economic cooperation between the two countries and expressed Dushanbe’s willingness to continue coordination with Iran in the framework of regional and international organizations such as the Organization of Islamic Cooperation (OIC), Economic Cooperation Organization (ECO) and the United Nations.

The two sides noted to the ancient commonalities between Iran and Tajikistan and called for more bilateral relations.

They also expressed concern on the unrest in northern Afghanistan that are the result of the terrorist group Daesh (ISIS) activities in the region, and urged cooperation of the countries in the region to confront it.