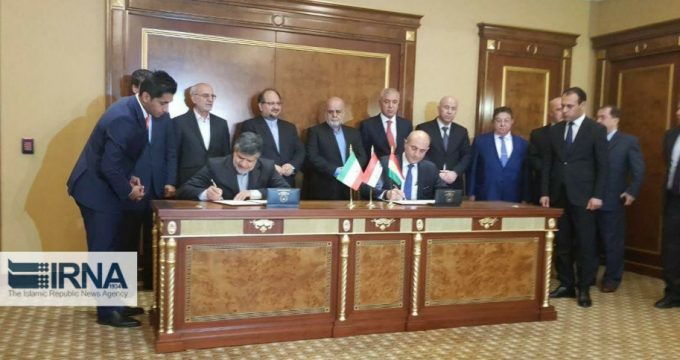 IRNA – A memorandum of understanding (MoU) on economic ties development was signed between Iran and Iraqi Kurdistan region.

The MoU was signed at the end of the first day of a joint economic forum on Wednesday.

The two-day conference, attended by a number of Iranian and Iraqi economic officials, as well as businesspersons from the two countries, began on Wednesday in Erbil. The goals of the forum were announced as exploring ecconomic opportunities between Iran and the Iraqi Kurdistan Region.

Iran’s Minister of Industry, Mines and Trade Mohammad Shariatmadari told reporters that the MoU will serve as an opportunity for enhancing cooperation between Iran and the Iraqi Kurdistan .

A joint commission is also established for pursuing the agreements via Iran’s embassy in Baghdad and Iraq’s embassy in Tehran.

‘Our presence in Erbil was in fact aimed at uncovering economic opportunities between Islamic Republic of Iran and Iraqi government, particularly the country’s Kurdistan , to boost economic cooperation,’ he said.

Commenting on his talks with the Prime Minister of Iraqi Kurdistan Nechirvan Barzani, the Iranian minister said that we see a bright future for our economic ties with Iraq and the Kurdistan .