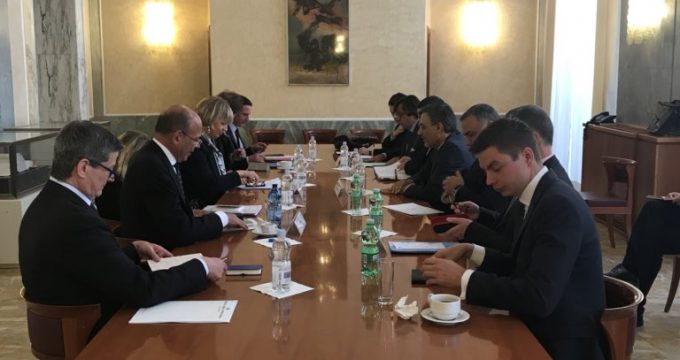 IRNA – Following second round of talks with Iran on regional issues, European Union announced late Thursday that today’s political consultations with Iran focusing on political and humanitarian situation in Yemen were constructive.

Spokesperson for the European External Action Service said in a statement that EU and four European states’ political talks with Iran on Yemen was held in Rome on May 3, headed by Secretary General of the EU diplomatic service, Helga Schmid.

Four European countries attended the meeting at the level of political directors and Iranian delegation was headed by Deputy Foreign Minister Hossein Jaberi-Ansari.

EU’s statement added that the second such s session was held after a meeting on the sidelines of the Munich Security Conference on February, 2018, focusing on political and humanitarian situation in Yemen and it was constructive.

Participants in the session agreed to hold the next round of the talks in Brussels in near future, the statement said.

Netanyahu’s amateur allegations against Iran’s nuclear program are made at a time when the International Atomic Energy Agency (IAEA) has at least ten times verified Iran’s full compliance with the deal.

Meanwhile, European states are currently trying to push talks with Iran on its missile program and regional clout to convince the US to stay in the nuclear deal officially known as Joint Comprehensive Plan of Actions.