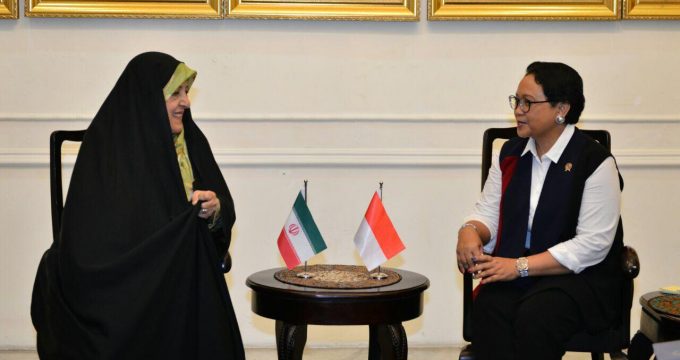 Masoumeh Ebtekar made the remarks in a meeting with Indonesian Foreign Minister Retno Marsudi on Wednesday on the sidelines of the meeting of Islamic scholars and figures named Moderate Islam.

During the meeting, both sides reviewed the latest development of relations between two sides and agreed on developing ties.

Ebtekar referred to various measures that can be adopted to facilitate foreign investment in Iran and said Indonesian companies can make ‘constructive’ investment in energy.

Indonesia believes that women empowerment will not only improve families’ status but will also be a good solution to uproot violence and extremism, she said.

Indonesian Company Pertamina is ready to invest in Mansouri and Abteymour oil fields in Iran, she added.