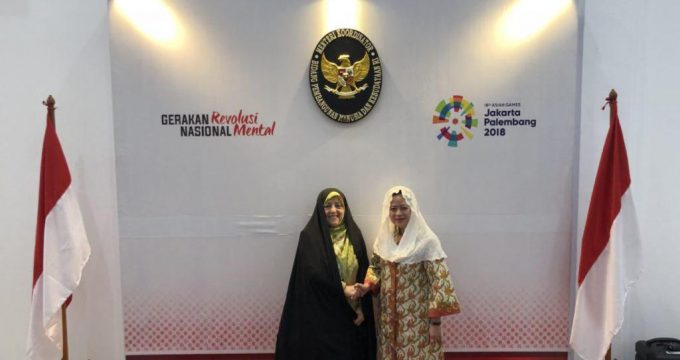 IRNA – The Vice President of Iran for Women and Family Affairs and Indonesia’s Minister of Human Development and Culture urged implementation of the agreement signed between the two countries.

She also called for more cooperation with Iran on women empowerment.

The both sides also urged implementation of the deals signed in the visit by the Indonesian President Joko Widodo to Tehran in December 2016.

Ebtekar arrived in Jakarta on Tuesday to attend a high-level conference of Muslim Ulema and Scholars on Moderate Islam. It was attended by some 100 Indonesian scholars as well as other countries such as Yemen, Egypt, Iran, Morocco, Italy, and the United States.

She has also met with the Indonesian president and the country’s Foreign Minister Retno Marsudi.