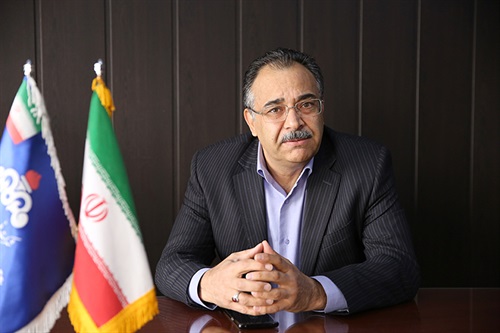 World could never do without Iran if gas ties were extensive: Official

SHANA — The CEO of the National Iranian Gas Export Company says: “Had Iran’s gas ties were extensive, the country could not have been placed under pressure so easily and relations would not be tarnished. The case of Russia is a very successful one.”

On April 24, 2018, Iranian Minister of Petroleum Bijan Zangeneh headed to the Iranian parliament to respond queries by the MP. He pointed to the relationship between oil and gas and national security, and said: “Increasing oil and gas production is instrumental in our presence in markets from the security point of view. The world does not treat equally a country with one million barrels of oil exports, and a country that exports 5 million barrels of oil.”

For example, he said, Russia produces 10 million barrels per day of crude oil and 600 billion cubic meters per year of natural gas. It also exports 200 billion cubic meters of gas annually to Europe. “Nobody in the world dares boycott exports of Russian gas and oil because they know they would only cripple themselves; this is called soft interdependence.”

“If Iran’s crude oil output was 6 million barrels rather than 4 mbd and its gas exports were around 200 mcm/d rather than roughly 50 mcm/d, the world could not have easily made decisions about whether to impose new sanctions on it or not,” he added.

Elaborating on the current state of Iran-Oman gas project, he said, “I see it unlikely that the project would be influenced by US President Trump’s decisions.”

The following is an excerpt of SHANA’s exclusive interview with Mr. Amir Moeini.

Q: Would the Iran-Oman gas project be influenced by the May 12 deadline set by Trump for US to pull out of the Joint Comprehensive Plan of Action (JCPOA)?

A: I see it unlikely. Muscat is interested in cooperating with Iran, but the companies that are supposed to invest and implement the project undoubtedly pursue international developments. We cannot say that Trump’s remarks would not affect the implementation of the project, but we will not simply idle and will do our best.

Q: What has been the reason for the lack of considerable progress in the negotiations of Iran-Oman gas project over the course of the past two years?

A: The project to export Iranian gas to Oman is to be carried out jointly by the two countries. The gas will be delivered to Oman’s Sohar to be processed into liquefied natural gas (LNG) to then be delivered to Iran. In effect, the two countries will swap gas. The National Iranian Oil Company (NIOC) will concern marketing of the LNG cargos. In this regard, each country has its own regulations, so the project is a complicated one. Both in Iran and Oman, in addition to the oil ministries, other institutions affect the project, and coordination between these institutions is a time-consuming task.

I should add that an agreement is finalized only when all the details have been considered and agreed upon by both sides.

Q: Were these problems not foreseeable as initial talks for the project began in 2004, and it was scheduled to come on-stream in 2016 but it is still not operational?

A: As you have said, the initial talks on Iranian gas exports to Oman began back in 2004, but since Iran’s gas consumption was too high at that time, we did not have much gas for export. So there was not much willingness for keeping on talks seriously on our side. However, after the 11th administration took office in Tehran in 2013 and phases of South Pars came online, the country’s gas output surged, and natural gas exports to other countries were put on the agenda of the Iranian Ministry of Petroleum. This was followed by a serious follow-up on the negotiations, and a memorandum of understanding (MoU) was signed in this regard.

Q: How have political issues affected the negotiation process?

A: There is no doubt that political issues have affected the talks. Although Oman is one of the countries that is interested in relations with Iran, the interests of the two countries’ leaders have not necessarily been reflected in the negotiations. For example, we are in good terms with China, but the banking problems are still in place with this country, so good relations with Oman do not necessarily mean that the problems that are underway in the process of bilateral negotiations between the two countries for gas exports are easily resolved.

Q: Given the complexity of the talks you have mentioned, when do you think Iran’s gas will reach Oman?

A: We do not have any technical problems to export gas through deep waters; if the deal is made and nothing special happens, I think three years after that we will start gas flow to Oman which would mean out entry to the international LNG market.

Q: Has the issue of the tolling fee, which the two Iran and Oman disagreed upon, been resolved?

A: There is no problem in this regard, and the two countries agreed on a tolling fee. However, the issue might be discussed in case export capacity increases to 1.5 tons.

Q: How is the project going to be financed, will it be in the form of a BOT or EPCF?

A: Actually this is one of the things that have hindered the progress of talks. The two sides need to reach an agreement on this issue. There have been discussions in this regard but nothing has been finalized yet.

Q: Given the fact that Oman is developing some of its gas fields, is it still in need of Iranian gas?

A: Iran has the largest gas reserves among the countries of the world, and Oman is interested in the implementation of this project. It is true that the Omanis are currently developing their gas fields, but in the long-run they will definitely need Iran’s gas. Negotiations on both sides indicate their interest in getting Iran’s gas in farther years.

Q: How much have the talks with Shell, Kogas, and Total for building the gas pipeline to Oman progressed?

A: These negotiations are continuing. We are negotiating with all the companies. The main thing is that everyone is willing to invest. Initial estimates suggest that the implementation of the project will require about $1 billion of capital which includes costs of compressors and the sea section of the pipeline. The land section can be carried out by Iranian companies.