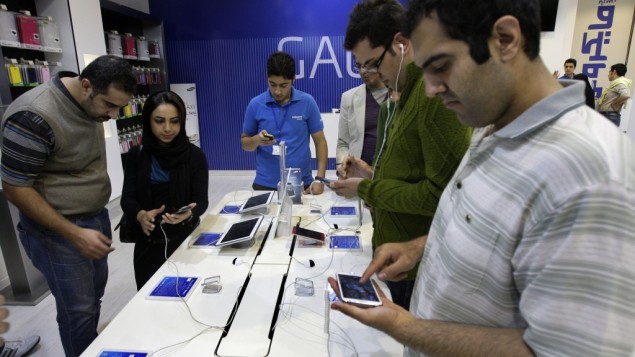 Telegram was down on Tuesday, with alternative platforms such as the domestic Soroush and Gap apps already released for use, offering most of Telegram’s features.

Iranian officials had been considering the measure following complaints that the messaging app had become a “safe haven” for terrorist cells and other elements seeking to undermine the country’s security.

Peaceful protests over economic conditions in one Iranian city last December quickly degenerated into unruly riots which spread into a few other towns, with authorities saying terrorist groups such as Mujahedin Khalq Organization (MKO) had used Telegram to instigate them.

“Considering various complaints against the Telegram social networking app by Iranian citizens and based on the demand of security organizations to confront the illegal activities of Telegram, the judiciary has banned its usage in Iran,” Mizan website cited a judiciary order as saying.

Telegram, it said, engaged in a number of illicit activities inside Iran and became a safe haven for the international terrorist groups, including Daesh. Those activities included propaganda against the establishment, terrorist operations, spreading lies to incite public opinion, anti-government protests and pornography.

The court order came after Telegram repeatedly refused to cooperate with Iranian authorities in their investigations of various criminal activities, according to officials.

The ban on accessing Telegram comes after a similar move in Russia because the company operating the messenger reportedly refused to comply with state law and hand over encryption keys to the Russian security services.