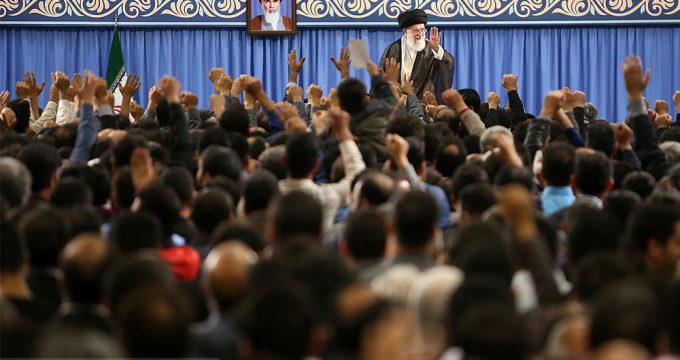 Iran’s coverage: US seeks to shift costs of confrontation with Iran onto others

US inciting Saudi Arabia to clash with Iran: Leader

Leader of Iran’s Islamic Revolution Ayatollah Seyyed Ali Khamenei says the US is trying to provoke the thoughtless Saudis into confrontation with Iran as part of a plan to get Muslim states engaged in infighting.

Iran has the technical capability to enrich uranium to a higher level than it could before a multinational nuclear deal was reached to curb its nuclear program, state TV quoted the head of Iran’s Atomic Energy organization Ali Akbar Salehi as saying.

Deputy commander of the Islamic Revolution Guards Corps (IRGC) has described missiles as Iran’s “main defensive asset” and therefore indispensable to its military might.

Iran’s Deputy Foreign Minister for Political Affairs Seyyed Abbas Araqchi has slammed London, Berlin, and Paris for ignoring the US violation of the Iran nuclear deal and even trying to appease Trump.

Iran to save JCOPA harmless as long as oil transactions persist

A senior Iranian oil official said the Joint Comprehensive Plan of Action (JCPOA) would be considered effective for Iran’s oil industry as long as international relations, made possible via the deal, continue.

US President Donald Trump has not yet decided whether to scrap the Joint Comprehensive Plan of Action (JCPOA), the 2015 nuclear deal between Tehran and world powers, US National Security Advisor John Bolton said.

Swiss Ambassador to Iran Markus Leitner said on Sunday that his country’s stance is to preserve the JCPOA, as Bern played a major role in nuclear talks between Iran and 5+1 Group.