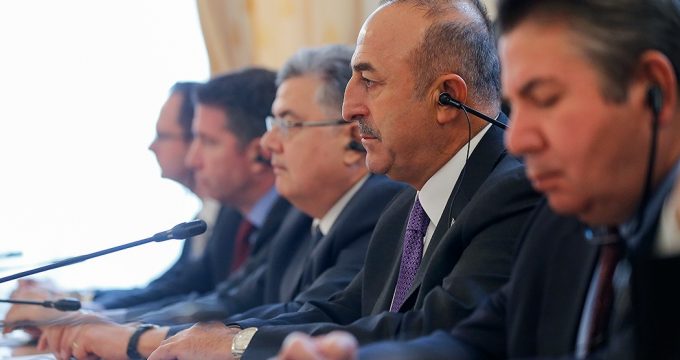 TASS– Turkish Foreign Minister Mevlut Cavusoglu has accused the US of supporting the Kurdish People’s Protection Units (YPG) and the Democratic Union Party, which Ankara considers to be terrorist organizations.

“Today, the US supports terrorist organizations and this has to stop. Unfortunately, the YPG and the Democratic Union control ten percent of the Syrian territory and it poses a great danger to our national security in Afrin, Manbij and other border areas. This is why these terrorist organizations, as well as the IS [the Islamic State terror group outlawed in Russia – TASS], must leave Syria,” Cavusoglu said at a press conference following talks with Russian Foreign Minister Sergey Lavrov and Iranian top diplomat Mohammad Javad Zarif on Saturday.

“In 2016, the US promised that these terrorist organizations would leave Syria. We want the Americans to keep their word and facilitate the return of these areas to civilians living there,” the Turkish foreign minister added.

He also noted that the fight against terrorists was the main task in Syria but there was the need to act carefully to avoid civilian deaths. “Unfortunately, armed terrorists moved to Idlib and now live among civilians. How do we find a way out of this situation? We cannot carry air strikes on civilian facilities where terrorists hide because it would put civilians in danger, so we will find another way and continue eliminating terrorists,” Cavusoglu said.

“Idlib is one of the de-escalation zones so we are interested in ensuring the ceasefire there and we are ready to make joint efforts to counter the terrorist threat,” he concluded.