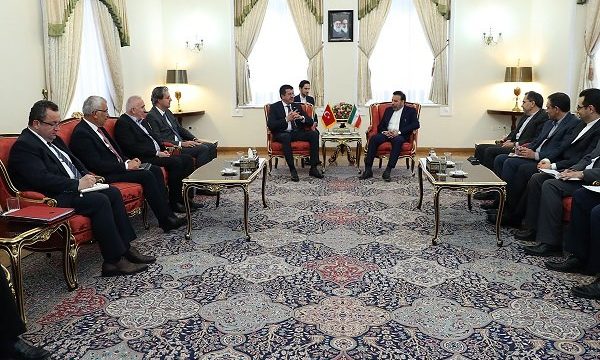 “The Islamic Republic of Iran considers tapping the full potentials of developing bilateral relations between Iran and Turkey in all economic areas in interests of both nations and governments,” said Mahmoud Vaezi, the Chief of staff of Iran’s president on Sunday.

The Iranian official made the remarks during his meeting with Turkish Minister of Economy Nihat Zeybekci, referring to the shared approach of the two countries on developing bilateral trade and economy.

“With more activities of the joint economic and development cooperation commission of Iran and Turkey, the banking ties between the two countries can get to a higher volume to uplift economic relations to a higher level,” he asserted.

The Turkish minister, for his part, in this meeting, reassured that Turkey is after bolstering bilateral economic and trade ties with the Islamic Republic of Iran and sees no limitation and obstacles in increasing these relations.

“We are determined to develop banking relations in order to develop all-out relations with the Islamic Republic of Iran,” said Mr. Zeybekci.