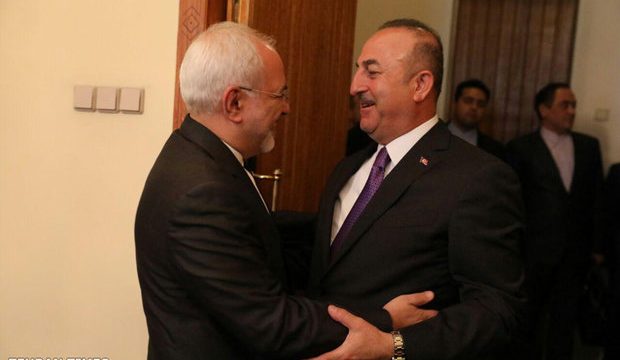 Yeni Şafak English– Turkish Foreign Minister Mevlüt Çavuşoğlu held a meeting with his Iranian counterpart Javad Zarif in Moscow on Saturday where the two discussed regional developments, including the situation in Syria.

Besides regional developments and the ongoing Syrian war, the Turkish and Iranian foreign ministers also discussed cooperation in the fields of economy and tourism during their meeting in the Russian capital.

Trilateral summit to be held

Foreign ministers Mevlüt Çavuşoğlu, Sergey Lavrov and Javad Zarif are expected to take part in the conference on Syria which is set to be held in Moscow.

The situation on the ground in Syria, along with the transitional phase and the procedures aimed at improving security in the war-torn country will all be discussed in the upcoming conference.

Foreign minister of the tripartite last met on March 15 during the Astana conference on Syria when they agreed to keep on pushing for the enforcement of de-escalation in Syria, which was a direct result of the Astana process.