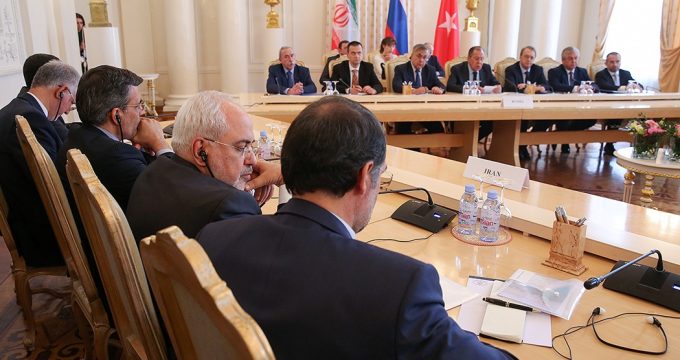 Turkish Foreign Minister Mevlüt Çavuşoğlu held a meeting with his Iranian counterpart Javad Zarif in Moscow on Saturday where the two discussed regional developments, including the situation in Syria.

Iran nuclear deal was the first step to slow down the country’s nuclear activities and increase monitoring process on that and ‘we continue to talk about it’, said German Chancellor Angela Merkel.

The Commander-in-Chief of Iran’s Army Abdolrahim Mousavi said Sat. that the hegemonic order headed by the US is in “direct opposition” to the Islamic Revolution of Iran.

Iran and Turkey have signed 5 Memorandums of Understanding on the sale of various types of aviation products on the sidelines of 2018 Eurasia Airshow in Antalya, Turkey.

An Iranian media outlet is reporting that the trial of alleged members of the Islamic State group who took part in an attack in Tehran in 2017 has begun in the country’s Revolutionary Court.

Direct flights between Tehran and Erbil officially resumed on Friday, six months after the Iraqi federal government imposed an international flight ban on the Kurdistan Region’s airport in retaliation to Sep. 25 independence referendum.

Iranian Foreign Minister Mohammad Javad Zarif lauded the Astana peace process, initiated by Tehran, Moscow and Ankara, as the only initiative that has practically led to the reduction of tensions in the Arab country.

Tehran plans to continue cooperation with Moscow in implementing the Joint Comprehensive Plan of Action (JCPOA) for the country’s nuclear program, Iranian Foreign Minister Mohammad Javad Zarif said at a meeting with his Russian counterpart Sergey Lavrov on Saturday.