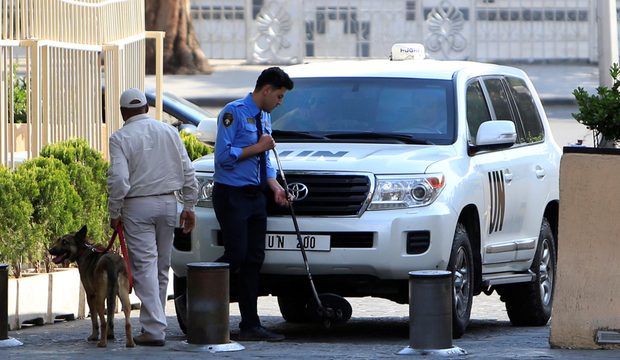 Syria, Russia bring 17 eyewitnesses to OPCW HQ in The Hague to prove that the alleged chemical attack in Douma is a fabricated play

SANA– Syrian and Russian missions to the Organization for the Prohibition of Chemical Weapons (OPCW)  brought 17 eyewitnesses to the OPCW HQ in The Hague to prove that the alleged chemical attack in Douma city is a fabricated play.

Syria’s Deputy Representative to the OPCW Dr. Ghassan Obeid said that the presence of those young people and child Hassan Diab shows the hypocrisy and lies of the countries that participated in the aggression against Syria; they want to block the investigation and not to show the truth. 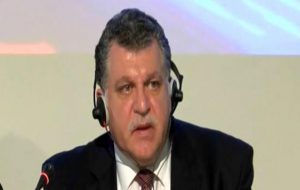 He added that “through the efforts of the Russian mission and the Syrian citizens’ arrival in The Hague, we were able to show the truth to a large number of the member states of the OPCW, where every witness spoke naturally and freely about what happened on April 7 in Douma.”

Obaid affirmed that all the witnesses confirmed that there was no incident of the use of chemical weapons in Douma, adding that the Western countries that launched the aggression on Syria boycotted this meeting because they do not want to hear the truth or face the statements of witnesses, especially the statements of the innocent child who speaks spontaneously and tells the truth.

He affirmed that the accusations against the Syrian Arab Army and the Syrian government are allegations and fabrications held by Western countries that want to distort the clear image of the Syrian army, which has resisted terrorism for seven years, adding that accusations depended on reports from open sources according to their claim and from terrorist groups funded by the so-called “White Helmets”, a terrorist organization sponsored and funded by the US and UK.

Obeid pointed out that the so-called “White Helmets” is appearing in all fabricated videos claiming the use of chemicals, describing its members as “criminal murderers who kill children and do not provide them with treatment”, indicating that in the alleged incident of Khan Shaikoun “White Helmets” members were injecting people in the heart directly where the children’s eyes and girdles were enlarged and not narrow, meaning that they were not infected with any chemical.

He noted that Syria had repeatedly asserted that it has never used chemical weapons and that it had eliminated all its weapons once it joined the OPCW in 2013 under the supervision of its experts.

Obeid said that since the beginning of the year, the Syrian Mission sent more than 100 memorandums to the Technical Secretariat of the OPCW informing them that there is information that terrorists are preparing to fabricate an incident in which the Syrian army will be accused of using chemical weapons. In addition, specific information was provided on the coordinates of the location of chemical weapons stores that were transferred to terrorist groups. However, accusations were directed against the Syrian army.

He pointed out that the three countries who launched the aggression on Syria did not wait for the arrival of a fact-finding mission called for by Syria to reach immediate and urgent investigation of allegations of chemical use in Douma and they had carried out their aggression on Syria with more than 100 missiles.

Obeid went on to say that the OPCW fact-finding team had visited several sites in Douma, collected samples and met a large number of witnesses, adding that the report of this team will show that the area is clear of any use of chemical weapons, noting that the OPCW inspectors visited last year the Center for Scientific Research in Jamraya, which was targeted twice by the triple aggression’s missiles, and they confirmed in their report that there were no prohibited chemicals or activities prohibited under the Convention.

For his part, Russia’s Permanent Representative to the Organization for the Prohibition of Chemical Weapons (OPCW) Alexander Shulgin said that “we had no doubt that the allegations of chemical use in Douma are a fabricated and provocative play staged by the so called White Helmets and Western media outlets.”

“We can prove that the video of the White Helmets is fabricated and therefore there is no basis or validity to the signals of Western countries that this material is evidence of a chemical attack in the city of Douma,” he said, adding that the chemical weaponry is a provocation.

He does not exclude new provocations “because the Americans are threatening to use force again against Syria, but we will not allow it.” 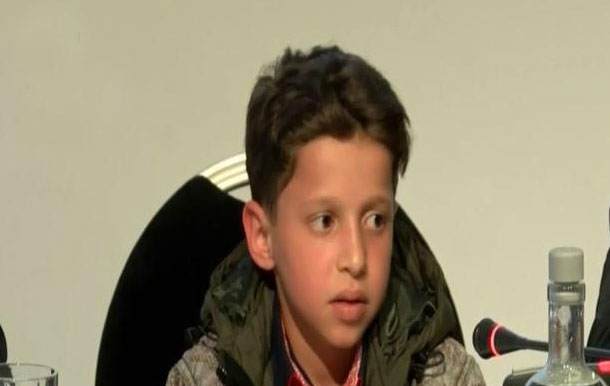