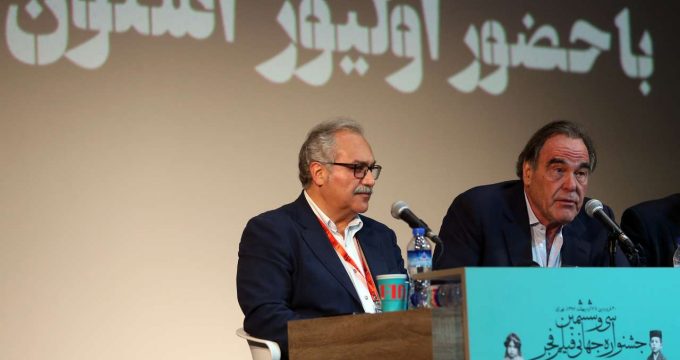 IRNA – American writer and filmmaker Oliver Stone said Iran has the warmest people across the world.

Addressing a press conference in the 36th edition of Fajr International Film Festival (FIFF), Stone said: ‘Since my first visit to Iran, I have traveled to Isfahan and Kahshan in central Iran and I have encountered many smiles in the streets and even the hotels.”

He also appreciated the FIFF organizers, adding that he has come to Iran to attend the festival and watch different films.

Stone, who is best known for the hit films Platoon, Born on the Fourth of July and Natural Born Killers added that Iran enjoys a rich history, which dates back to 2,500 years ago.

Stone also expressed hope that he could shoot a film about an Iranian politician in future.

Referring to the forged news about his intention to make an exclusive interview with the previous Iranian President Mahmoud Ahmadinejad, he denied such news, adding that he has never tried to interview him.