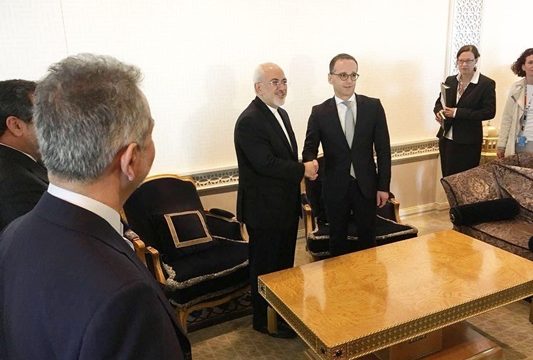 IFP – Iranian Foreign Minister Mohammad Javad Zarif and his German counterpart Heiko Maas have exchanged views on the restoration of peace to Syria.

In the Tuesday meeting in New York, the two top diplomats conferred on the situation in Syria and emphasised the need to make efforts to restore stability to the Arab country through political talks.

They also rejected any military solution to the crises in the Middle East.

Accordingly, Zarif and Maas discussed Syria while stressing the trend of Astana talks as well as a peaceful and political settlement of the crisis in the country.

In addition to regional and international issues, the two foreign ministers underlined the need to enhance bilateral relations and mutual cooperation on different fronts.

They further discussed the future of the Iran nuclear deal and the necessity of more efforts and commitment on the part of European countries to preserve it.

Among other key topics on the agenda were upcoming trips to the US by European leaders and their attempts to maintain the nuclear agreement as well as the need for them to make all parties to the deal fully live up to their obligations under the JCPOA. 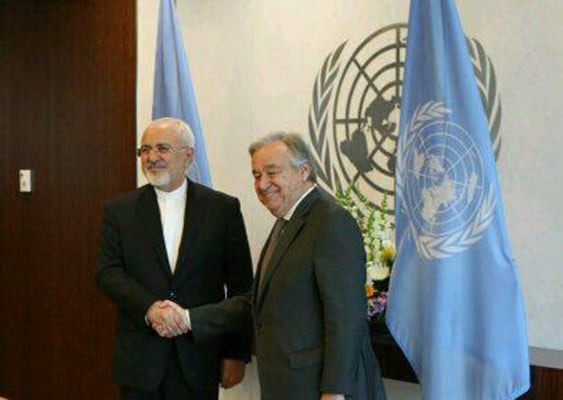 High on the agenda of the talks were the developments in the Middle East, especially the situation of Syria and Yemen, and the UN’s role in helping restore peace and stability to the region through political dialogue.

The UN chief further expressed his support for efforts to preserve the Iran nuclear deal while stressing the need for all signatories to the deal to make good on their obligations under the agreement.