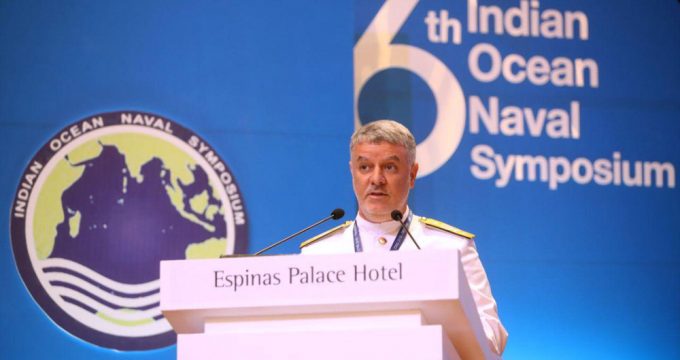 MNA– Iran’s Army Navy Commander Rear Admiral Hossein Khanzadi has hailed the IONS conference in Tehran, saying it was the biggest military conference of its kind held in Iran since the Islamic Revolution.

Khanzadi said that through this event, some of the naval commanders of the countries that had never been in our country came to Iran and that was one of the major political achievements of that event for Iran, irritating enemies such as the Zionist regime.

“The enemies know that such conferences could reduce the pressures on Iran,” Khanzadi pointed out, adding “the presence of representatives from five continents and 32 independent countries in Iran could neutralize the enemies’ attempts to isolate Iran.”

Khanzadi added that due to the importance of the IONS, the United States has applied to become an observing member while it has been denied so far.

Responding to a question regarding the differences between IRGC and naval forces of Iran Army, Commander Khanzadi said that IRGC and Navy are united forces to defend the country against the enemies.