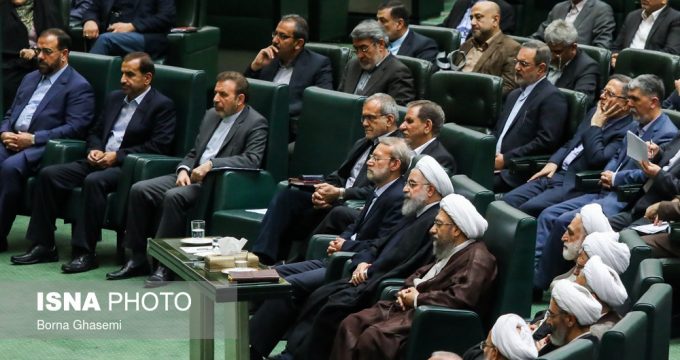 Talking to reporters at the end of the meeting of three branches of power on Sunday, he added that the meeting dealt with public demands as well as the problems facing the people.

Regional developments and other topics including the 2015 nuclear deal, officially known as Joint Comprehensive Plan of Action (JCPOA) which might be violated were also discussed by the heads of the three branches of power, Rouhani said.

Foreign exchange was another issue discussed during the meeting, Rouhani said, noting that the government has made necessary arrangements to provide the required foreign exchange for the country.

Coordination among trio branches of government is the only way to succeed in all issues, Rouhani said, noting that the government, Majlis and Judiciary are determined to remove obstacles in the way of investment and production.