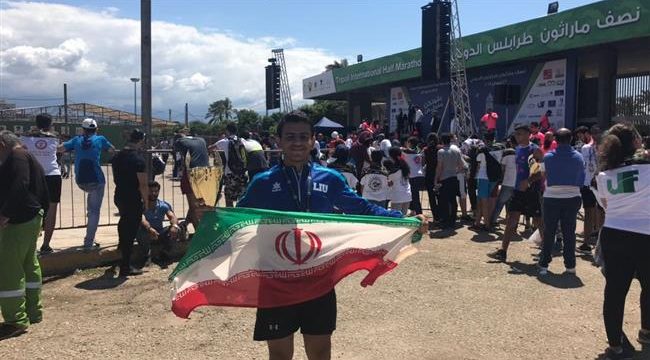 Press TV – Junior Iranian sportsman Haydar Alavi has run at an amazing speed at the Tripoli International Half Marathon in Lebanon, and clinched the crown at the sporting event.

More than 2,300 amateurs and professional runners from various world countries took part in the Tripoli International Half Marathon on April 22, 2018.

The event was held under the motto of “With Your Strength, We Run For the Security Forces and the Army”.

Participants competed in junior, senior and veteran categories, and in men’s and women’s sections.

A half marathon is a road running event of 21.0975 kilometers (13.1094 miles), which is half the distance of a conventional marathon.

Participation in half marathons has grown increasingly popular since 2003, partly because the race does not require the same level of training that a marathon does.