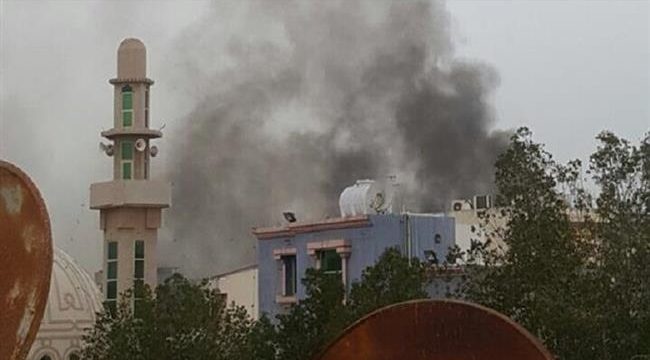 Last year, Awamiyah, mainly populated by Shia Muslims, witnessed angry protests against the Riyadh regime over its controversial campaign to raze the historical Musawara neighborhood of the town, located in the Qatif region, under the pretext of “renovating” the area.

Riyadh responded to the protests with force, promoting heavy clashes with the locals.

Saudi rulers claimed the district’s narrow streets have become a hideout for armed men which they accuse of being behind attacks on security forces in Eastern Province.

Riyadh then deployed military forces with heavy weapons to the town, while bulldozers escorted by heavily armored military vehicles demolished several houses, businesses and historical sites across the Shia-majority region.

Dozens of civilians were killed in the weeks-long military crackdown, including a three-year-old boy who died after a Saudi armored vehicle fired on his family car, according to locals. Some 30,000 people also fled the town.

The UK’s envoy to Riyadh said in a video released by the UK-based Saudi-owned Asharq al-Awsat newspaper on Twitter on Thursday that he had visited Musawara earlier that day.

“This is a place where the Saudi authorities defeated terrorists last year and where they have begun to rebuild the community,” said Simon Collis.

Activists, meanwhile, lashed out at the envoy for his remarks.

“It is disgraceful to sweep under the carpet the Saudi state violence. The problems in Awamiyah can’t be solved by taking security measures or through some artificial investment,” he added.

The United Nations has blasted Saudi Arabia’s so-called renovation project as “historical cleansing,” saying Riyadh is trying to make living conditions there unbearable for the residents by imposing utility cuts on households.

The British envoy, however, claimed, “You can see that there’s been problems here in the past, but that now there is a drive to renew the community based on the return of security to Awamiyah.”

Awamiyah was home to prominent Saudi cleric Sheikh Nimr al-Nimr, whom the authorities executed in early 2016 for supporting the popular protests against Riyadh’s discriminatory policies in dealing with the kingdom’s Shia population.

“There are many peaceful activists behind bars since 2011. Security presence and raids are still ongoing in Awamiayh. We need a political solution,” the activist added.

The UK, a close ally of Riyadh, has largely kept silent on the regime’s suppression of dissent in the kingdom. It has also been one of the major providers of arms to Saudi Arabia during its deadly war on Yemen.