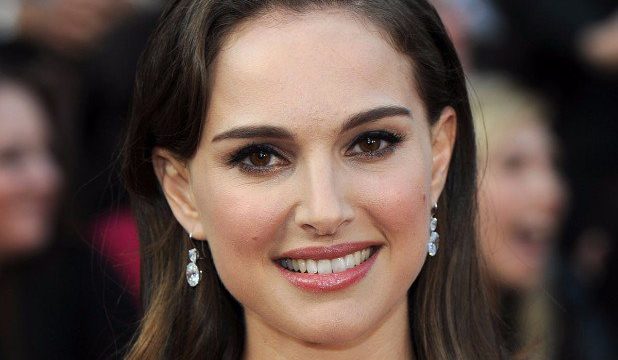 The New York Times– Natalie Portman, the Oscar-winning actress, has backed out of a major award ceremony meant to honor her in Jerusalem, with her representatives citing her distress over “recent events” in Israel.

Ms. Portman did not initially elaborate, leading many to interpret her decision as stemming from the deadly protests along Israel’s border with Gaza, in which about three dozen Palestinians have been killed by Israeli fire over the past four weeks. Four more deaths were reported on Friday.

Late Friday, however, she issued a statement saying that her objection was to the scheduled presence of the Israeli prime minister at the ceremony.

“My decision not to attend the Genesis Prize ceremony has been mischaracterized by others,” Ms. Portman said. “Let me speak for myself. I chose not to attend because I did not want to appear as endorsing Benjamin Netanyahu.”

Ms. Portman is the latest celebrity to wade into a conflict that has long drawn criticism and protest from actors, musicians and artists critical of Israeli’s actions against Palestinians. Hundreds have endorsed the so-called B.D.S. movement, a pro-Palestinian campaign that calls for boycott, divestment and sanctions against Israel.

The Israeli government and other critics say the boycott movement is anti-Semitic and aims to delegitimize Israel and undermine its right to exist. Prime Minister Benjamin Netanyahu has said the movement wants “to see the end of the Jewish state.”

In a letter to Ms. Portman on Friday, Gilad Erdan, Israel’s minister of public security and strategic affairs, wrote, “Sadly, it seems that you have been influenced by the campaign of media misinformation regarding Gaza,” and invited her to tour the border area.

Ms. Portman, who is Jewish and was born in Israel, has starred in such hit movies as “Black Swan” and the “Star Wars” prequel trilogy. She directed a 2015 feature, “A Tale of Love and Darkness,” an adaptation of the autobiographical novel by the Israeli author Amos Oz and shot in Jerusalem.

In her statement Friday, Ms. Portman said: “I am not part of the B.D.S. movement and do not endorse it. Like many Israelis and Jews around the world, I can be critical of the leadership in Israel without wanting to boycott the entire nation.”

“Israel,” she said, “was created exactly 70 years ago as a haven for refugees from the Holocaust. But the mistreatment of those suffering from today’s atrocities is simply not in line with my Jewish values. Because I care about Israel, I must stand up against violence, corruption, inequality, and abuse of power.”

The protest, which began as a grass-roots campaign and was quickly adopted by Hamas, the Islamist militant group that controls Gaza, is meant to draw international attention to the 11-year blockade of the isolated, impoverished coastal territory, which Israel and Egypt impose, citing security grounds, and to Palestinian demands for a return to lands in what is now Israel.

Israel’s military says it is acting to prevent any mass crossing of the fence and to prevent attacks against Israeli soldiers and nearby communities under cover of the protests.

Ms. Portman’s decision was not the first time a celebrity has opted out of an event in Israel over disagreements with its policies. Also this year, the musician Lorde ignited outrage in some quarters when she canceled a concert in Tel Aviv at the urging of fans who asked her to reconsider the performance.

Her cancellation drew angry denunciations from several prominent Israelis and Jewish leaders. A well-known American rabbi, Shmuley Boteach, took out a full-page ad in The Washington Post calling her a bigot, and an Israeli rights group filed a lawsuit against two New Zealanders who wrote one of many open letters urging Lorde to cancel the show.

Many others offered support to the singer, including dozens of celebrities and artists who signed an open letter in The Guardian. Among them were the former Pink Floyd frontman Roger Waters, the singer Peter Gabriel, and the actors Viggo Mortensen and Mark Ruffalo. Hundreds of other celebrities criticized Israel and offered their support for the Palestinian cause, including Rihanna, Penélope Cruz and Russell Brand.

Others have positioned themselves firmly on the other side of the debate. Gal Gadot, an Israeli actress who rose to fame for starring in the 2017 movie “Wonder Woman,” offered her prayers for the Israeli Defense Forces on social media, as did the Israeli model Bar Refaeli.

The actress Scarlett Johansson drew scorn from some and was dropped by the charity Oxfam as a spokeswoman after eight years over a deal with SodaStream, an Israeli company that had a factory in a Jewish settlement in the Israeli-occupied West Bank.

Ms. Portman has in the past been very critical of Mr. Netanyahu, saying she was “very, very upset and disappointed” over his re-election in 2015. “I find his racist comments horrific,” she said.

The Genesis Prize was founded in 2013 to celebrate Jewish achievement and contribution to humanity, in the words of the organizers. Its founding partners are listed on the prize website as the Israeli prime minister’s office, the Genesis Philanthropy Group and the Jewish Agency for Israel, a quasi-governmental organization that deals with Jewish immigration and the wider Jewish diaspora. Previous laureates include Michael R. Bloomberg (2014), Michael Douglas (2015), Itzhak Perlman (2016), and Anish Kapoor (2017).

Before Ms. Portman’s issued her statement Friday explaining her decision to pull out of the prize ceremony, both supporters and critics of the B.D.S. movement seized on her decision to score points.

Supporters saw the move as evidence of a growing swell of cultural figures protesting Israel’s policies.

“This latest rebuff to Israeli cultural events and accolades, coming from an Israeli-American superstar, is arguably one of the strongest indicators yet of how toxic the Israel Brand has become, even in some liberal circles in Hollywood,” Omar Barghouti, a co-founder of the B.D.S. movement, said in an email. “I can sense our South Africa moment coming closer.”

On the other side, Miri Regev, Israel’s minister of culture and sport, said in a statement to Israeli news media, “I was saddened to hear that Natalie Portman has fallen as a ripe fruit in the hands of B.D.S. supporters,” adding, “Natalie, a Jewish actress who was born in Israel, now joins those who refer to the success and wonder of the rebirth of Israel as ‘a tale of darkness and darkness.’”

Oren Hazan, who, like Ms. Regev, belongs to Mr. Netanyahu’s conservative Likud Party, suggested that Ms. Portman, a dual national who also holds American citizenship, should be stripped of her Israeli citizenship. He called on Israelis to boycott her future movies.

But Rachel Azaria, a legislator from a centrist party that sits in Mr. Netanyahu’s coalition, wrote on Twitter that Ms. Portman’s cancellation should serve as “a warning light.”

“She is totally one of us, identifies with her Judaism and her Israeliness,” Ms. Azaria wrote.

Referring to what many view as the increasing alienation of young, liberal American Jews from Israel, or at least from its right-wing government, she said that Ms. Portman was “now speaking for many Jews in the United States, and essentially the young generation.”