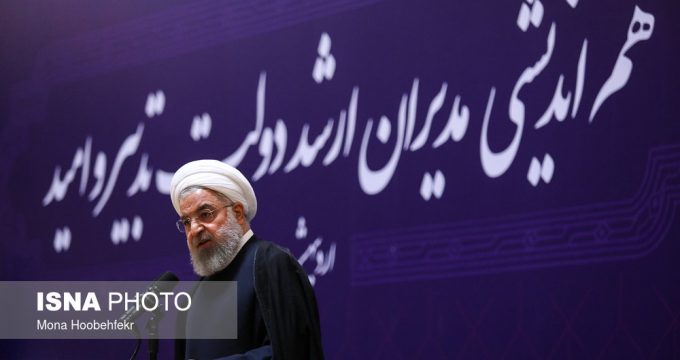 Iranian President Hassan Rouhani made the remarks in a meeting with senior directors of government bodies at Islamic Summit Conference Hall in the north of Tehran.

The president said that the government is in the service of people according to the Islamic teachings, calling on the managers of the government bodies to give up their posts if they hesitate to serve the people.

Elsewhere in his address, the Iranian president referred to the animosity of “super powers” towards Iranian nation, saying that meeting the people’s demands is the way to repel the pressures and threats.

President Rouhani further acknowledged that there is corruption in the government bodies, stressing that it should be fought against seriously.

Rouhani added that developing an electronic government is a great way to reduce corruption.