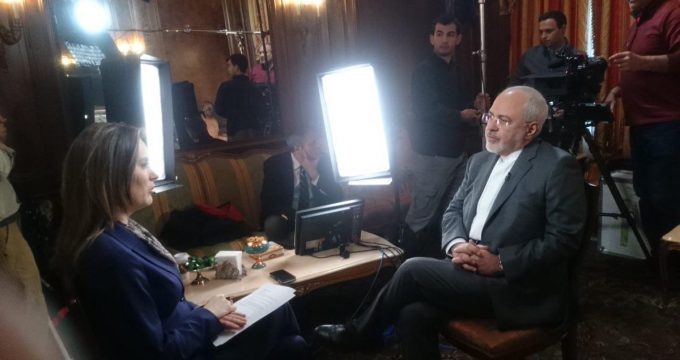 Iran open to prisoner swap if US has ‘change of attitude,’ says Foreign Minister

“The United States needs to approach this from a position of dealing with another sovereign government,” said Zarif, “And if that approach led to change, then the United States would see a difference.”

Five Americans are known to have been detained by Iranian authorities, including the controversial arrest of Princeton scholar Baquer Namazi who is suspected to be in failing health. Some argue the regime’s detention of American-Iranian dual nationals is little more than an attempt by hard-liners to create leverage.

Asked about the conditions of the imprisoned Americans, Zarif insisted that their health requirements were being “taken care of.”

“Our judiciary is an independent organ,” Zarif told Brennan, “just what you would say about your courts, and we cannot have an impact on the decisions of our judiciary. But we have been trying to use our influence from a humanitarian perspective. First of all, in order to make sure their health requirements are taken care of as well as to see whether a humanitarian agreement can be reached.”

Some family members of the detained have pleaded for the Trump administrationto engage the Iranian government directly in securing their release. In 2016, Iran released four Americans in a swap for seven Iranians held in the United States. At the time, many Republicans condemned the exchange negotiated by the Obama administration.

After a fiery speech by President Trump at the United Nations, where he condemned Iran as a “murderous regime” that needed to free Americans “unjustly detained,” the Iranians reportedly declined an offered conversation between the president and Iranian President Hassan Rouhani.

“You do not engage in negotiations by exercising disrespect for a country, for its people, for its government, by openly making claims including this illusion about regime change. Then you do not leave much room for a genuine dialogue,” said Zarif.

Pressed by Brennan on whether the Iranians were open to an exchange, like the Obama-era swap, Zarif offered an opening.

“It is a possibility, certainly from a humanitarian perspective, but it requires a change in attitude,” said Zarif.