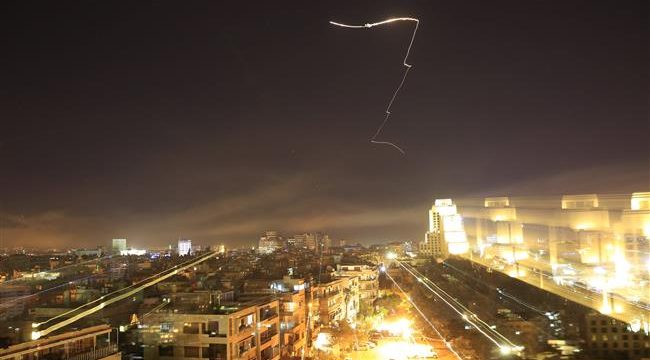 IRNA – An Iranian Member of Parliament called on the United Nations to probe US use of weakened uranium in its recent missile aggression on Syria.

Member of Parliament National Security and Foreign Policy Commission Heshmatollah Falahat Pisheh urged the UN to identify what eccentric materials have been used in US weapons.

The US had earlier used weakened uranium in strikes against Iraq and the same material has been used by the Zionist regime of Israel, he told the Islamic Republic News Agency (IRNA) on Friday.

He also referred to use of weakened uranium in weapons used by the Saudi Arabian against Yemen as US violation of Treaty on the Non-Proliferation of Nuclear Weapons (NPT).

The United Nations should rapidly form a committee to review the issue just like the investigation it is doing in Douma City for chemical weapons, Falahat Pisheh said.

Weakened uranium is used in weapons to boost its explosive power, he added.

The US together with its allies, the UK and France targeted the Syrian capital city of Damascus on April 14.

The US attack on a military base in Homs, western Syria, injured 3 civilians, Syrian Arab News Agency (SANA) had earlier reported.

The media affiliated with the terrorists had claimed that the Syrian jet fighters conducted a chemical attack on Douma last Saturday killing 75 people and injuring scores of others.

This is while Syria had earlier warned against terrorists’ attempts to orchestrate chemical attack scenario in Eastern Ghouta.