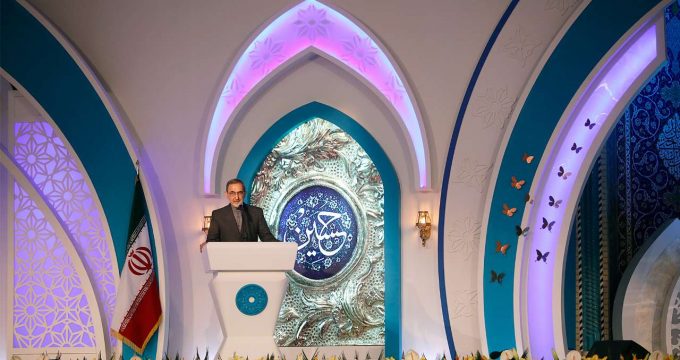 Iran not to allow US to disintegrate Muslim countries: Velayati

Tasnim – The US administration is seeking to undermine unity among the Islamic countries and split their territories, Ali Akbar Velayati, an international adviser to the Leader of the Islamic Revolution, warned but at the same time noted that Iran will foil the plot.

“Disintegrating Muslim countries and undermining the Islamic unity are among their (the US officials’) goals,” Velayati said, addressing the opening ceremony of the 35th International Holy Quran Recitation Competition in Tehran on Thursday.

However, the Americans will not succeed in weakening and breaking up the Islamic nations, the top adviser added.

He went on to say that Iran is always siding with the Muslim Ummah (community) and will not allow their borders to change.

“Iran as the flag-bearer of the resistance front will not allow the Muslim countries to disintegrate,” Velayati added.

He further pointed to the emergence of Daesh in the Middle East region and said the West and its allies sought to portray “a frightening and horrible” image of Islam but they have miscalculated.

In recent years, the Middle East has been plagued with Takfiri terrorist groups like Daesh (ISIL or ISIS), which are believed to have been created and supported by the West and some regional Arab countries.

The terrorist groups, which claim to be Islamic but whose actions are anything but, have been committing heinous crimes not only against non-Muslims but mostly against Muslims in the region.

Iraq and Syria have been among the countries gripped by terrorism.

Iran, a close ally of the two countries, has supported their legitimate governments in their campaign against foreign-backed militancy and terrorism.