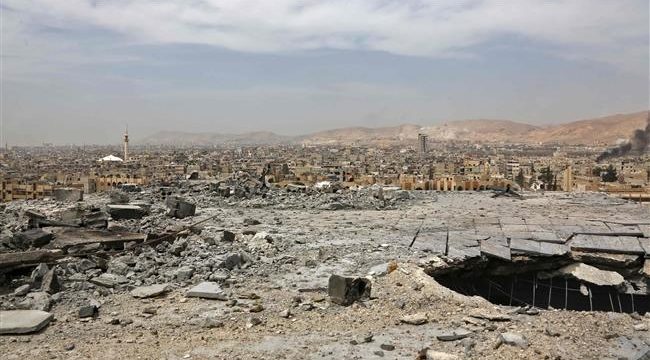 Press TV – The Syrian army has reportedly given a 48-hours ultimatum to Takfiri Daesh and al-Nusra Front terrorist groups to agree to withdraw from areas south of the capital, Damascus, or face a major counter-terrorism operation in the area.

“If they refuse, the army and supporting forces are ready to launch a military operation to end the presence of the organization in the area,” Syrian newspaper al-Watan reported on Thursday.

On Tuesday, the Syrian army begun shelling the militant-held enclave in the Palestinian Yarmouk camp and the nearby al-Hajar al-Aswad area prior to the planned military campaign that would target the Daesh and the al-Nusra Front terror groups.

Yarmouk, some 8 kilometers south of Damascus, hosted Syria’s largest Palestinian refugee community before the Syrian crisis erupted in 2011. Most of Yarmouk residents have already fled the area, but the UN says several thousand still remain in the camp.

The Yarmouk district’s liberation would give the Syrian government full control over the capital for the first time since 2012.

On Saturday, Syrian soldiers entered the town of Douma for clean-up operations days after they fully retook the entire suburban area near Damascus from foreign-backed militants.

Douma was the last militant stronghold in the Eastern Ghouta region, which for years served as a launch pad for deadly terror attacks against civilians in the Syrian capital.

The Douma liberation came after the withdrawal of the members of the so-called Jaish al-Islam terrorist group under a Russia-mediated agreement with the government.