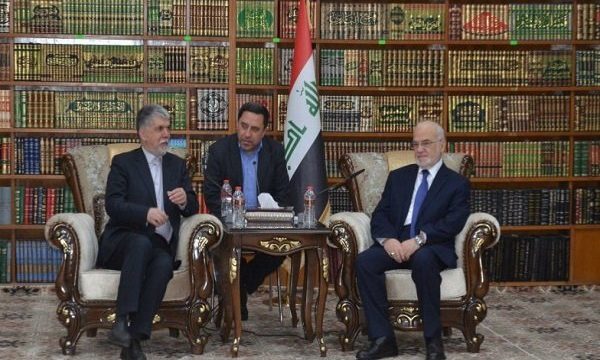 MNA– Iran’s Minister of Culture and Islamic Guidance Seyed Abbas Salehi, who is in Baghdad on an official visit, has met with Iraqi Foreign Minister Ibrahim al-Jaafari.

In the meeting which that started this afternoon in Baghdad, Iran’s ambassador to Iraq Iraj Masjedi and some other Iranian officials are present

The two sides are expected to discuss bilateral relations as well as recent developments in the region.

Heading an Iranian delegation comprised of his deputies, Iran’s Culture Minister Salehi arrived in Baghdad on Monday afternoon for a four-day visit.

The Iranian cultural delegation has so far met with different Iraqi officials and politicians including Vice President Nouri Al-Maliki and the head of National Wisdom Movement Ammar Hakim to discuss further cultural cooperation between the two countries.