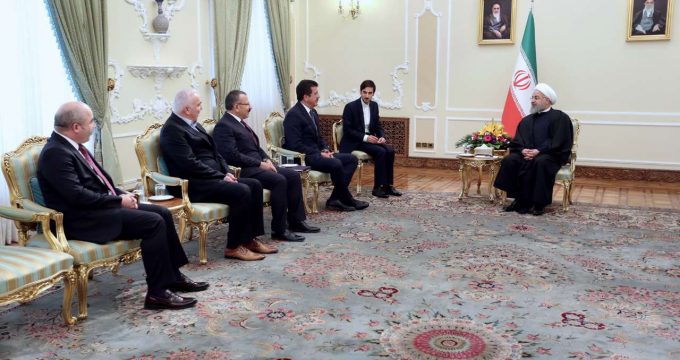 President Rouhani stated that the Islamic Republic of Iran and Turkey enjoy ample historical and cultural commonalities and further deepening of bilateral, regional and international relations between the two countries beneficial for peace and stability in the region and the world.

During the Wednesday meeting with Turkish Economy Minister Nihat Zeybekci on Wednesday, Mr. Hassan Rouhani said, “Fortunately in recent years, relations between the two countries have been developing in all fields of mutual interest and we should continue along this path to serve both nations’ interests”.

“Without a doubt, development of banking relations is very important for deepening of economic relations and ties between the private sectors,” he continued.

Turkish economy minister Nihat Zeybekci, who is in Iran as the head of a high-ranking economic delegation, said, “Turkey is determined to remove the obstacles on the path of further development of relations between the two countries and take major steps in deepening cooperation.”

He added, “Turkey attaches great importance to deepening of relations and cooperation with Iran in all fields of mutual interest and intends to further cement these ties by laying out a road map.”