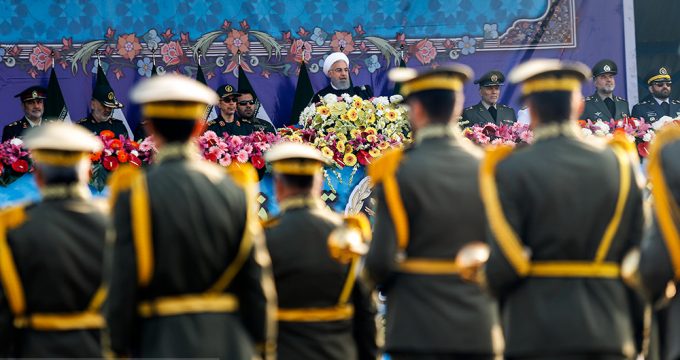 MNA – Iran is commemorating its Army Day, marking the establishment of the Islamic Republic of Iran’s Army, on Wed. during a ceremony attended by President Hassan Rouhani and top military brass.

The ceremony marking the Islamic Republic of Iran Army Day on April 18 has kicked off in front of the Mausoleum of Imam Khomeini in capital Tehran.

Each year, the ceremony begins with President Rouhani’s address, followed by nationwide parades demonstrating the military capabilities of Iran’s Armed Forces, and the unveiling of new defense technologies designed and build by Iranian experts.

Concurrent with Army parades in Tehran and across the country, the Iranian Navy will also stage parades on the Persian Gulf waters.

Iran has been celeberating Army Day since 1979.