A Look at Iranian Newspaper Front Pages on April 18

Iran Front Page- IFP has taken a look at the front pages of Iranian newspapers on Wednesday, April 18, and picked headlines from 23 of them. IFP has simply translated the headlines and does not vouch for their accuracy.

The recent fluctuations in Iran’s foreign exchange market and the government’s policy to control the crisis remained a top story on Wednesday.

Several papers also continued to cover the ongoing speculations and remarks about the possible blocking of Telegram messaging app, and the need to switch to domestic messengers.

Also a top story today was a report by Robert Fisk that the alleged chemical attack on Syria’s Douma was fake, and that the “UK-affiliated” White Helmets had forged evidence to claim the Syrian government was behind the attack.

The strong protests by the British and French Parliaments against their respective governments’ involvement in the Syria strikes also received great coverage today. 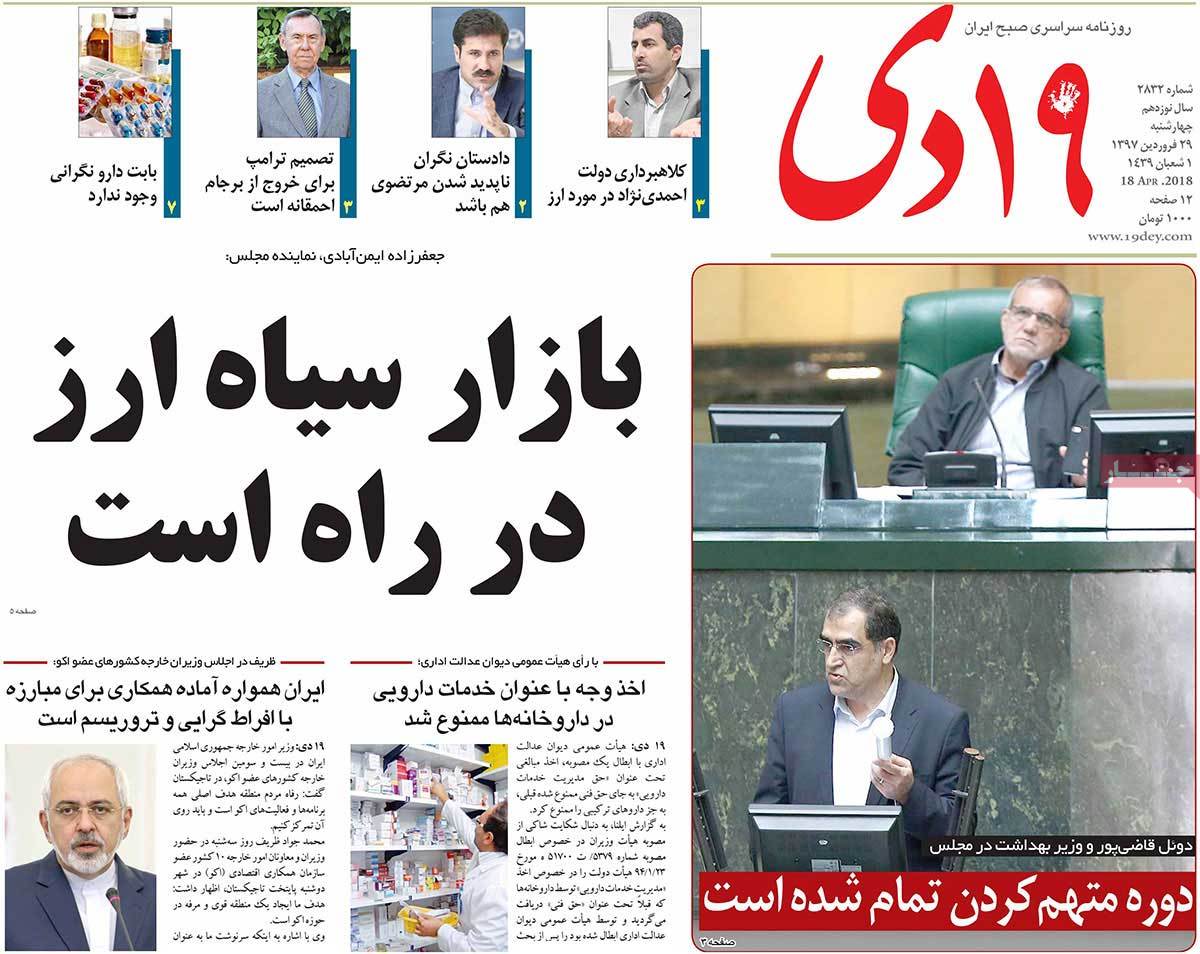 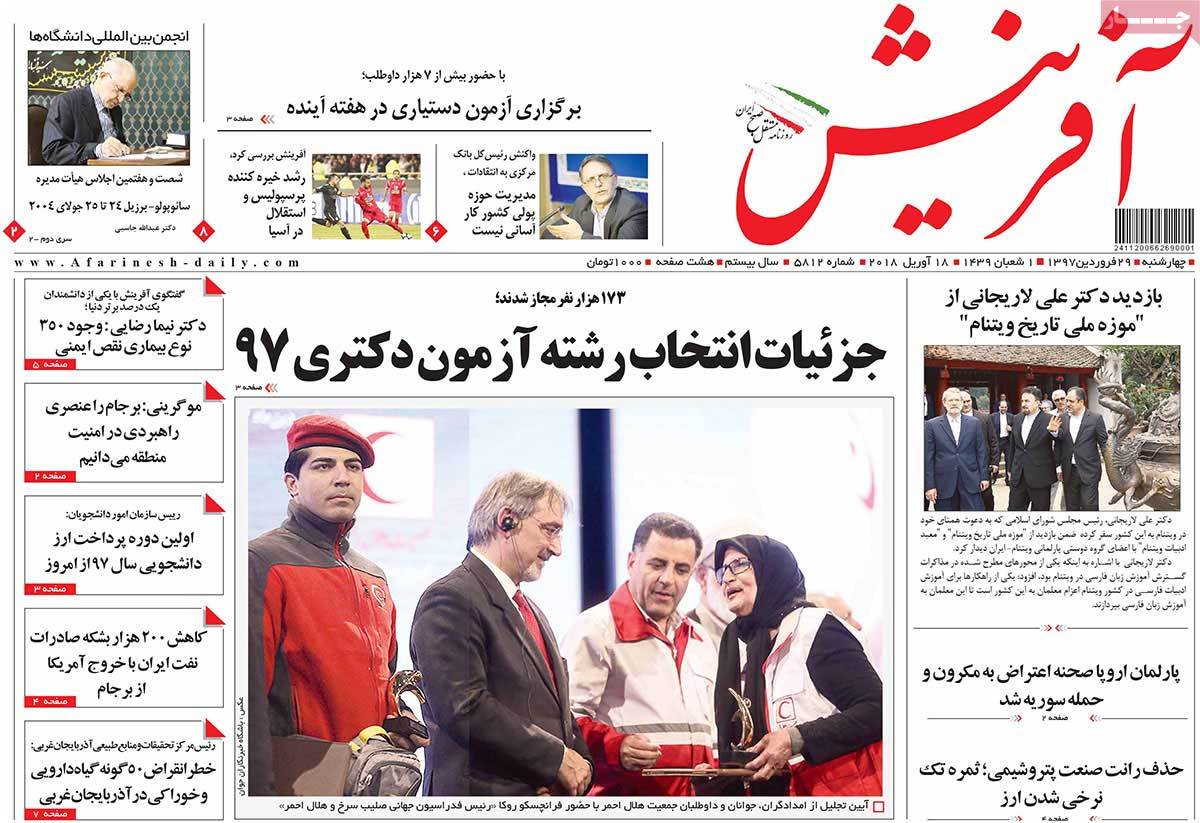 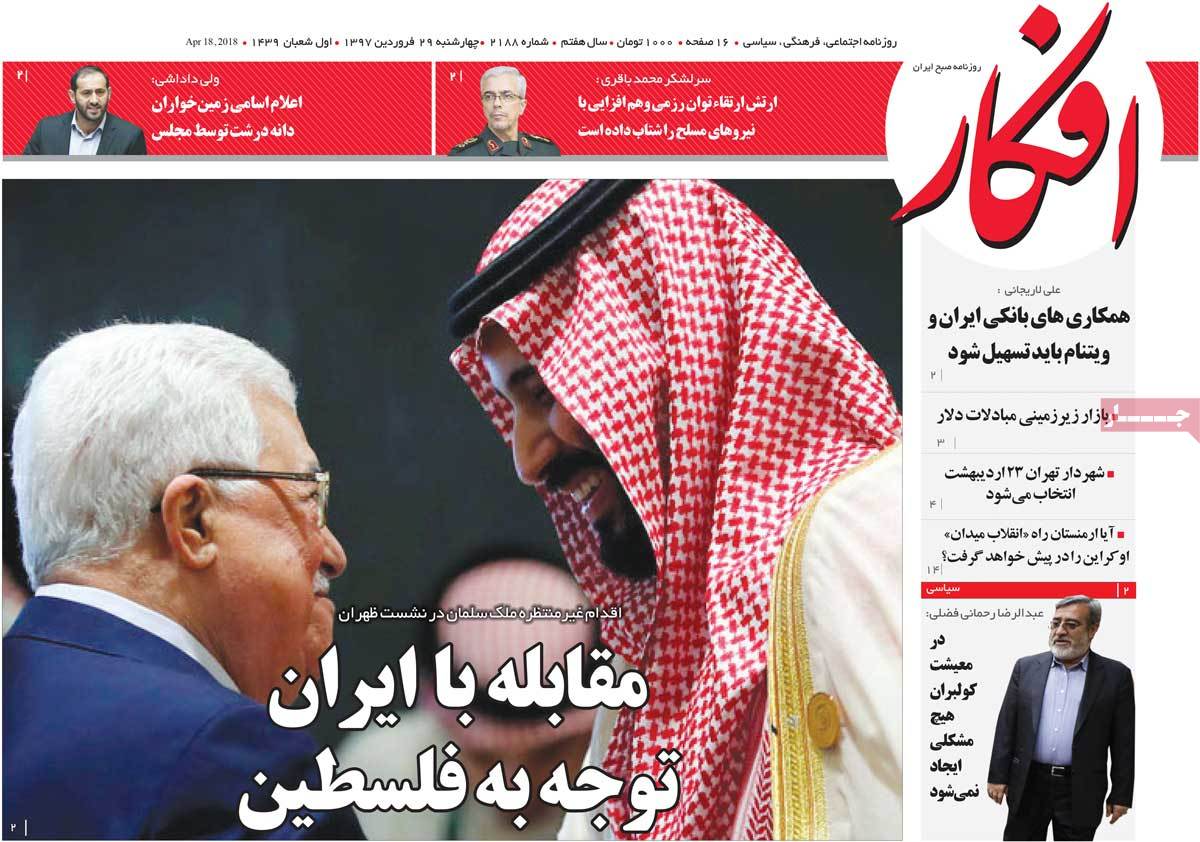 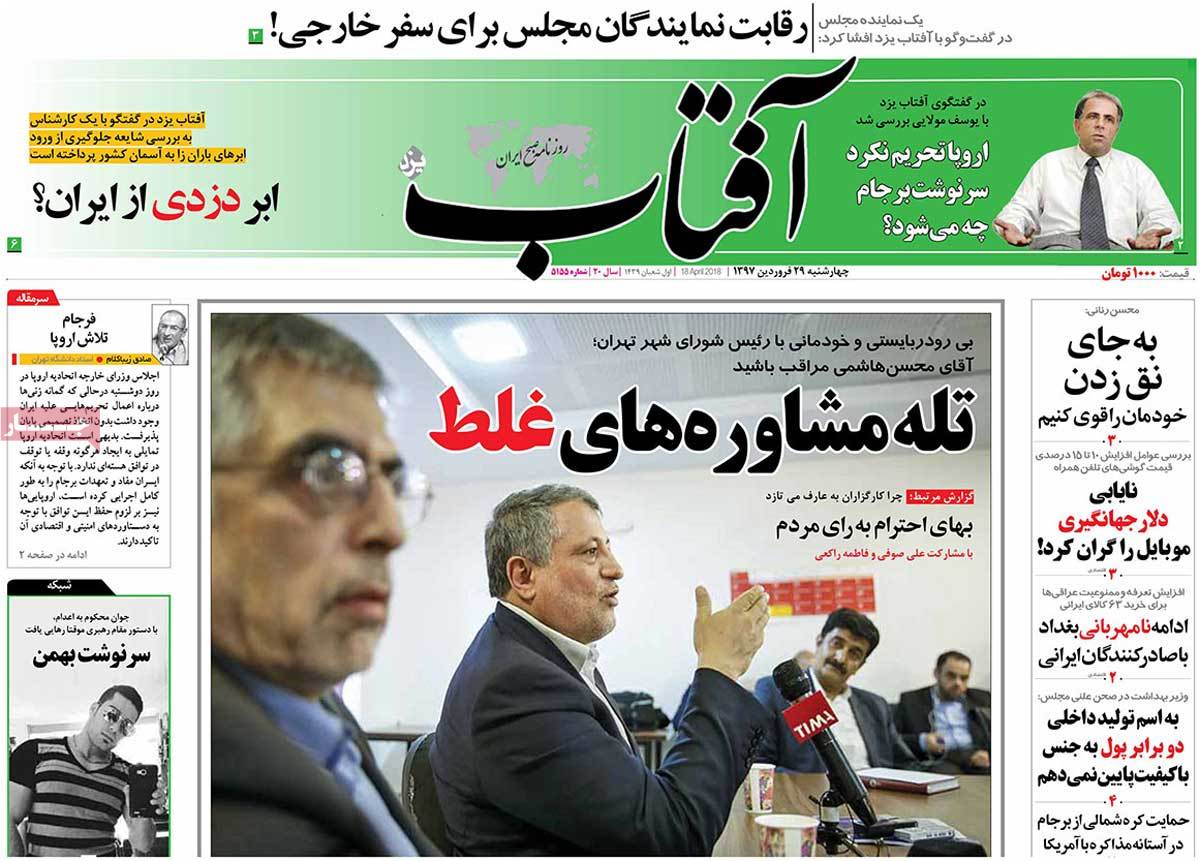 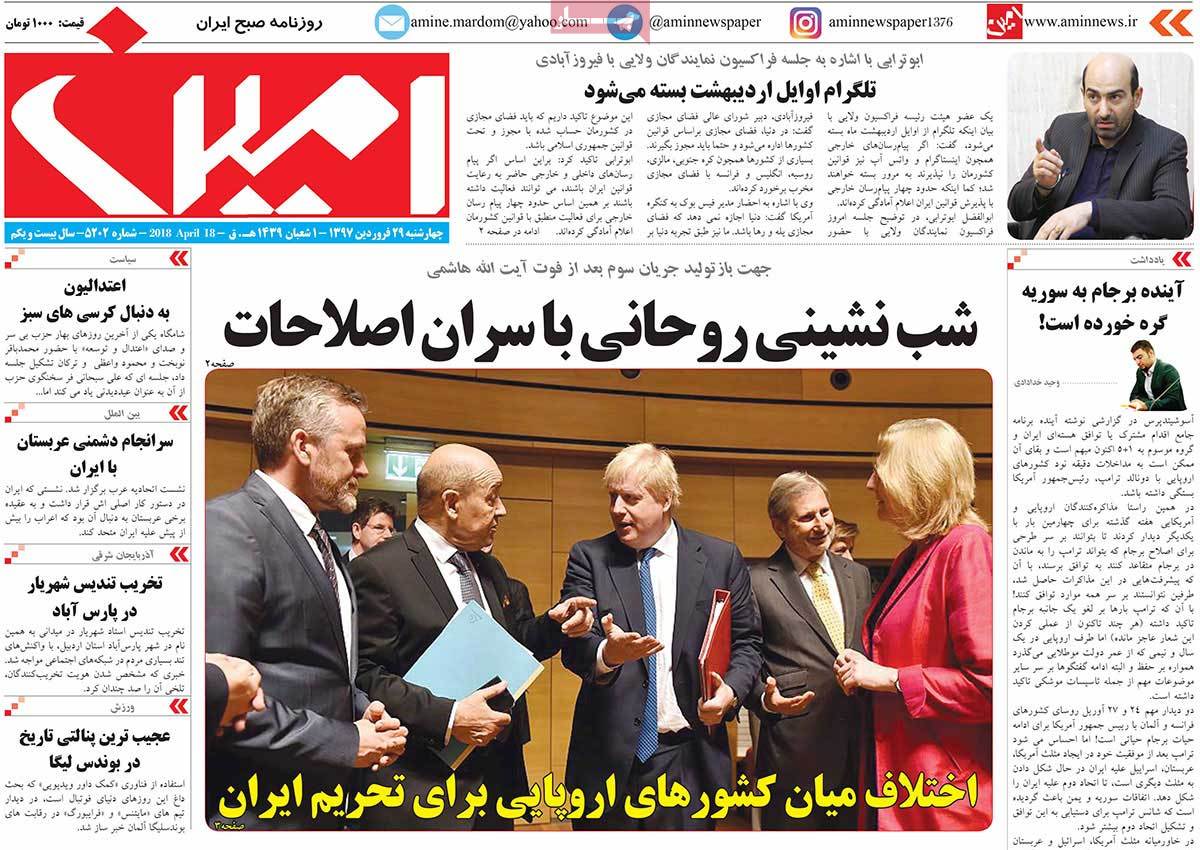 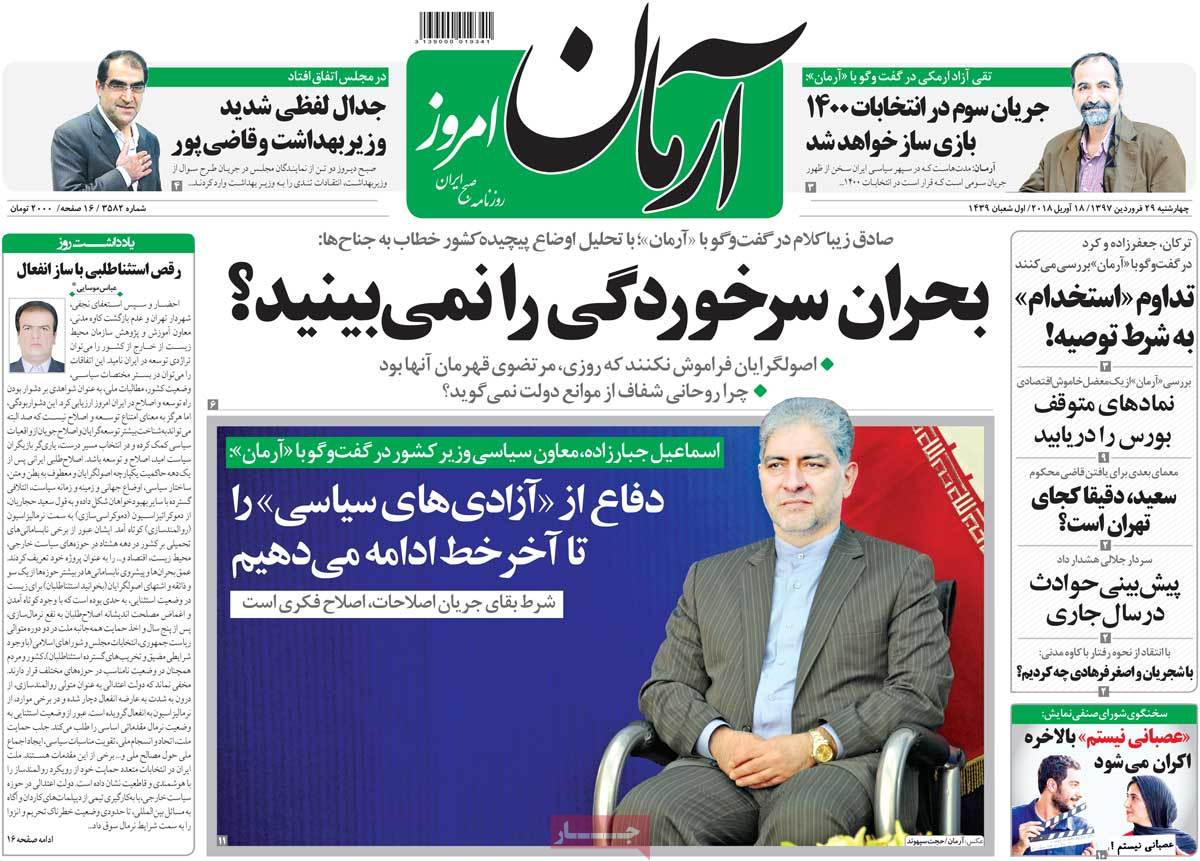 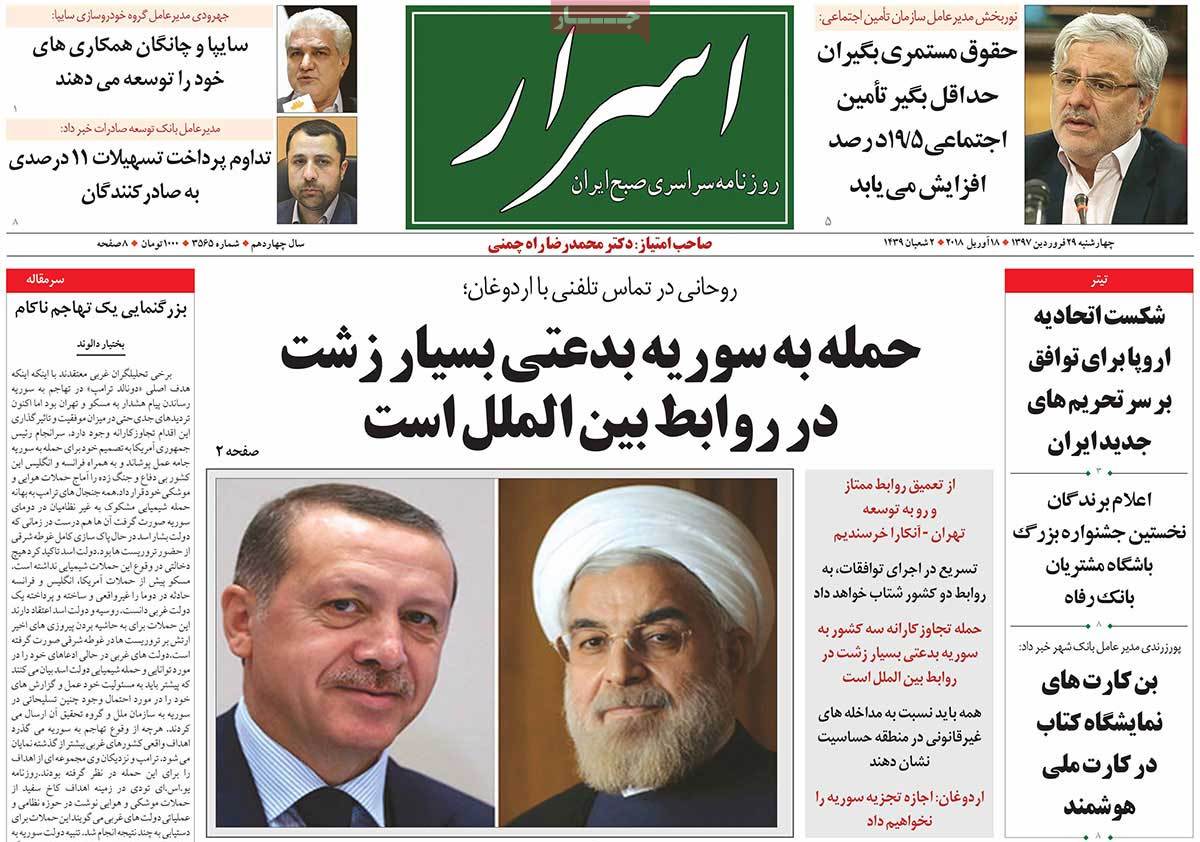 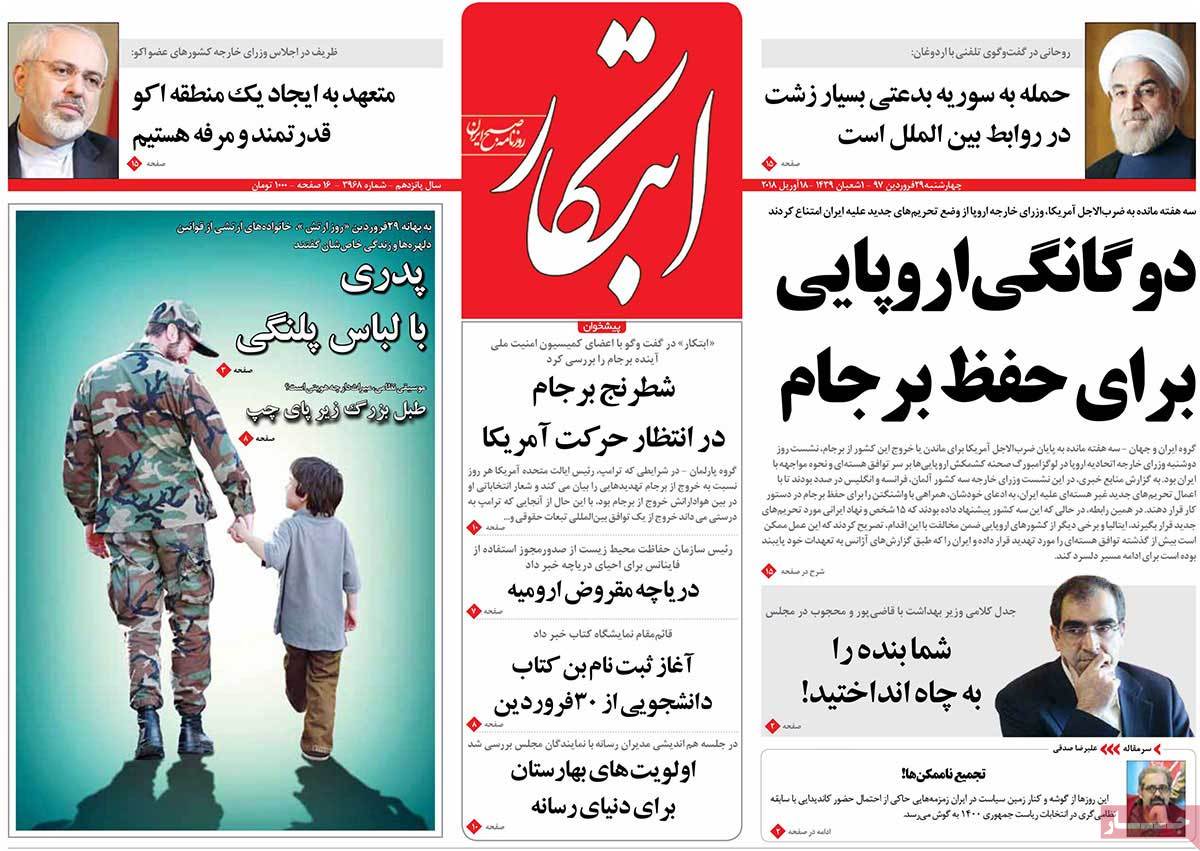 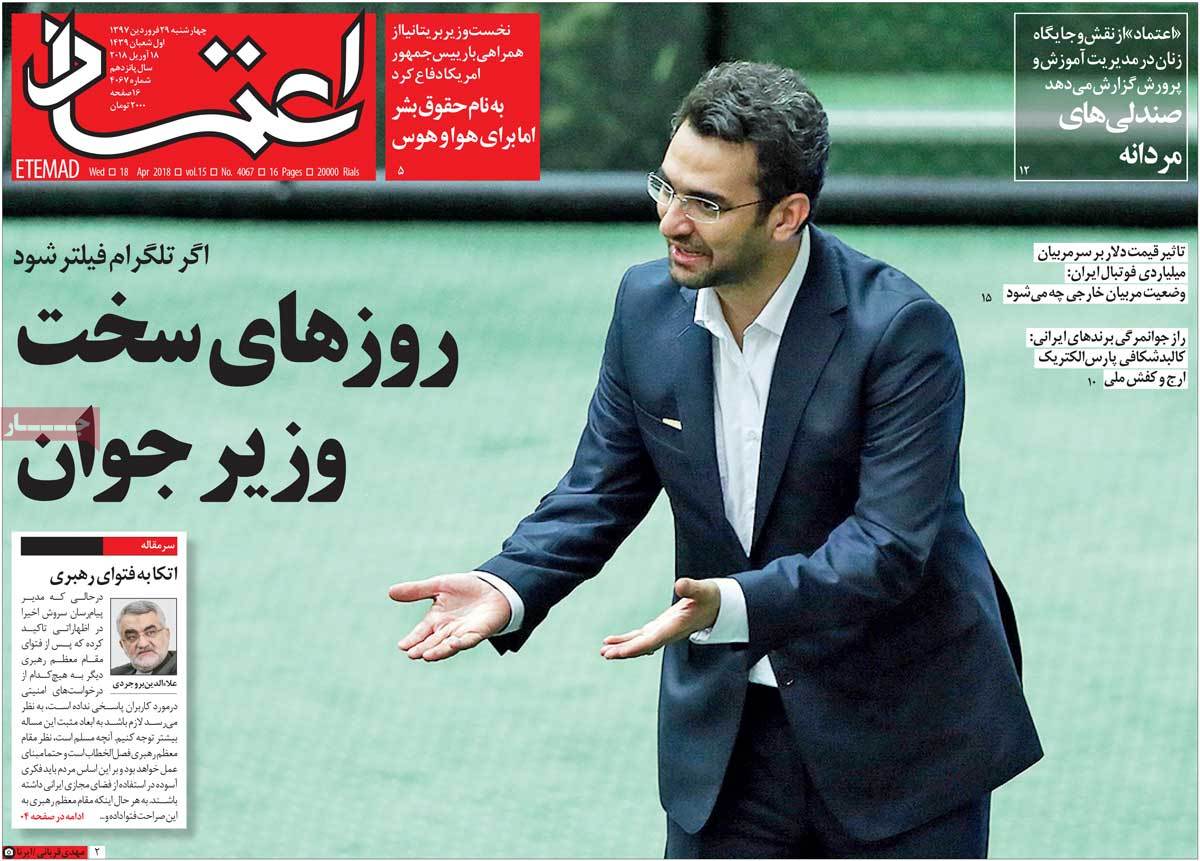 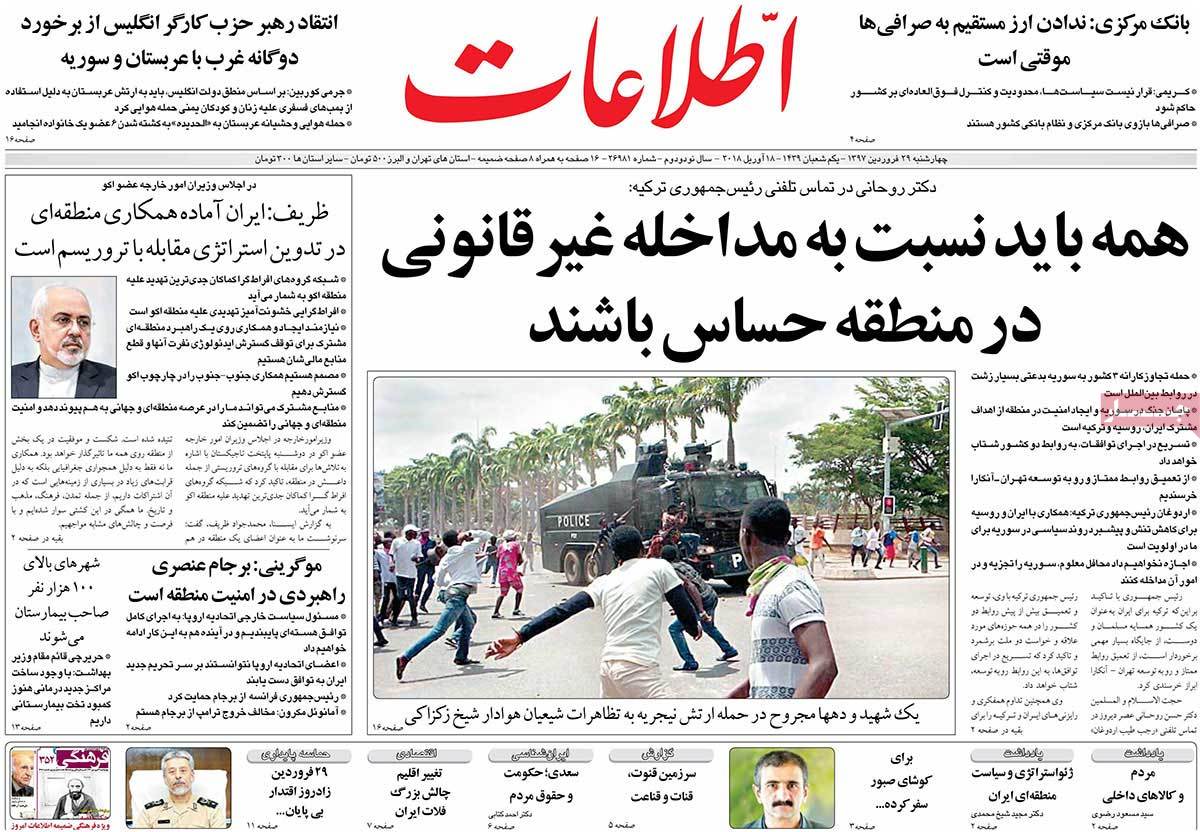 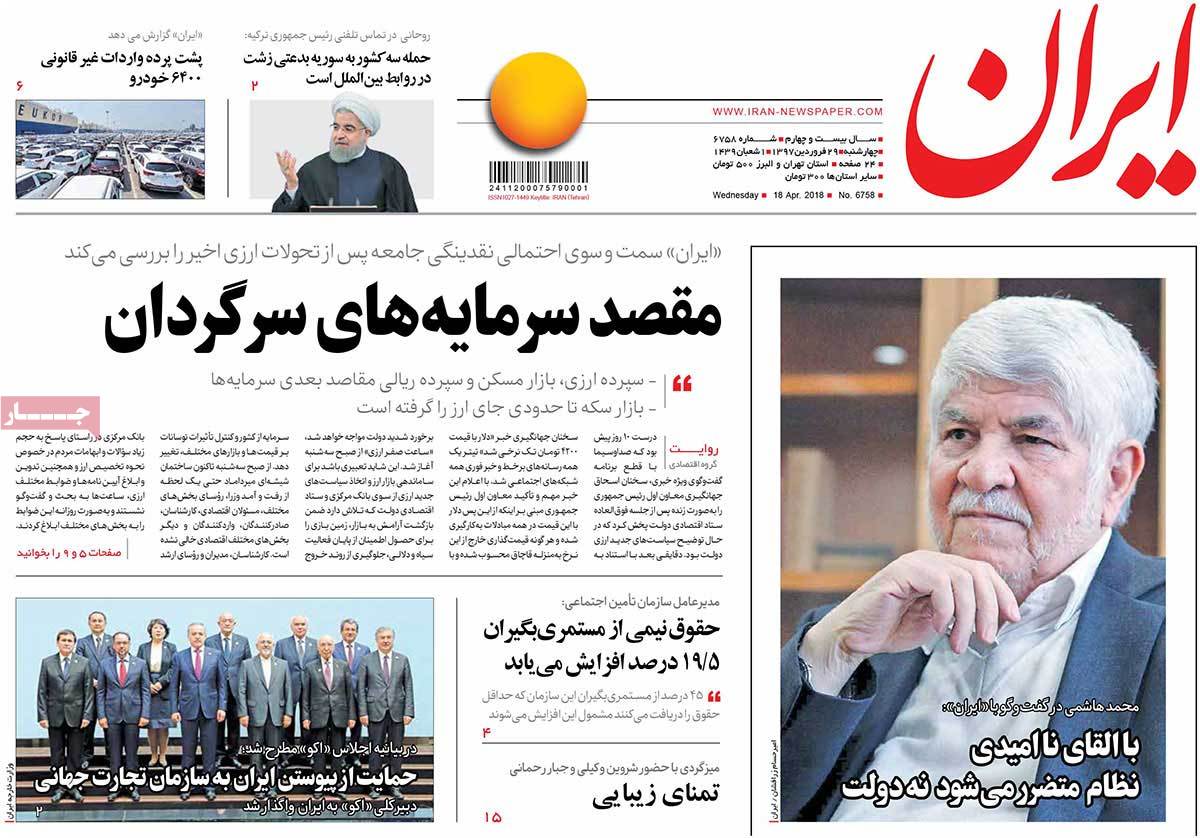 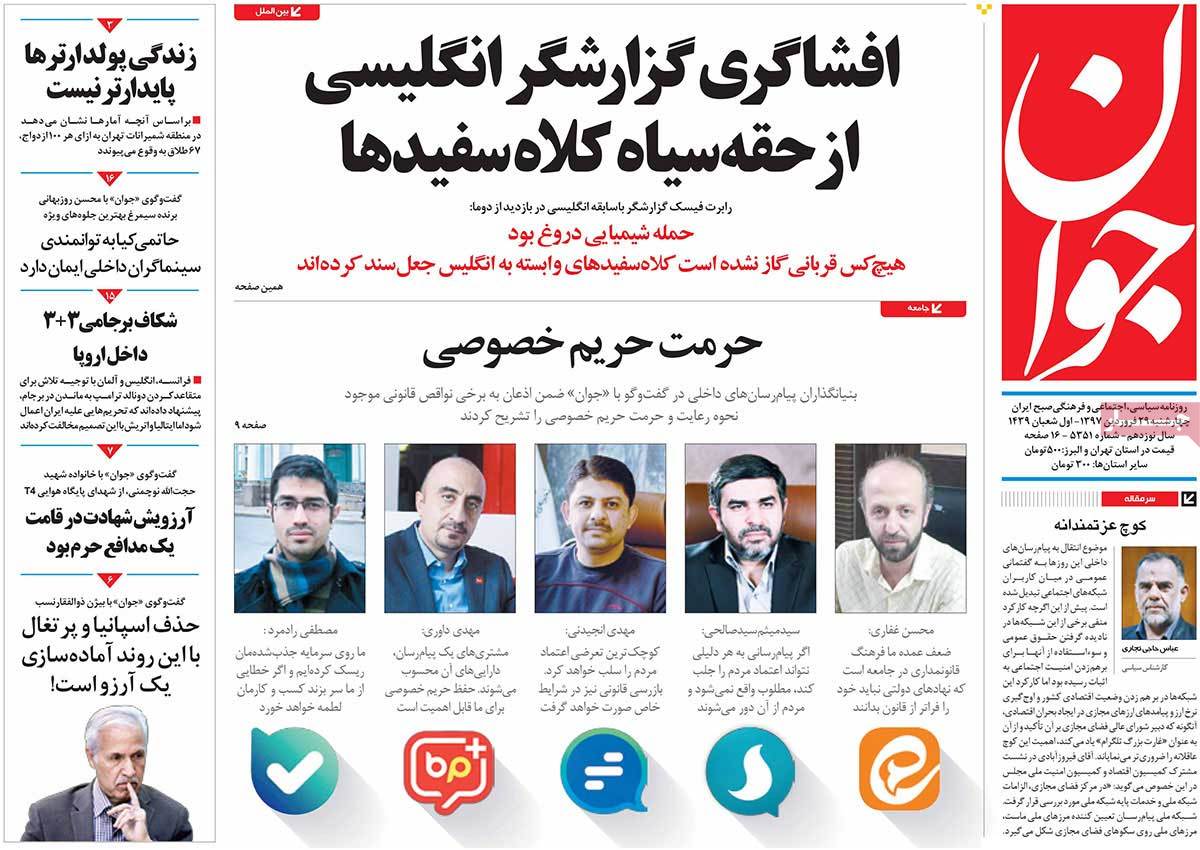 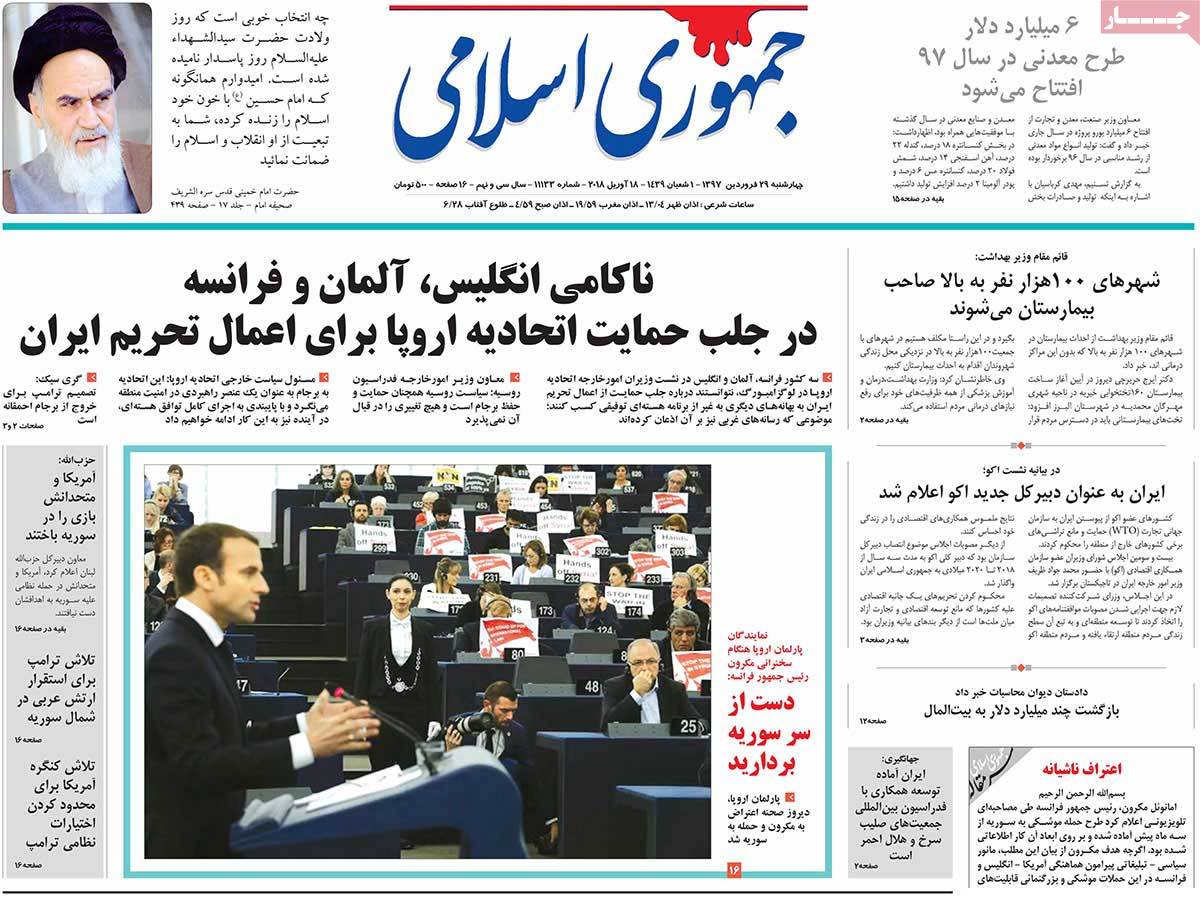 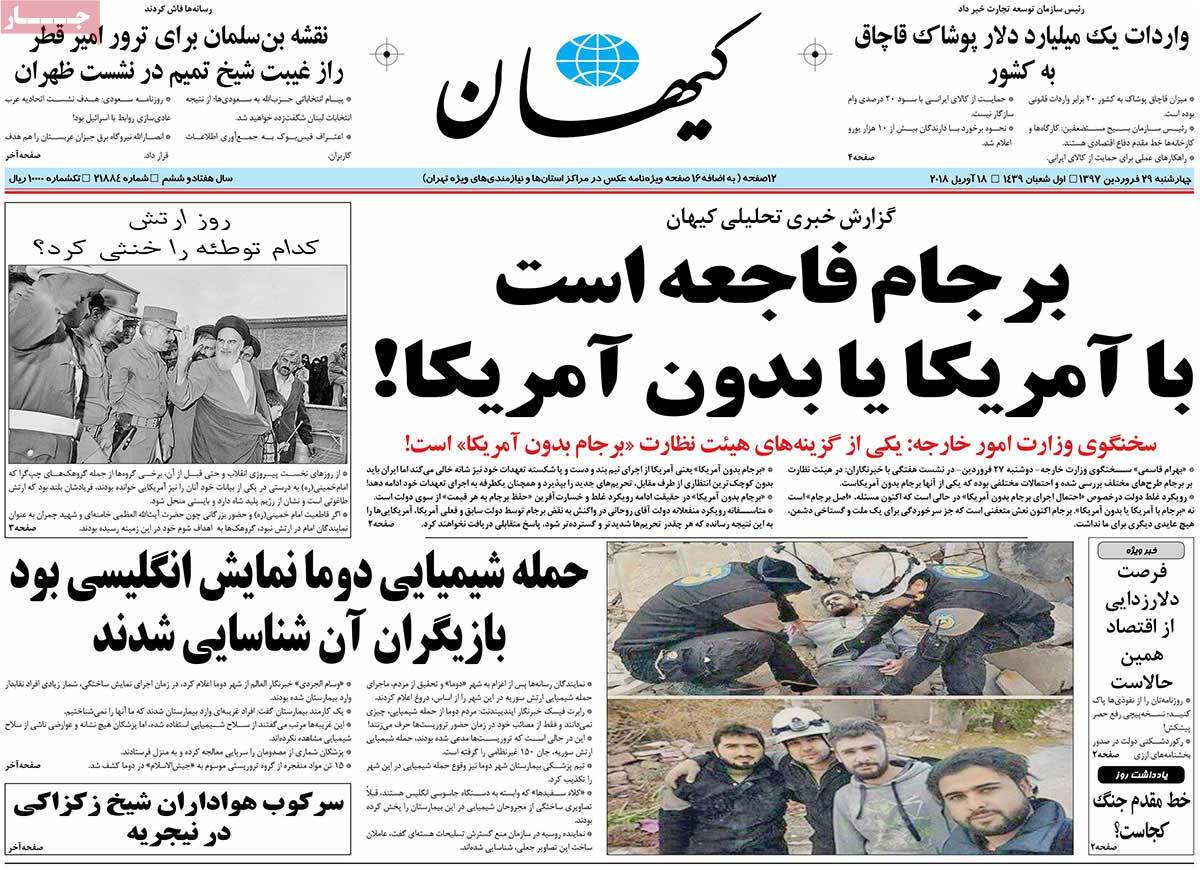 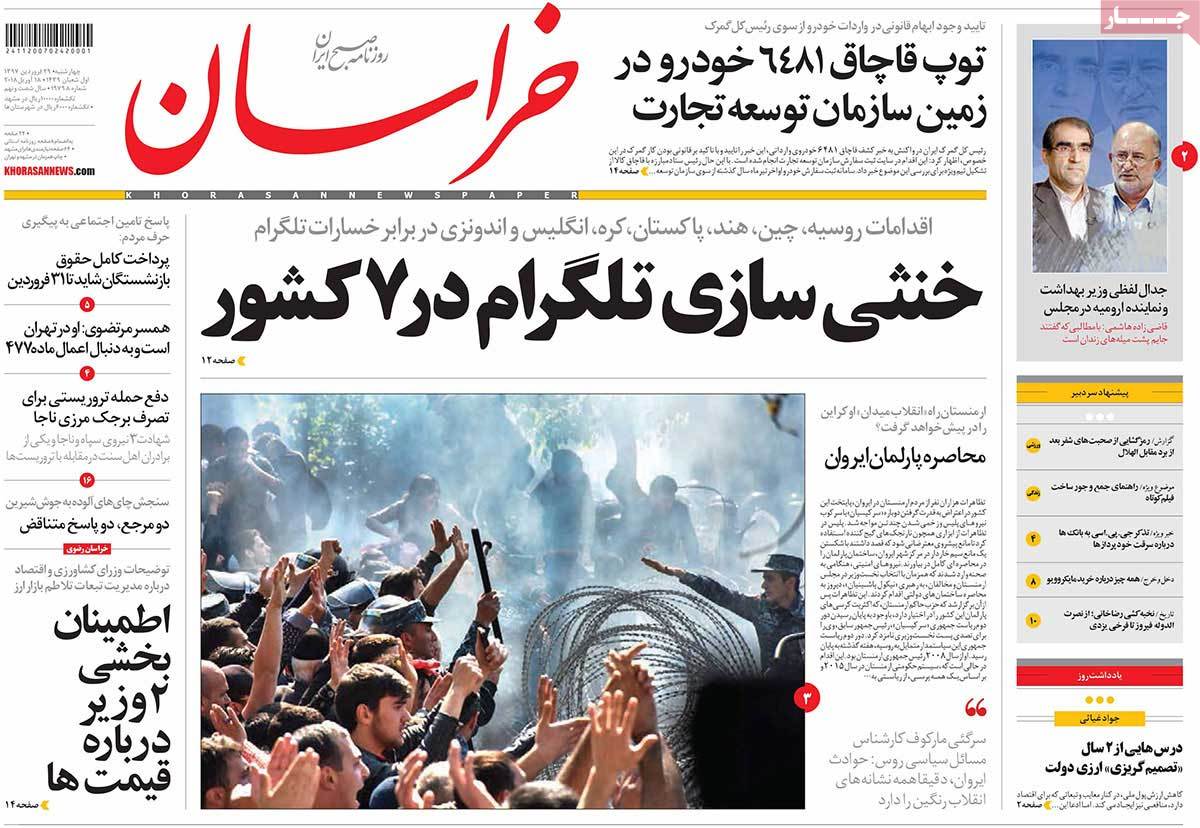 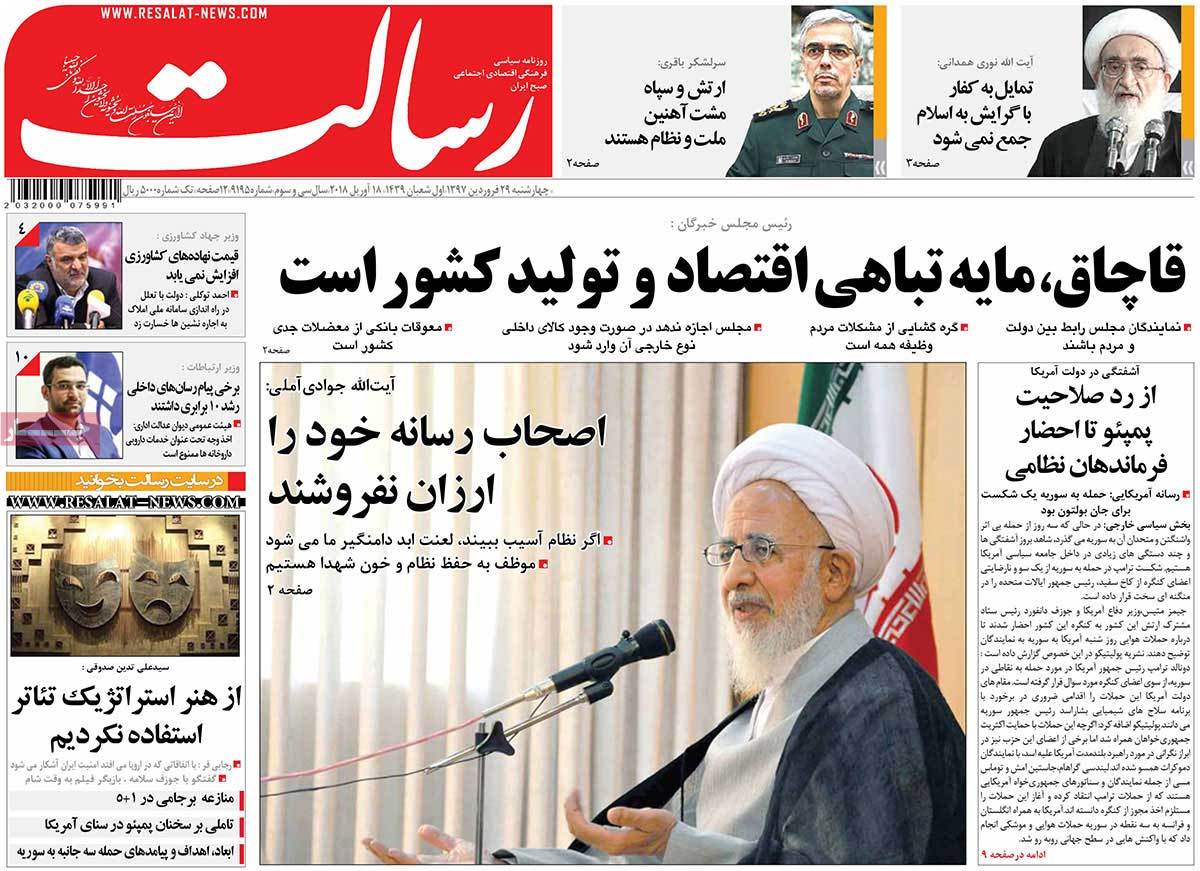 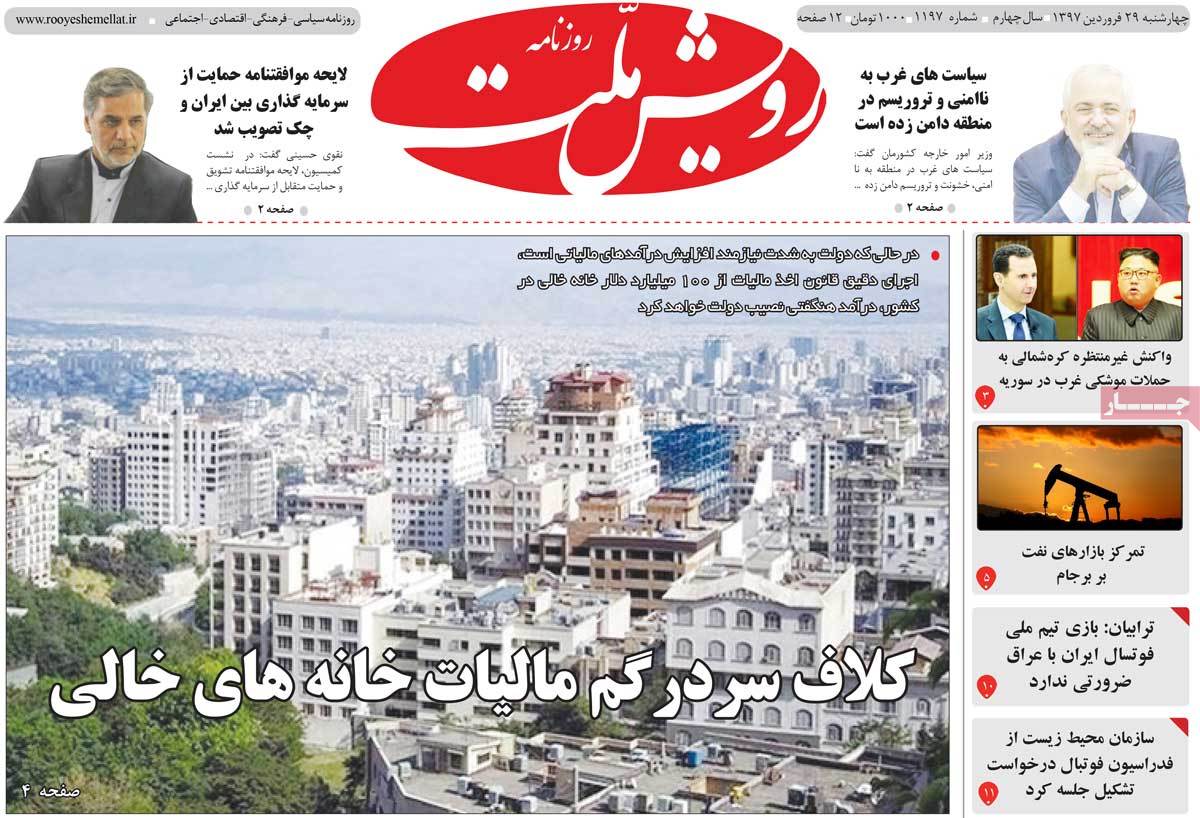 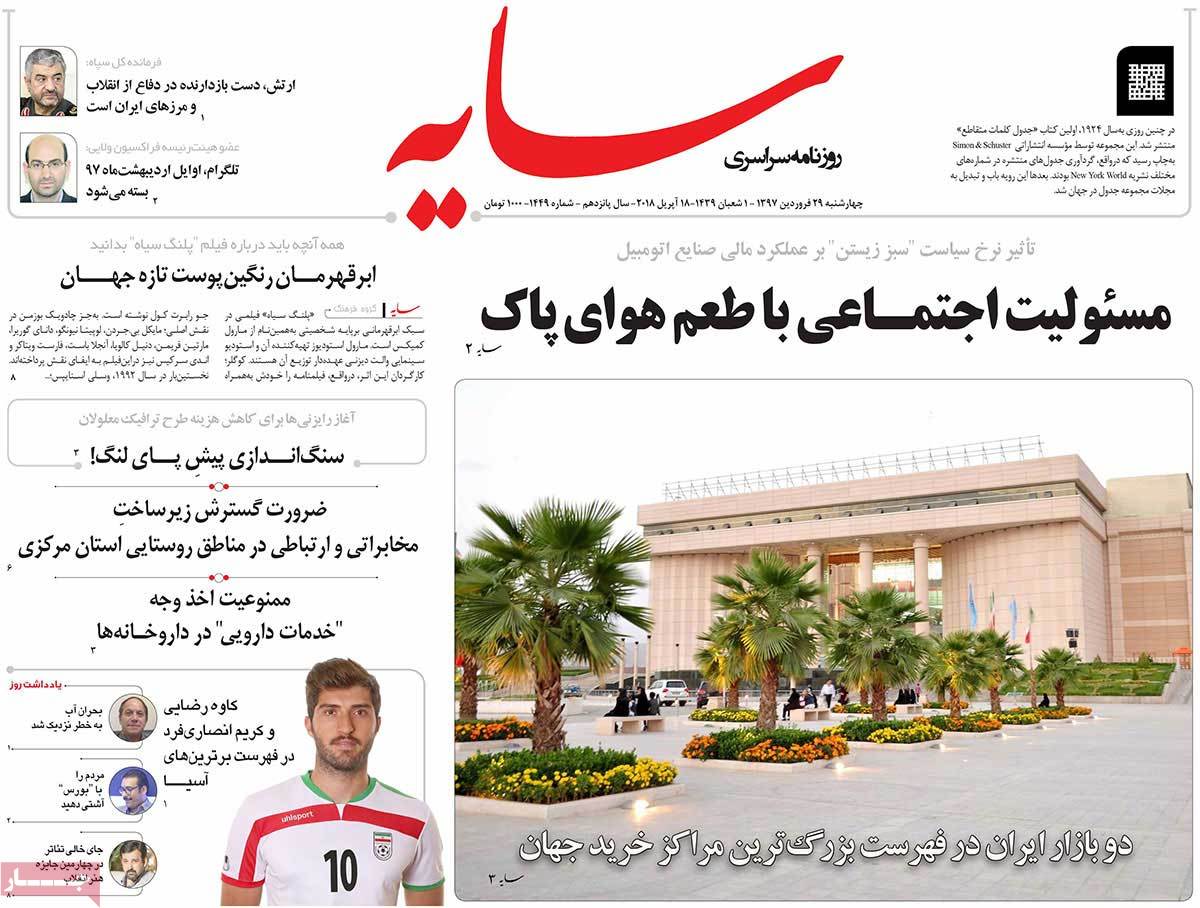 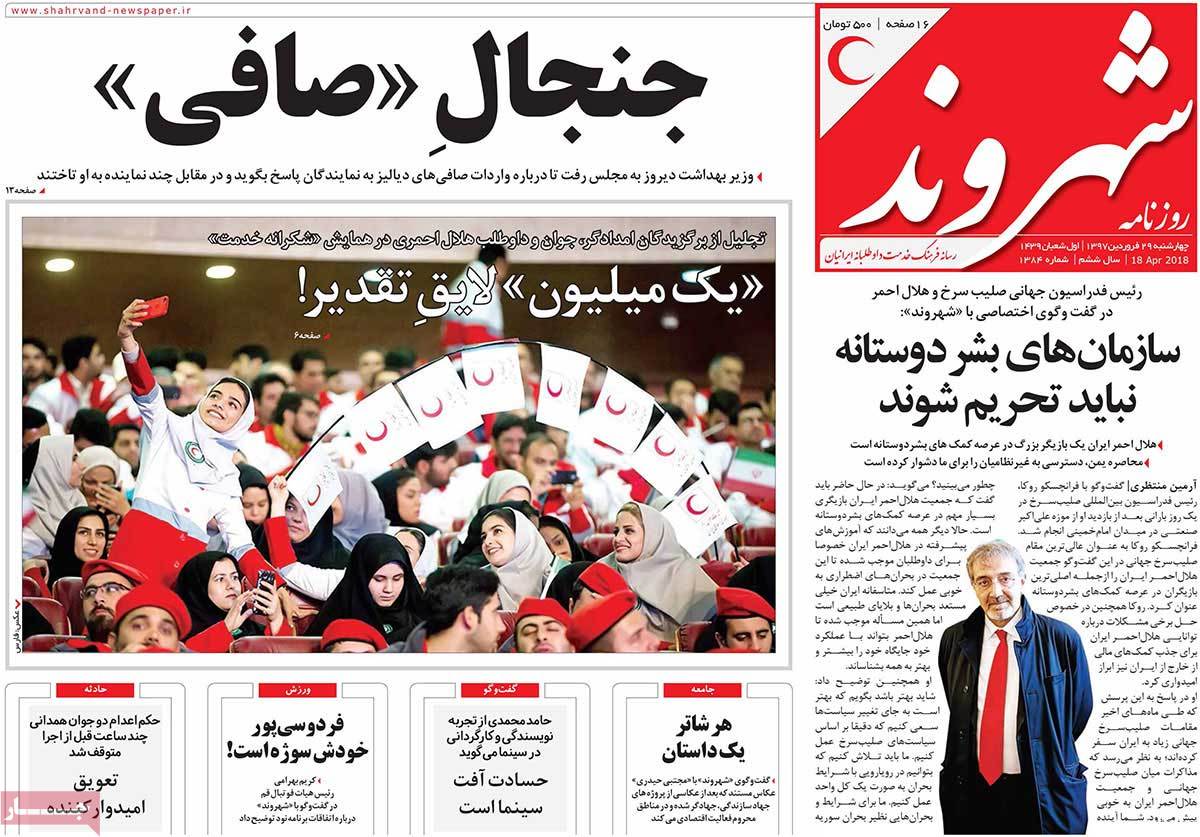 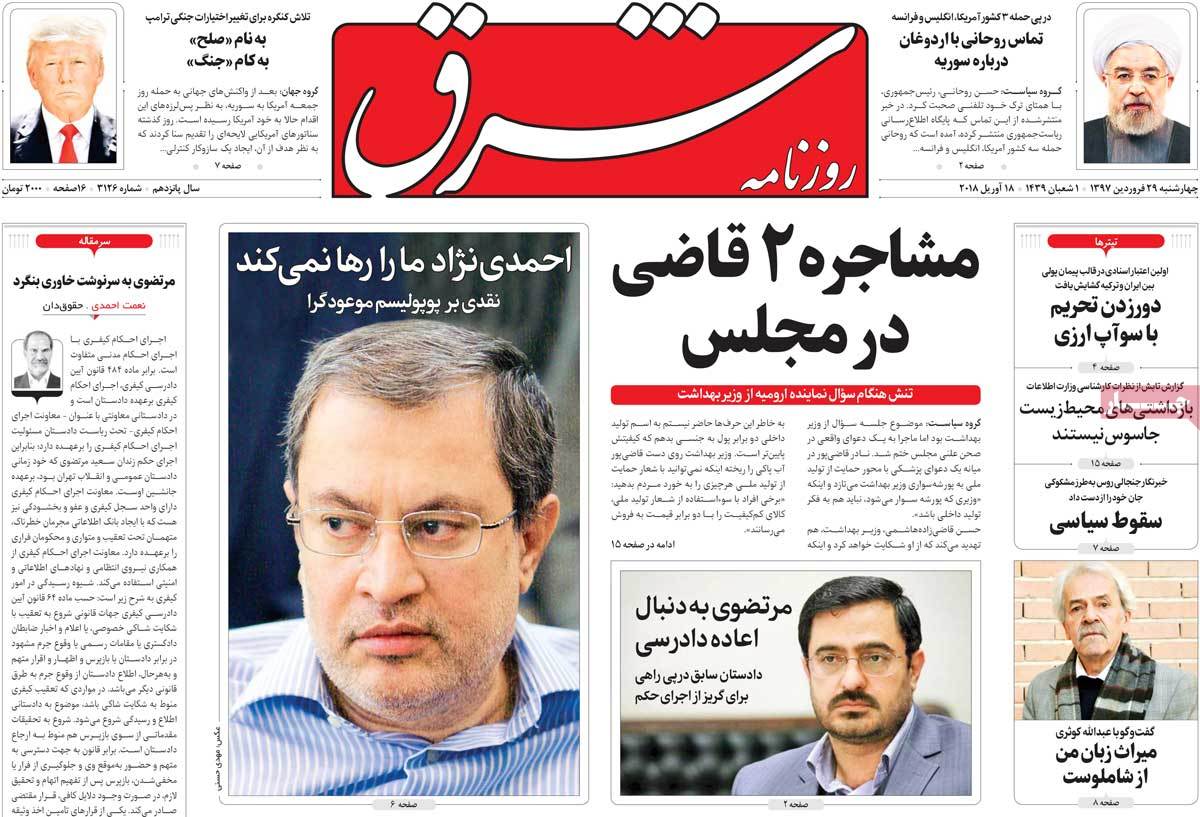 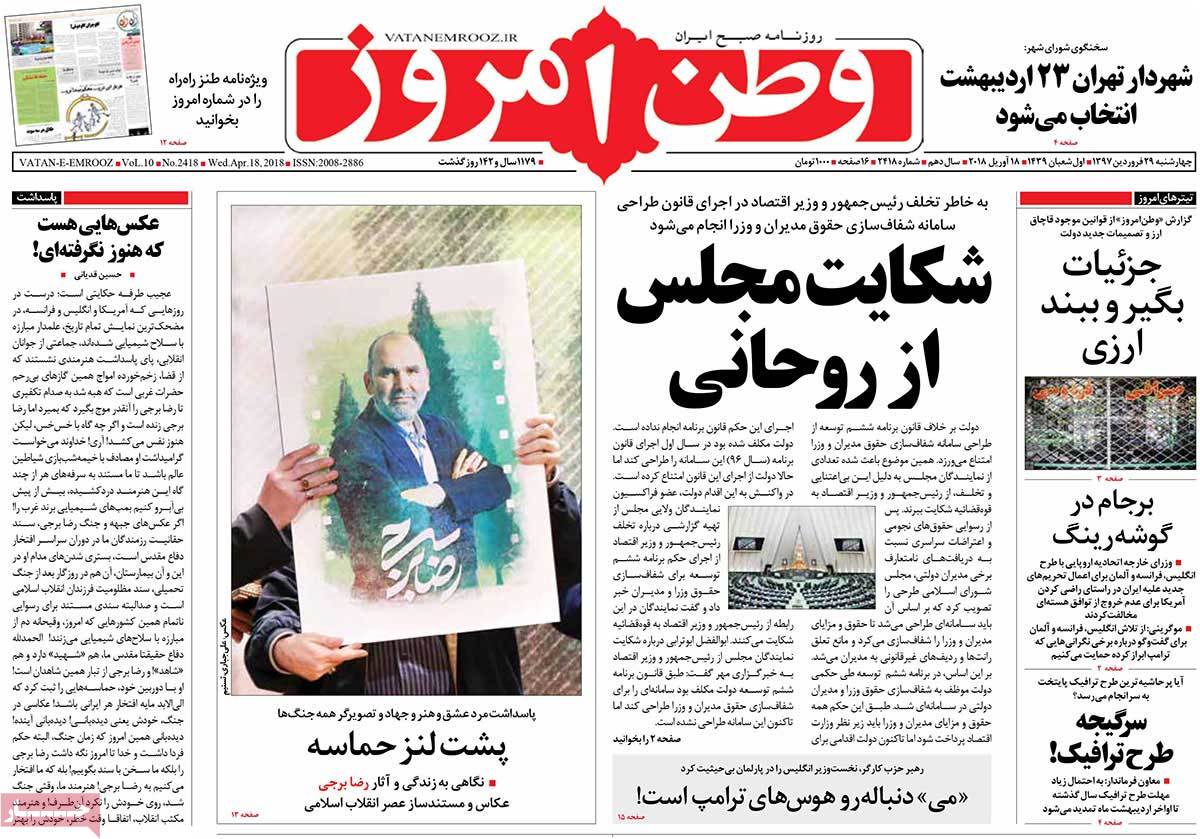